Google Home, Google’s take on artificially intelligent household devices is hitting the shelves this week. But unlike Amazon, Google’s ecosystem also consists of a massive collection of services that know a lot about you and what you do on the Internet such as the search, Gmail and a whole lot more. 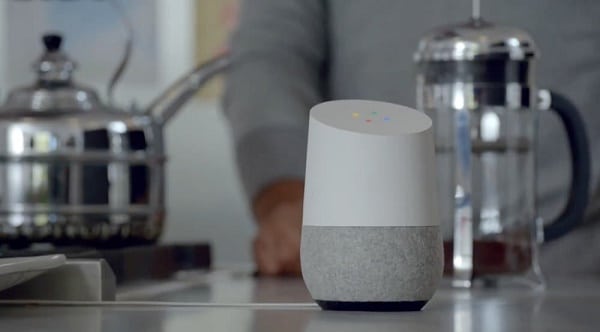 So when there’s a gadget in your home to which anyone including kids and guests can shout and ask questions, it does raise some concerns about its sources and integrations. Well, until today there wasn’t any information about how Google Home will handle multiple users but a new finding by the good folks at ComputerWorld has discovered that might alter your buying decisions.

According to Google’s official FAQ page, Google Home will be closely tied to a single person’s account who initially went through the setup process. Hence, anyone capable of talking can indirectly access that user’s personal details. Situations such as asking it to read emails, reviewing calendar events, accessing other content connected to a Google account can create a havoc unless you live alone. Additionally, the questions asked and YouTube videos played, will influence his or her recommendations, Google Now cards, and history. So, as of now, Google Home is inconveniently limited to just one account except music services. Unfortunately, there’s no guest or incognito mode which you can enable when you’re expecting company.

There are currently, though, two ways out of this – You can either go into your account settings, remove the queries others asked one-by-one or disable connection with your private matters such as emails altogether. While the former sounds a bit doable, the latter will also cut the cord for you too and reduces the value of Google Home’s capabilities by a substantial percentage. Google Home definitely needs a multi-person interface as it is meant to be used by everyone in the home. One of the most promising solutions for this is to enable voice-based account switching. However, as of now, we can only wait for Google to address this issue.

Google Home will be available to purchase in the US starting November 4th at a price of $129.

Smart Home Security: Absolute Guide to Smartly Secure your…
EGLOO Cam S4: An Intelligent Home Security Camera for the…
The best ANC headphones for work from home? Not Bose, not…
The Easiest Way to Move Google Contacts from One Google…
Realme Buds 2 Review: Really good buds for the budget me!
Realme X7 Pro Review: Very Good Indeed, But No X Factor