OnePlus’ current flagship handset, OnePlus 3 has been doing astonishingly well in the market. They’ve managed to mend most of the things they got wrong with previous generations such as the design, software stability, camera, and more. While we’re still months away from the OnePlus 4 announcement, the Chinese company might be prepping an upgraded variant. According to a new rumor posted by a Weibo user who has a reliable history in OnePlus news, the OnePlus 3T is expected to launch on this month’s 14th. 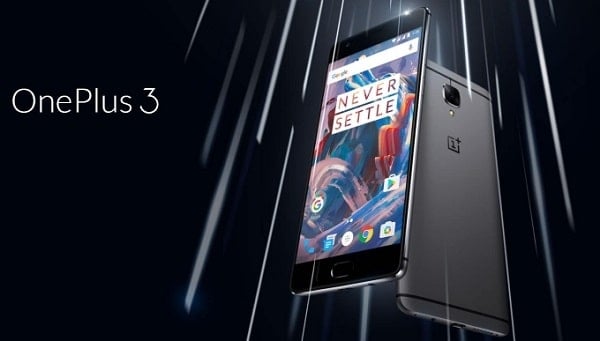 As per the rumor, OnePlus 3T will be unveiled most probably on November 14th at an event in London. It further states that the device will feature Qualcomm’s latest Snapdragon 821 processor, 6GB of RAM, and a 3300mAh battery. Additionally, the smartphone will be available in two storage variants, one with 64GB, and the other with 128GB (both with 6GB RAM itself). The report also mentions that there will be a black color option for the OnePlus 3T (T probably stands for Turbo here). I doubt, though, there are going to be any design upgrades. For the display, OnePlus’ co-founder, Carl Pei not long ago, confirmed that they will be sticking with AMOLED panels for now. Given the price, a Quad HD resolution also seems unlikely.

Also Read: The Shadow of OnePlus 3 Haunts All New Flagships

A couple of leaks recently also stated that it will feature the same camera sensor found on the OPPO R9s and R9s Plus, Sony IMX395 along with a 16MP rear f/1.7 lens. Lastly, the OnePlus 3T will reportedly run on a newer version of OnePlus’ OxygenOS running on top of Android Nougat and retail at a starting price of about $480, $80 more than the OnePlus 3.

Incidentally, it is worth noting that OnePlus recently conducted a contest in India, Diwali Dash where they picked out a participant for a sponsored dinner with Pete Lau and Carl Pei in London. Although they haven’t announced when this dinner is expected to take place, the location and timeline fall in line with the rumors. It’s quite possible that the Nov 14 date might be unconfirmed, but we expect the launch to happen this month itself. Nevertheless, OnePlus 3T sounds merely like a OnePlus 3 variant with slightly better internals. The OEM has been trying to invade the premium category and this new handset might be just their ticket into it.

TechPP is supported by our audience. We may earn affiliate commissions from buying links on this site.
Read Next
OnePlus Nord price? It could be Rs. 27,999 ($375)
#Launch Date #OnePlus 3 #OnePlus 3T #rumors