Philips Lighting has announced that it will be joining hands with Xiaomi in order to form a new joint venture. The company ahs already signed an agreement with Xiaomi in Beijing thus marking the beginning of this new joint venture. Apparently, Xiaomi will promote the development of smart and connected home lighting and Philips lighting in China. The new joint venture means that Xiaomi will be able to develop interconnected smart home lighting in partnership with Philips and also integrate it with the Mi smart home platform. 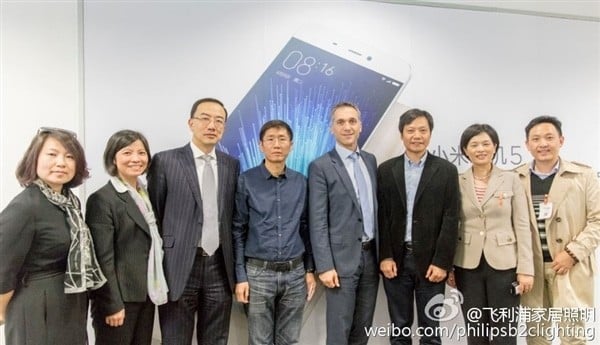 Philips, on the other hand, is a well-known name in the lighting industry, the company has in a way pioneered the smart lighting segment with the Hue range. Also, Philips has been innovating regularly in the field of LED lighting and is also developing an intelligent network. The joint venture will be 70% owned by Philips lighting and 30% by Xiaomi, that said the financial details were kept under the wrap.

However, this is not the first time Xiaomi has worked with Philips, nearly a year ago the Deutch company joined hands with Xiaomi to launch a connected desk lamp. The lamp was able to automatically adjust the intensity according to the task so that it doesn’t harm your eyes. This was all possible due to the patented light calibration algorithm which optimizes light for the optimum comfort. Xiaomi and Philips. With this partnership in motion, Xiaomi will be able to leverage Philips technology while the latter will get access to Xiaomi’s reach in the Chinese market. Philips has a stronghold when it comes to outdoor luminaries, lamps, indoor luminaries, lighting controls and also intelligent lighting systems.

Xiaomi, on the other hand, has been known for its Yeelight bedside lamp and the Smart Led desk lamp we that we mentioned about earlier. It will be interesting to see the smart connected lighting products from the Xiaomi-Philips wedlock.

Xiaomi Pad 5 Review: Taking on the iPad
Read Next
Source: My Drivers