Scrollable display technology has been making rounds in the smartphone world for quite some time now. Two of the largest Korean electronics makers, namely Samsung and LG have tried their hands at building one. Now, Samsung has decided to take it to the next level and build a Scrollable TV. 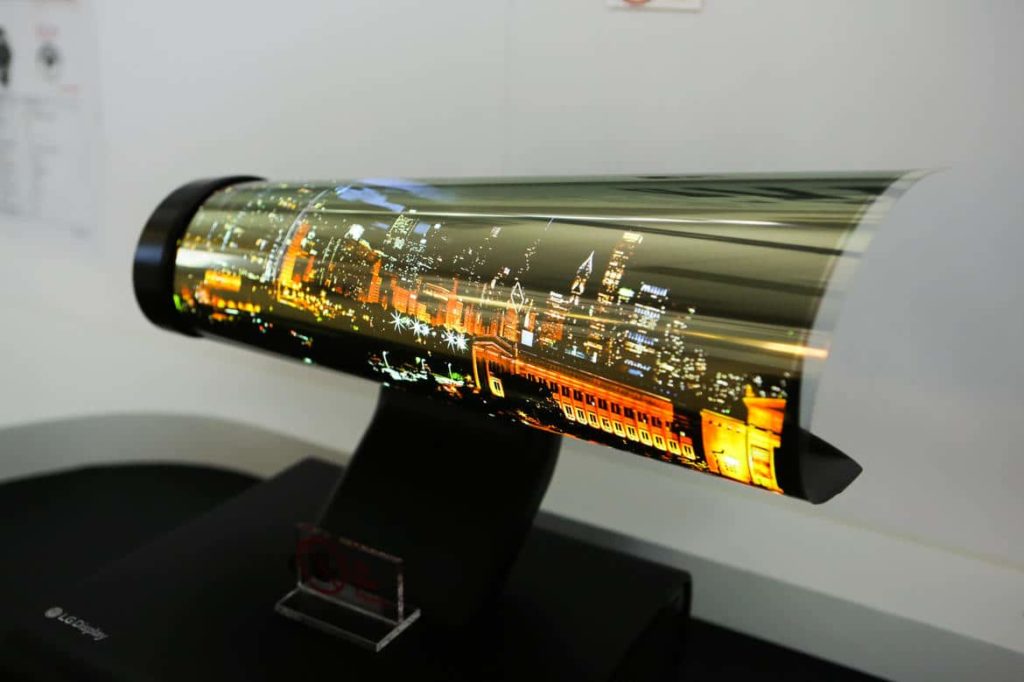 Samsung has apparently applied for a patent for the next generation scrollable TV in the United States Patent and Trademark Office. The company essentially aims to take the scrollable display technology which they built for their future smartphones onto a TV. That’s a tough task indeed. LG Display apparently was the first to the race as they showcased an 18-inch rollable OLED display during the CES earlier this year. While a TV with an 18-inch panel may be puny by today’s standards, making a scrollable display that large is one challenging task.

Just in case you are unaware, Samsung is already working on a number of ambitious projects which includes both scrollable and foldable smartphones. The Scrollable TV is only the latest additions to the list. The Korean company, in fact, showcased a rollable AMOLED display back in May at SID 2016. However, we can expect Samsung to use a much larger display than that if they plan to use it on their TV.

The scrollable display, however, contributes to just a small part of the Scrollable TV that Samsung is envisioning. It would be interesting to see how the company design the TV as a whole. They would at least require a mechanism to roll the display when not in use. So Samsung might make use of some handle for rolling it down manually or make use of some remote based technology. The whole idea behind making a Scrollable TV is mainly for space management. With this TV, you can simply roll it and store it elsewhere when not in use.

It’s worth noting that these are experimental projects, so we may not end up seeing them in foreseeable future. But just in case they succeed to pull it off, we are definitely in for something wonderful.

TechPP is supported by our audience. We may earn affiliate commissions from buying links on this site.
Read Next
Samsung Galaxy Fold 4 Tips and Tricks: Get the Most Out of Your Phone
#samsung #tv