Google Earth has been a fascinating piece of technology at the time it was launched, I remember fiddling around with the Google Earth app just to spot my house. Google Earth has drastically improved ever since and has been treated to a slew of new features. Google has now unveiled the virtual world for VR which will allow one to teleport across the world, roam the streets and fly through canyons all at the comfort of your home. 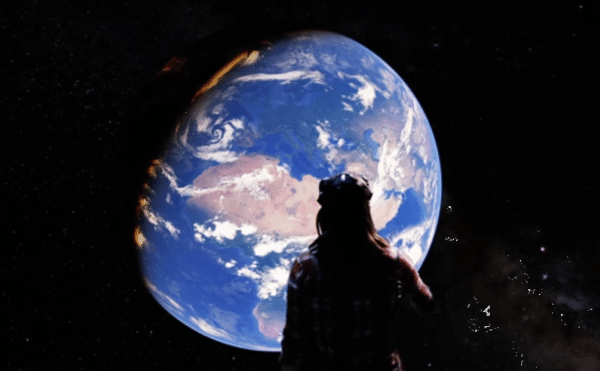 The experience has been further enriched by Google’s decision to include cinematic tours and handpicked destinations like the Amazon River, downtown Manhattan, the Grand Canyons and the ruins of Rome. The only piece missing from the puzzle seems to be the Sky and we are pretty much sure that Google Sky will be added to the offering. Google Earth VR maps the entire 196.9 million square miles of Planet earth and this should help you plan those virtual trips. Also, one can simply change the timing of the day by grabbing the Sun and moving it accross.

In Google Earth VR, you change the time of day by grabbing the sun and moving it in the sky. pic.twitter.com/B6aGIcgrEK

As of now, the Google Earth VR is free and if you own a compatible HTC Vive headset you can explore the entire planet within the comfort of your home. With the Google DayDream in the making, it is safe to expect the Google Earth VR on various platforms in the next year. The virtual traveling may prove to be an addictive thing like the Netflix Binge and this will create a novel avenue of entertainment and experience. Just like how packaged tours are being conducted in the near future we will be offered virtual traveling experience which would allow us to experience all the places around the world. A tour operator in say, India can earn revenue by creating a virtual trip and offering it to people globally. The Google Earth VR can be downloaded from the Steam Store.

TechPP is supported by our audience. We may earn affiliate commissions from buying links on this site.