Meizu M5 Note is the latest budget phablet from the Chinese smartphone firm that went official earlier today. The smartphone is an iterative upgrade to the Meizu M3 Note and joins its recently launched sibling Meizu M5 in the company’s ever-expanding device lineup. Just like Samsung, Meizu too skipped a series and opted to launch the new generation budget devices with the M5 branding rather than the M4. 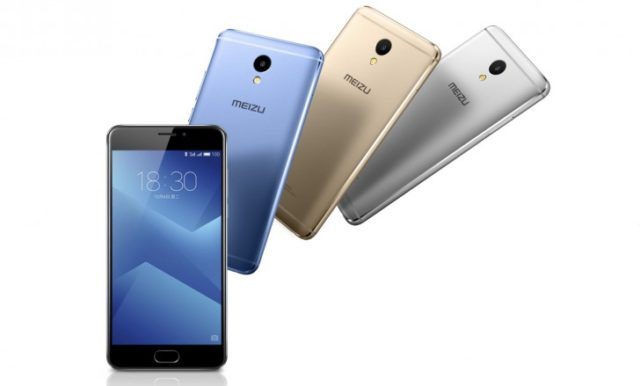 The Meizu M5 Note sports the iconic design we have been seeing from the Chinese OEM for quite some time now. The smartphone sports a metal unibody design that bears two horizontal antenna lines on the top and the bottom of the device. It goes without saying that a Meizu phone would come in a range of colors, and the case is similar with the Meizu M5 Note. The metal unibody exteriors come in a total of four colors including Gold, Silver, Gray and Blue. Among them, the Gray version comes with a black front panel, whereas all the other three have white colored bezels.

Up front, the budget phablet comes with a 5.5 inch Full HD (1920x1080p) LTPS display which is guarded by a 2.5D curved glass. Meizu claims that the display of M5 Note is capable of reproducing a promising contrast ratio of 1000:1. Powering, the Meizu M5 Note is Helio P10 octa-core processor with each core clocked at 1.8GHz each. This is mated with 3GB RAM and 16GB/32GB of internal storage. There’s, however, a higher end variant of the smartphone that packs a 4GB RAM and 64GB memory.

Under the hood, the Meizu M5 Note packs a 4,000mAH battery which is evidently bigger than the 3,100mAH unit inside its predecessor, namely the Meizu m3e. In terms of optics, the Meizu M5 Note features a 13MP f/2.2 rear camera capable of shooting 1080p videos. There’s also a 5MP unit located on the front to the top of the display that is capable of shooting commendable selfies. Besides, the front façade of the smartphone also bears an mTouch 2.0 Fingerprint sensor embedded within the home button.

TechPP is supported by our audience. We may earn affiliate commissions from buying links on this site.
Read Next
Meizu 16T with Snapdragon 855 and Triple Rear Cameras Launched in China
#Meizu #Meizu M5 Note