2017 will be the year when you will be able to control your entire home from a smartphone app. However, if anything television shows such as Mr Robot has taught us is that these devices are also highly vulnerable to malware. Fortunately, Symantec, the company primarily known for its antivirus software, has unveiled a WiFi router at CES for preventing such security breaches. 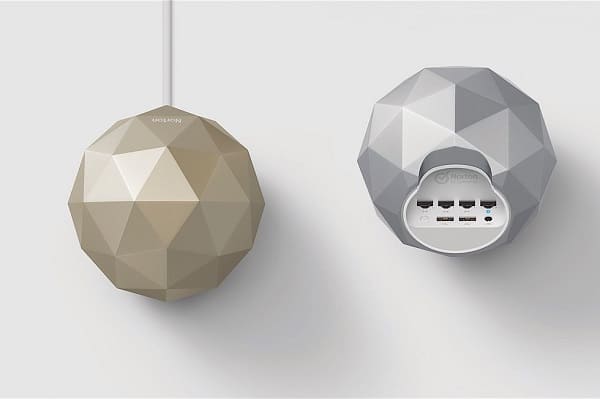 It’s called the “Norton Core” and is also incidentally Symantec’s first hardware product. The mobile-enabled router employs an extensive array of machine learning algorithms and Symantec’s threat intelligence to defend your home network which could include anything from the Nest thermostat or Phillips’ Hue lights. The device itself looks quite uncanny and resembles a disco ball. However, apart from that, this spherical edgy design also allows it to broadcast an unobstructed signal.

Furthermore, Norton Core packs a series of encrypted levels, secure DNS, automatic security updates and other specialized tools for maintaining a safe web traffic. Additionally, it will even alert you if there’s anything dubious and can also put any particular device in isolation so that the virus doesn’t spread. And of course, you can control the entire process through your phone where you will also receive notifications and statistics of threats detected and blocked. Moreover, it features parental controls if you’d like to establish limits such as set a timer on their internet use.

In terms of raw specifications, Norton Core comes with Wave 2 WiFi and is powered by a dual-core processor clocked at 1.7GHz. It has a range of 3,000 to 5,000 square feet and comes with device priority features. Lastly, it supports 2.4GHz and 5GHz transmission, as well as 2.5 Gbps 3.

Norton Core will be available for pre-order at a price of $200 with a complimentary one-year subscription to Norton Core Security Plus. Normally, though, it will cost you a sum of $280. You can connect an unlimited number of IoT gadgets and 20 regular devices that include computers, phones and tablets. There are two color options – Titanium Gold and Granite Gray. It will ship sometime in Summer.

TechPP is supported by our audience. We may earn affiliate commissions from buying links on this site.
Read Next
Kent CamEye Homecam 360 Review: Stay Connected with Your Loved Ones
#CES 2017 #Norton Core #Smart Home Security #Symantec #WiFi Router