Samsung has updated its Galaxy J1 4G with 4G VoLTE support in India and the updated device will start retailing at Rs 6890. The Galaxy J1 4G will be available in Gold, Black, and White colors. Samsung had launched the Galaxy J1 4G in 2015 but it didn’t support VoLTE which has been one of the most sought after connectivity feature especially after the advent of Reliance Jio in India. However, the Samsung Galaxy J1 2016 comes with updated hardware and is better equipped than its predecessor. 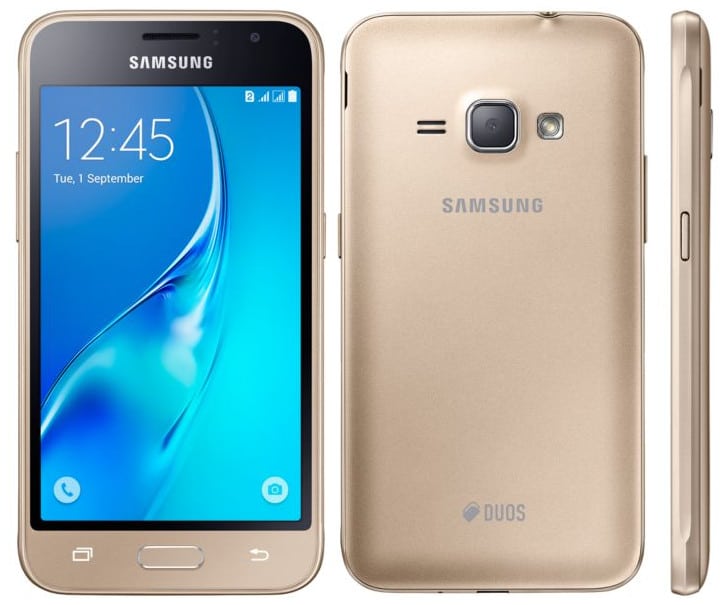 The Galaxy J1 4G is fitted with a 4.5-inch Super AMOLED display set to resolve at 800 x 480 pixels and is powered by Spreadtrum SC7727SE clocked at 1.3GHz and paired with 1GB of RAM. On the memory front, the device offers 8GB of internal storage along with a microSD card slot. Camera setup on the Galaxy J1 4G includes a 5-Megapixel primary sensor with LED flash and a 2-Megapixel secondary sensor.

Samsung has also included the S Bike Mode, Ultra Data Saving and S Power Planning for the Galaxy J1 but it’s still not clear on whether the device will be running on Android 5.1 or Android 6.0. The connectivity options on the Galaxy J1 4G include 4G VoLTE, Wi-Fi 802.11 b//g/n, Bluetooth 4.1 and GPS. The Galaxy J1 4G is backed by a 2050mAh battery that’s charged via the microUSB.

TechPP is supported by our audience. We may earn affiliate commissions from buying links on this site.
Read Next
No Cellular Signal? You Might Soon be Able to Make Phone Calls via WiFi
#Samsung Galaxy J1 #Samsung Galaxy J1 4G #VolTE