Net Neutrality, Broadband Access…DTH Still Does not Have Much Hope

Ever since I wrote the article on the impending demise of DTH in India, a number of people have highlighted that the current fair usage policy (FUP) of fixed broadband providers is simply not high enough to provide IPTV and that Net Neutrality can be a potential issue. 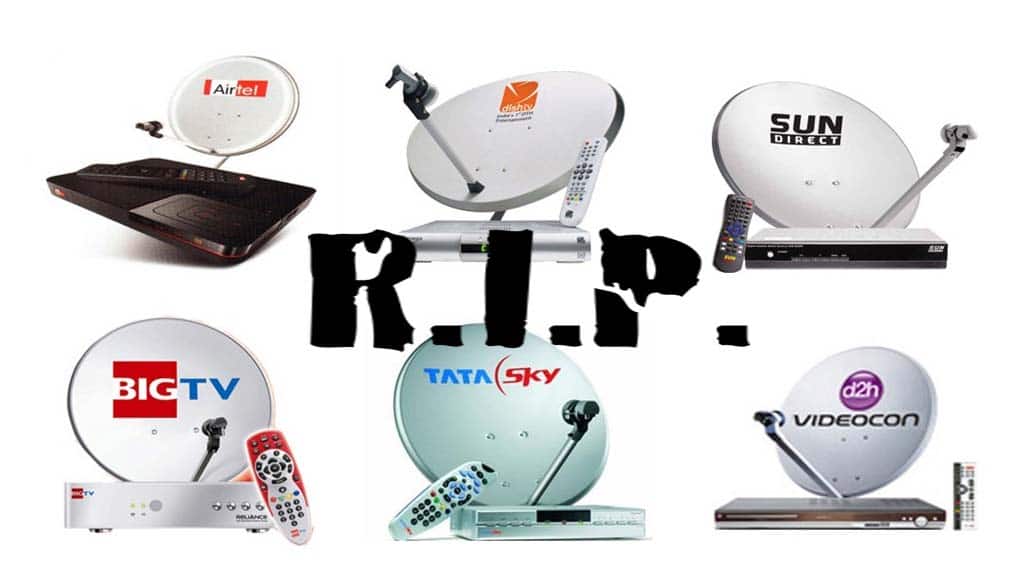 Well, as regards Net Neutrality, TRAI has made it clear that any attempt to prioritize a particular form of data over another form of data will be seen as a violation of Net Neutrality. TRAI did make an exception for intranets but the intranet clause remains cloudy with the only way to get clarity being litigation. While TRAI has said that content hosted on intranets will be exempted from Net Neutrality rules, it has also clarified that any attempt to use intranets to willfully skirt Net Neutrality rules would be seen as a violation. The only way we can get any clarity on this is if a telecom operator/ fixed broadband provider uses the intranet clause to zero rate/prioritize a particular form of content, gets a fine slapped on it by TRAI and then contests that fine in court. After that, the court’s decision would be taken as the final word.

But I sincerely feel that we do not even have to take Net Neutrality into consideration. There is going to be a huge change in the Indian wired broadband landscape thanks to Jio. The changes are already visible in the wireless segment. While earlier people were forced to live with FUPs of 1 GB/month, now the figure has shot up to 1GB /day. This is an increase of 30 times and absolutely on par with what most international operators offer.

What one has to take into consideration is that Jio’s backbone network/core network is very strong and massive. The company has carried more data than all of US combined and half of that of China. When it comes to wireless, the amount of data that can be provided at a particular speed is stymied by spectrum. Spectrum being a natural resource is limited in quantity and despite the Government’s effort to improve the spectrum availability in India, Indian operators still have 4-5 times lesser spectrum than their US counterparts. Still, Jio is providing unlimited plans to go head to head in every possible metric.

If Jio can improve the FUP situation in the wireless segment by 30 times overnight, then surely it can easily pull off a similar increase or an even higher one in the fixed broadband network considering that spectrum is not a bottleneck over here and Jio’s backbone network has already shown that it is more than capable of carrying a Tsunami of data. Currently operators like Airtel, ACT already provide FUP of 200 GB or so on their higher end plans. Even if Jio goes ahead and improves the multiple in the fixed wireless space by 15x, i.e., half of that of the 30x improvement it has brought in the wireless segment, then one can start seeing FUPs of 2TB and more easily at least on the higher end.

The problem with Indian telecom and the fixed broadband industry is that no player with really deep pockets has ever invested over here. Almost all the current incumbents in the telecom segment started small and have expanded their operations only where there has been at least some sense of guarantee in terms of ROI. For example, even in the case of 3G, the initial roll out was only in metros and it took a lot of time for the incumbents to expand 3G coverage beyond metros to Tier 2 cities and towns and then eventually to villages in Category A circles.

The situation is similar when it comes to fixed broadband. Players like ACT, Tikona, etc., mostly cater to multi-storeyed apartments in metro areas where there can be decent returns. Similarly, although Airtel has better coverage than the smaller broadband players, it still makes quite a number of strategic bets and absolutely does not cater to certain suburban areas and Category C circles like Orissa. The only player that provides broadband on a truly pan-India basis is BSNL, but that has been highly mismanaged.

Jio has been the absolute opposite of these. It already has a pan-India 4G network up and running that is larger than the 3G network of incumbents and at par with 2G networks coverage wise. It must be noted that Jio had already invested a huge sum of money on 4G networks even before they managed to earn a single penny in return. If Jio shows even a fraction of aggression in the fixed broadband space like what it has shown in the wireless space then India’s fixed broadband penetration will change radically.

If that sounds hard to believe, consider how before Jio launched, it took Airtel almost six years in order to hit close to 50 million 3G/4G subscribers. In comparison, Jio managed to sell (or give away?) 100 million 4G SIM cards in a short span of six months. Assuming Jio shows a similarly aggressive attitude in fixed broadband, then it can sign up as much as 10-15 million fixed broadband subscribers in less than a year. Once Jio becomes aggressive with its fixed broadband plans, other players will have no choice but to catch up. 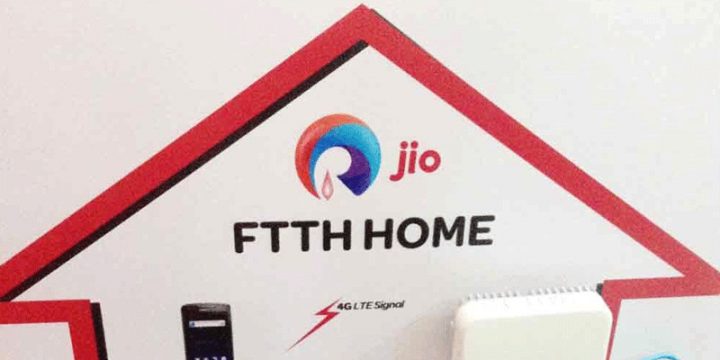 Airtel, Vodafone, and Idea would have in no way increased the pace of their 4G roll out to such an extent had it not been for Jio. Similarly, it is just a matter of time before Airtel and Vodafone start improving their fixed broadband service once Jio steps in. The foundation for this is already being laid. Consider how Airtel’s V-Fiber initiative came right around Jio’s launch and how Vodafone gained 100 per cent ownership of You broadband, once again at around the same time as Jio’s launch.

Another defense I found for DTH was that cord cutting was not as prominent in the US despite the good availability of fixed broadband and wireless broadband. The problem with the US is that distribution and content have long been controlled by the same parties. For example, Comcast is the largest cable provider in the US and also owns NBC Universal, which owns some of the biggest studios in the world and NBC is actually amongst the top three TV networks in the US.

Similarly, Time Warner which owns HBO has its own cable service in the US called Time Warner Cable (TWC). This common ownership of both content production and distribution has stopped cord cutting from being as rampant in the US as it could have been. In short, since the cable companies/MSOs of the US themselves were involved in the production of content; they were highly reluctant in licensing it to OTT players as it would dilute their business model. 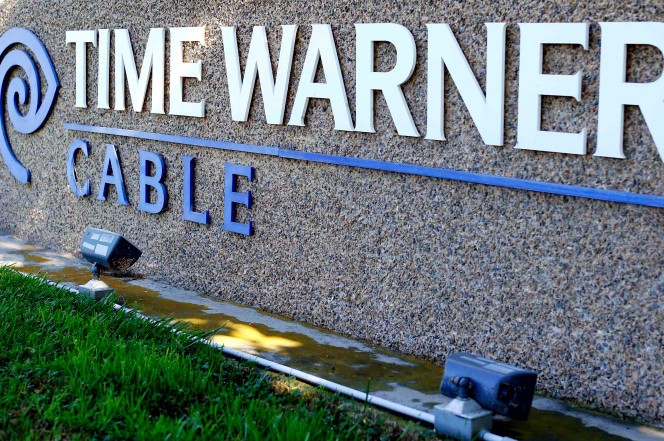 But despite the reluctance towards licensing content to OTT apps, players such as Netflix have only become stronger as time has passed by and now are big enough to produce their own content so that they do not have to be at the mercy of studios.

No such problem exists in India.

Tata Sky doesn’t produce Kaun Banega Crorepati nor does it make CID. The MSOs/DTH operators of India are not involved in the production of content in any possible manner. Similarly the companies/broadcasters such as 21st Century Fox’s Star, Sony, Viacom, etc., that actually make the content we all see do not have any distribution mechanisms to protect. This provides free ground for OTT apps grow. In fact, learning from the mistakes of content producers in the US, content producers in India are actually embracing OTT instead of opposing it – Star is the company behind HotStar, Sony behind Sony Liv and Viacom behind Voot. The fact that one can watch almost every single match of IPL on the HotStar app, speaks volumes as to how open India is to OTT. In comparison, getting ESPN in the US without being a cable subscriber is a nightmare.

As long as some company is willing to provide the required licensing fees/carriage fees, content producers in India will be more than happy to license their content. Jio TV literally has every single channel one could hope for from a DTH or a cable operator. Services like Sling TV, Playstation Vue, etc., that aim to appease to cord cutters in the US have a much slimmer channel selection compared to a full blown cable subscription.

Jio’s entry will be aggressive, brutally so!

Apart from making mega-sized investments in India, Jio has also shown that it is in no hurry to generate a return on those investments and would rather starve its competitors to death instead of going easy. I have already detailed in the past how making voice free has killed close to 80 percent of the telecom industry’s revenue source. Similarly, by providing unlimited plans at just Rs 300 or so, Jio is even limiting monetization on the data front by a significant margin.

You can see the pricing of unlimited plans in the US in the table above. Even the cheapest plan costs around USD 60 or so. Meanwhile, Jio is providing y similar plans in India for as low as USD 5. Even after taking India’s scale into consideration, US$ 5 is woefully cheap and is definitely a loss making proposition.

When a company can be so brutally competitive in the wireless market, surely it can be just as brutally competitive in the fixed broadband and IPTV market as well. It would not be a stretch to assume Jio giving out fixed broadband connections for as low as Rs 500 with FUP coming in TBs and all Jio services bundled in for free, Jio TV being a part of the Jio services would essentially make the IPTV part absolutely free.

Now if someone is willing to provide you both internet and TV for as low as Rs 500, then why would anyone want to stick with DTH?

DTH operators filled a void, but are now avoidable!

What has really happened in India is that DTH operators filled a void. Although TV was the most common form of entertainment in India, MSOs never really bothered to improve the average linear TV experience. DTH operators filled that void by providing set-top boxes (STBs) that were pretty good 7-8 years back. There is nothing wrong with starting a business by filling a void but over time one needs to build a moat to protect that business and Indian DTH operators have none.

The only thing that Indian DTH operators had going for them was that the poor state of Internet infrastructure in India, which had limited any meaningful competition from IPTV but that seems to be set to change. If the company that has managed to lift India’s average Internet speed from 2 Mbps or so to 5.6 Mbps in a matter of months and has also sold a 100 million 4G SIM cards, when that company enters fixed broadband, disruption is bound to happen.
DTH operators have no moat around them. They have no original programming and the content that they have can be easily licensed by anyone else. Their STBs seem like toys in a world where mobile SoCs have improved by leaps and bounds. Their cost structure is simply not coming down anytime soon.

All of which adds up to just what I had said earlier:

RIP, DTH. You once filled a void, but thanks to your lack of innovation, you are likely to become increasingly avoidable.

Redmi Note 8 Pro Review: Much Bigger, Much Better - Plizz to…
"Too expensive!": Does Xiaomi have an image problem in…
RAEGR MagFix Duo Arc M1330 Review: A RAE (GR) of…
Seven things we hope to see in tech in 2021...but know we…
[Review] iPad (9th generation): Still suffix-less, still…
[Tech Ad-ons] OnePlus 7T: RDJ Plus Dance… and not much else