Is it Good enough for Micromax's redemption?

It is one thing to be largely absent from a very competitive market for more than a half year. It is quite another to launch a device that seems a tad out of the routine normally associated with a well-known brand.

The Micromax Dual 5, therefore, has its phone-y plate full when it comes to expectations and hopes. Not only is it the first flagship level device from Micromax since the Canvas 6 and 6 Pro were launched last year, it also represents the Indian brand’s foray into a segment which it has generally tended to steer clear of – the higher priced smartphone segment. Micromax has gone north of the Rs 20,000 price band (most notably with the first Canvas Knight) in the past, but it is best known for what many call its “value for money” (read “super affordable”) phones, especially around the USD 150 territory. Mention “Micromax” and most people will conjure up a mental image of a device that might not sport a gorgeous design or cutting edge specs but would deliver a decent dollop of performance for not too many dollars. 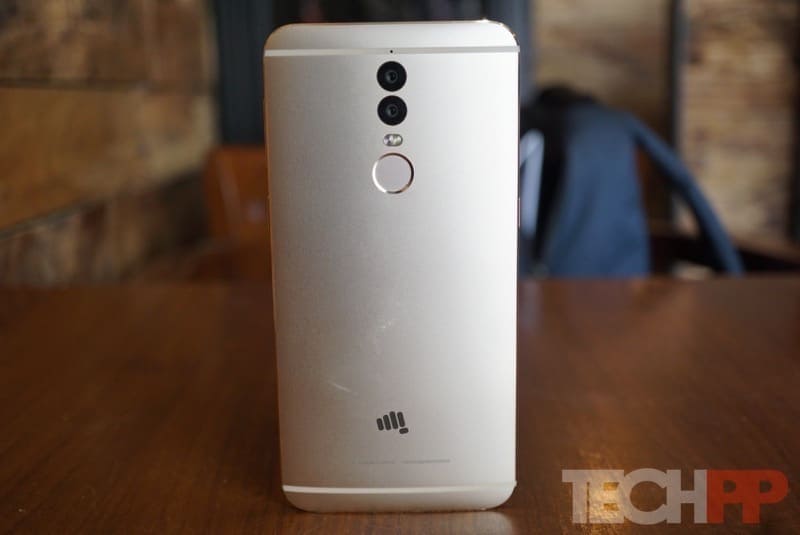 The front is all about the 5.5 inch Super AMOLED display made of 2.5D Gorilla Glass 3, below which are three touch keys for navigation, and above which comes a selfie camera with flash. The left has the hybrid dual SIM slot and a customizable button with red accents. The right has the volume rocker and power/display key, the base has a USB Type-C port flanked by speaker grilles and on the top is the 3.5 mm audio jack with an infrared port. The back curves out gently giving the phone a very hand-friendly feel, and comes with the feature that gives the phone its name, we suspect, the dual 13.0-megapixel cameras, one of which captures snaps in monochrome and another in color. Below these are the dual LED flash and a spherical fingerprint sensor. 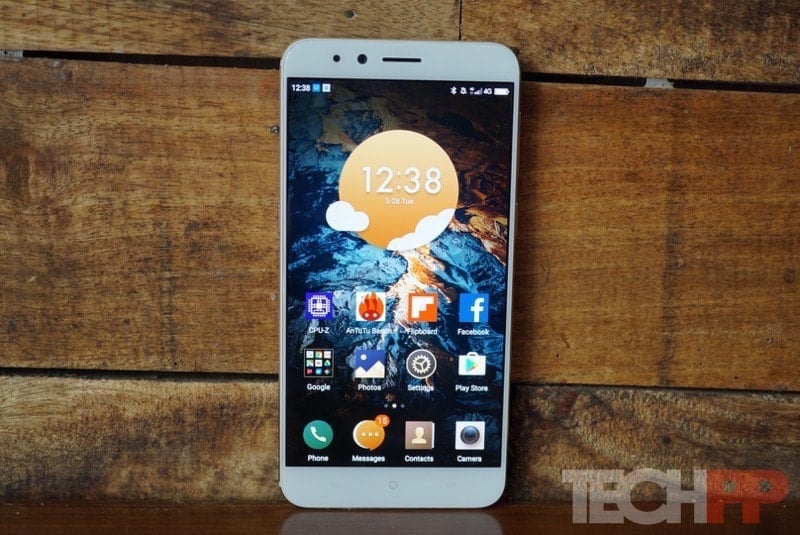 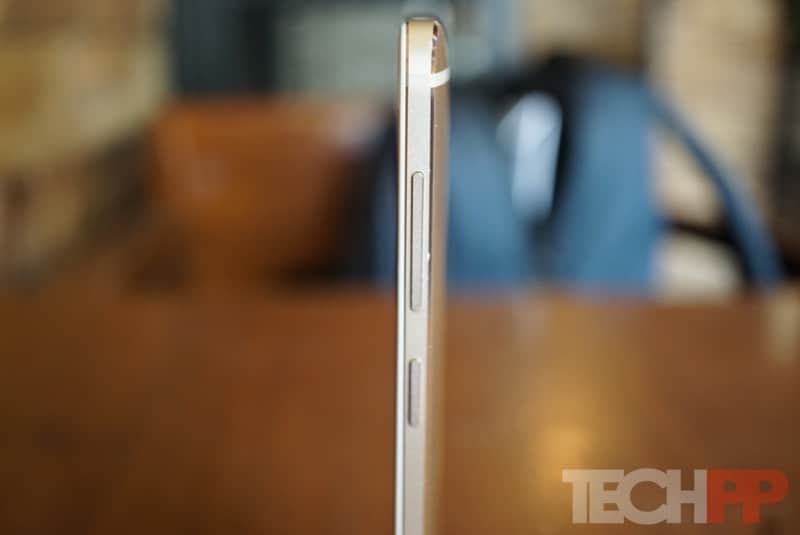 The big question, of course, is whether all this is worth the Rs 24,999 price tag that Micromax has placed on the device. Yes, it has the looks and to an extent the specs, but the Dual 5 is attempting to go bravely into a price segment where no Micromax phone has gone before. A lot is going to boil down not just to the performance that the phone churns out of that spec sheet but also just how well it gets communicated to a public that has never really seen Micromax as a player in this price segment. Stay tuned for our detailed review, not just of the device but also of those dual cameras.