Since I was a kid, I was taught that an ostrich is a flightless bird. That the bird cannot fly because of its weight. But there is a new Samsung ad in town which teaches us that anyone can fly. Even an ostrich. Samsung has released a new ad on its YouTube channel and unlike many brands that prefer to sign celebrity faces for their ad campaigns, the Korean company has signed an ostrich (that obviously became a star after the commercial). The ad in less than two minutes concluded that an ostrich can fly, only if it believes (yeah, science probably has nothing to do with it). Jokes apart, the new ad by Samsung actually tells us it is not giving up, even after having a horrible year.

Get your flying “gear” on, birdy!

The company in its latest ad has motivated an ostrich to fly with the help of Gear VR and Samsung Galaxy S8. The ad shows an ostrich that accidentally wears the Gear VR with a Galaxy S8 in it – it actually went in search of food and ended up with a Gear VR (the luck these birds have). The ostrich after putting on the Gear VR experiences the joy of flying because of a flight simulator app which was already running on the device (such coincidences) which actually inspires the ostrich to fly (years of evolution? Nah, Samsung ad). After experiencing the flight on the Gear VR, the ostrich tries and tries to fly, fails again and again, and then succeeds one day while all its fellow ostriches just stare with wonderment. Then the magic tagline appears that says, “we make what can’t be made, so you do what can’t be done” followed by a hashtag #DoWhatYouCant. And oh, there is Elton John’s Rocket Man playing in the background.

Not just about sales, about smiles too

The ad may scandalize ornithologists, but I think it is one the best ads Samsung has created so far. Yes, I know it does not highlight the product or any of its USPs in particular but it builds a very strong brand image and presents VR as something more than just a visual treat. I love the creatives behind the ad as all of them are just so simple. It is all fiction but it just goes so well with the message. So, an ostrich cannot fly but Samsung has created a product which helps it believe it can and it eventually succeeds. It does not look “manufactured” or “simulated” – the ostriches look and behave like, well, ostriches.

Time and again I have mentioned in our ad reviews that Apple pays attention to details but this does not imply that its rival Samsung does not. In this particular ad, Samsung has clearly paid attention to a lot of little things. The way in which pupils of the bird dilate when it is looking through the Gear VR. How the wind underneath its wings makes it feel good. All these are presented so impressively that somewhere down the line it even makes you feel good. And brings a smile on your face when the bird actually succeeds in its efforts. 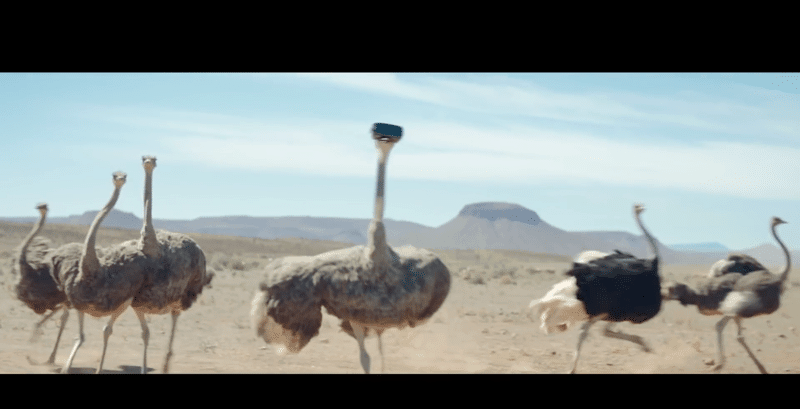 There is nothing complicated about this ad.
Just a flightless bird.
That flies!
That is it.

No celebrity with overwhelming copy trying to take over the ad, no over the top product close-ups, no spec sheet roll outs – hell, no humans! Elton John’s Rocket Man is oddly appropriate when you think that the song was released at a time (1969) when another creature that was not known to fly was making its way into space – Homo Sapiens, anyone? From the very beginning: the amazement, the aspiration, the struggle and the success, it all goes so well with the song that I think it would just be incomplete without it and will not have the same impact. 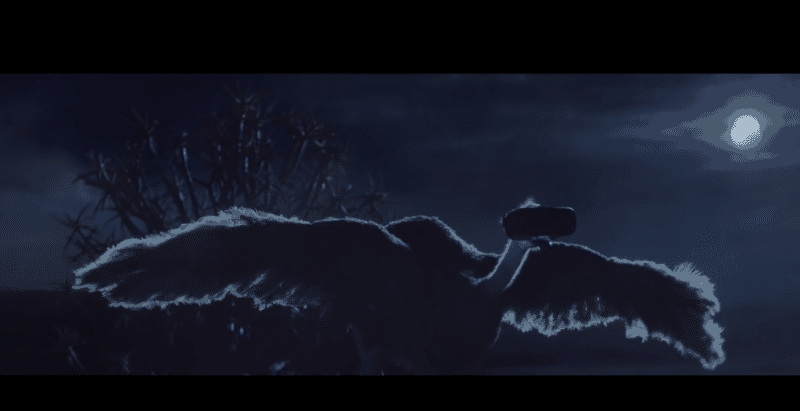 Can a flying ostrich help Samsung win back its lost audience after the Note 7 blunder? Will it help the company sell the Gear VR or the Galaxy S8? Well, it is too early to say but it definitely raises the ad bar for other manufacturers that just cannot get over “typical” ideas for ads.

Will it sell millions? Who knows.
Will it make millions smile? It sure will.