Ever felt like someone is sneaking over your shoulder to get a glimpse of your private messages? Sure you have. However, decreasing the brightness or moving away isn’t always an option. Hence, we present you an Android app which is comprehensively titled – “Privacy Screen Guard & Filter”. The app is completely inspired from BlackBerry’s Privacy Shade app which is exclusive to BlackBerry phones. 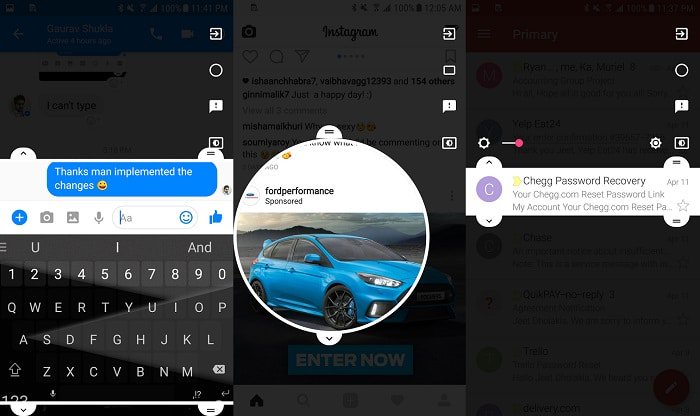 This free app does exactly what you’d expect, it hides and blurs out the entire display except for the part which you are reading or typing on. It overlays any other application with a layer of tint, a “privacy shade” as the developers like to call it. The rest, although, remains completely visible and you can precisely customize the sensitive area through the settings.

For getting started with “Privacy Screen Guard & Filter”, head over to the play store and download the app. Once that’s done, launch it, accept the phone permissions (which it utilizes in order to know when a call is incoming) and the app will immediately activate the shade. For moving it, drag the bar from the right side and if you’d like to extend the coverage area, drag from the left.

Furthermore, tapping the little down arrow will reveal an option if you want to replace the rectangle bar with a resizable circle. In this list, you’ll also find a brightness setting if you’d like to darken or lighten the rest of the surface. Your screen, though, will function the same way as before, only the illumination will vary across both the sections. Moreover, the app can be also employed as a night mode because it allows for dimming the screen beyond what native settings is capable of.

“Privacy Screen Guard & Filter” flawlessly works with every other app I’ve tried it with including WhatsApp, Instagram, Twitter, and more. As we mentioned earlier, it is a ripoff of BlackBerry Privacy Shade which is exclusively available for its Android phones, even the interface is identical for the most part. Nevertheless, it’s definitely a must-have utility for keeping nosy eavesdroppers at bay, so go ahead and give it a shot.

Was this article helpful?
YesNo
TechPP is supported by our audience. We may earn affiliate commissions from buying links on this site.
Read Next
NothingOS Made Me Realise How Much Overrated Pixel UI Is
#android #app #Privacy Shade