Music streaming services in India have been sort of a mess. The market leaders like Saavn never bothered to fix their scanty algorithms and the others such as Apple Music were either costlier or didn’t feature any disparate factors for luring in customers. These services couldn’t manage to deliver a more user-focused entertainment unlike Spotify and we were, as a result, left with a wretched scum of apps that, despite the onset of machine learning backbones, consistently fail to figure out what genre of music the user prefers. 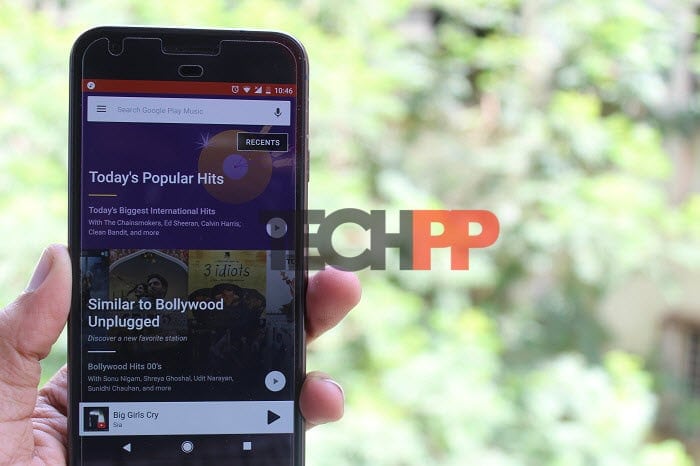 Google also recently joined this consortium with the launch of its all-access Play Music subscription in India and while I was not particularly impressed with its methods initially, I now move completely decamped from Saavn Pro to Google Play Music as my primary source of music.

The most glaring impediment with existing services like Saavn for me were their radio algorithms. I’ve been using Saavn for over a year and in this extensive period, their radio feature never even came close to what I could term as “satisfactory”. It either continuously plays tracks from the same artist or adds random ones which are just horrible. There’s also no option for suggestions, so you are left with either manually searching for stations or hit the “start radio” option when playing a song. Another stumbling block which hinders Saavn’s experience is its interface that is still buggy and all kinds of slow (don’t get me started on the search). These issues are quite bewildering, though when we consider how mature Saavn is (it was officially announced in 2007).

Google Play Music manages to fathom most of these problems – it comes with a modern, clean interface that doesn’t compromise being utilitarian over adding superfluous features, the radio function is surprisingly better than the competition if not perfect and the homescreen is powered by contextually aware algorithms that suggest radio stations based on the time and location of the user. The music collection was enough for me, however, there were a few instances where I couldn’t find a particular track or album. Furthermore, it also comes with an inbuilt equalizer which ameliorates the app even further. Did I tell you it’s cheaper too?

The biggest cornerstone here is certainly though, the preferences configuration that helps the app predict and suggest better content when you fire up a radio. This is probably the most significant drawback on Saavn or any other app that’s officially accessible in India. Google Play Music, although, does has an issue – the lack of a desktop app, which can be ignored as there’s a web app but there are times when you don’t have an internet connection.

Overall, for me, Google Play Music comes out as a winner without a doubt. It is cheaper, aesthetically pleasing and substantially more accurate. The first month is complimentary if you’d like to give it try which I think you should. If you are already using Google Play Music, do share your views in the comments section down below.

Was this article helpful?
YesNo
TechPP is supported by our audience. We may earn affiliate commissions from buying links on this site.
Read Next
With Football Manager 2023 Touch, Apple Arcade finally has its “killer ...
#Google Play Music #india #Opinion #Saavn