Lava Z10 Review: This Lava Does Not Quite Flow…

Lava’s Z10 is the company’s latest effort to get into one of the most competitive segment (in and around Rs 10,000) of smartphones in India. The company had previously tried to break into this segment with the Lava Pixel V1 with Android One branding but had met with mixed results at best. Will the Z10 fare better in a market that is extremely competitive? 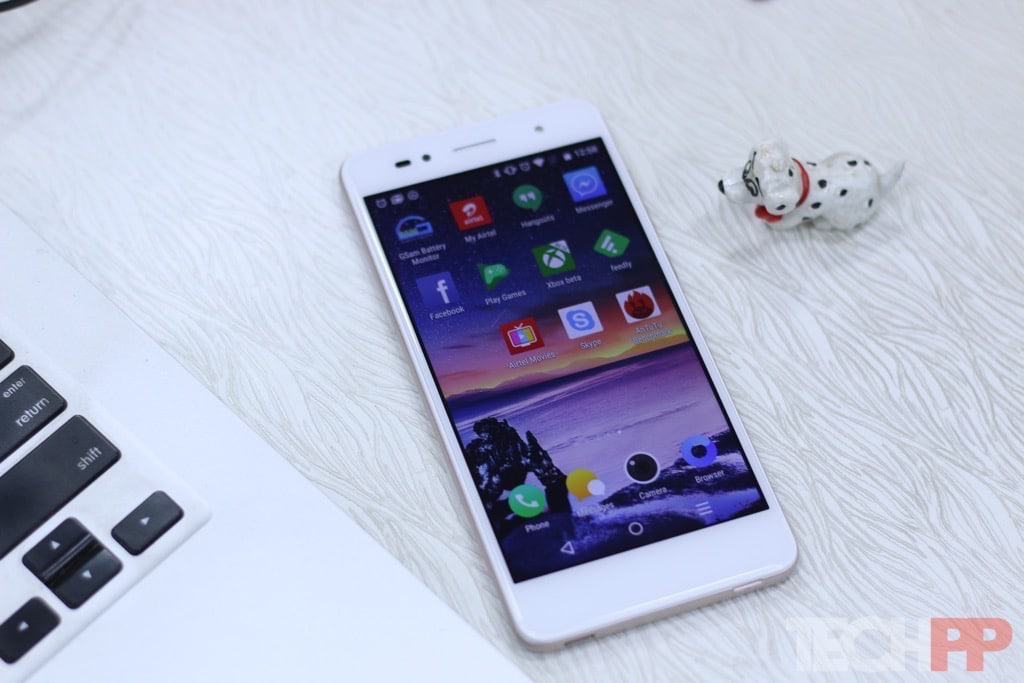 The Lava Z10 delivers a semi-premium appearance. While it is built using the same metal tech as on Lava Z25, the rear panel is plastic. However, Lava has given the phone the same treatment when it comes to ergonomics and curves. The Z10 comes with a 5-inch HD IPS display with OleoPhobic coating and only 1.9 mm bezel. The display has 2.5D curved glass, which makes the swiping experience awesome. The phone features Series 5 metal Aluminium-Magnesium alloy with a premium chrome lining. The weight of the phone is 148 grams. Just like the Z25, it has a 720P display which is slightly disappointing considering the competition. 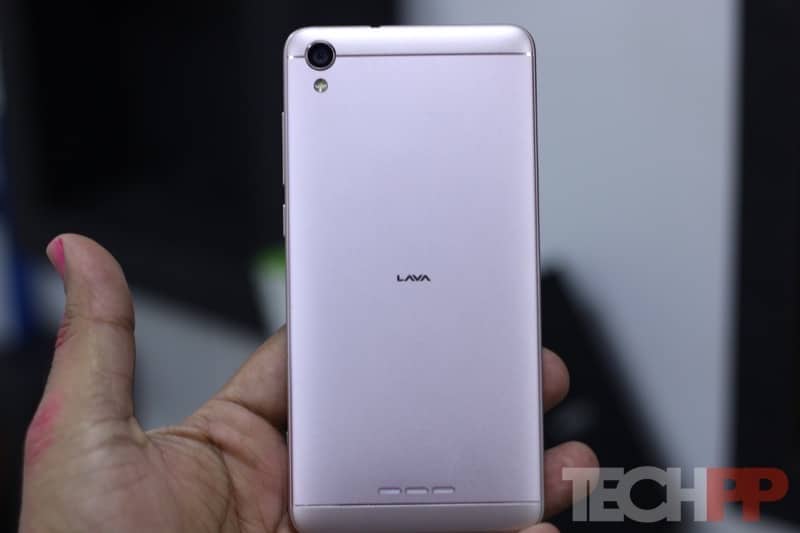 The user experience in broad daylight is satisfying as the screen is bright, although the ambient sensor performs poorly. When switching from low light to daylight, it took more than 10 seconds to get the right brightness. The oleophobic coating makes sure that your touch experience isn’t spoiled. I live in a city which has 90 per cent humidity in summer, and you can trust me when I say that the oleophobic coating does work.

We have listed down the specifications right at the end of this section, so let us talk about how the real life experience is. If I have to put in simple words, the performance is not up to the mark. It is usable, but there are hiccups here and there. Many a time, I saw apps reloading when launched from memory. 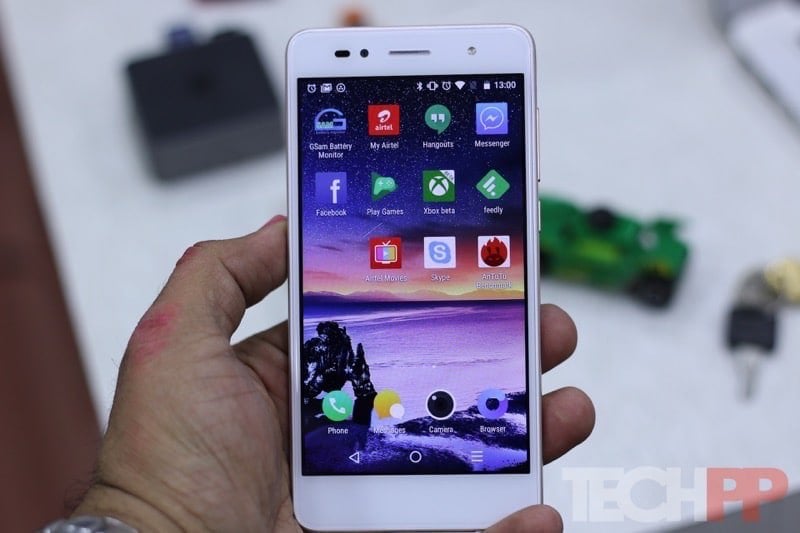 Based on our experience with Asphalt 8 on high settings, the Z10 is not suited for high-end gaming. It lags, frames drop, and the transition between car crash, in-video, and resuming the game is noticeable. The phone did warm up after a long gameplay session, just like the Z25. But casual games like Candy Crush, Clash of Clans worked well.

The phone carries a 2650mAh battery which is screwed tight to the phone even though the rear panel can be removed. It lasted for sixteen hours on regular usage with music, calls, casual gaming, a couple of pictures, and so on. I spent a good amount of time on calls on the phone. The whole experience was smooth, and in-call audio was smooth. Speakers, however, are disappointing. The phone has two SIM slots and a microSD card, which is great for those who want to have two separate SIMs and keep data on an SD card. You get 16 GB of internal storage which is a standard.

The detailed specifications of the Z10 are:

One of the major things that phone misses is the fingerprint sensor, and it’s a BIG miss. Fingerprint sensors have become a standard now, and most of the phones at this price range have them on board. The spec sheet does look good on paper, but the experience was just not up to expectations.

Hits and misses on the camera front 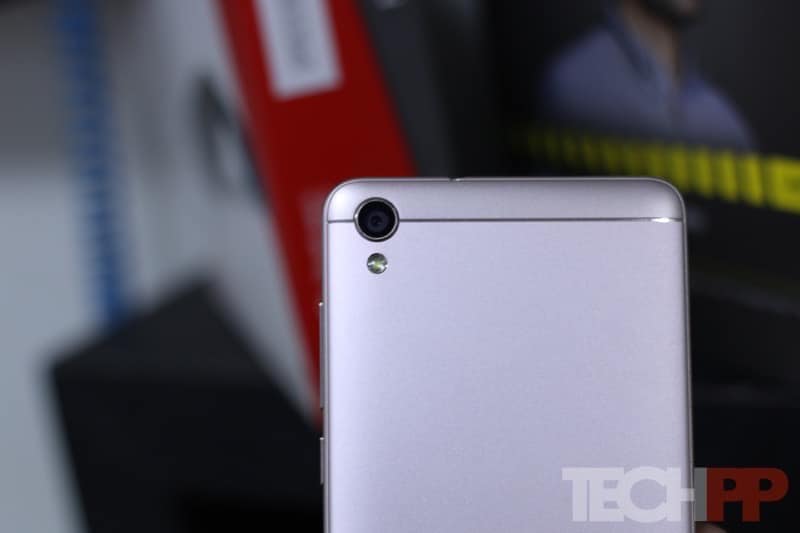 The Lava Z10 houses an 8.0-megapixel f/2.0 aperture rear camera with a single LED flash. It uses 5-layer lens with Bluelight Filter. One should note that Lava is offering the same software experience on Z10 that it had delivered on Z25. The camera software offers features like Bokeh, Night Pro, HDR, Panorama, Wide Selfie, and GIF mode.

The photographs are generally vibrant. Daylights photos are pristine clean. Sharpening is not overdone. The default dynamic range is decent, but low light photography is an issue. Low light photos lose texture details and overall sharpness and are very grainy. In fact, low light performance is bad. The software tries to compensate but it fails mostly, the end result being ‘shaky’ or ‘blurry’ photos. Even low light focusing is mostly a dud. The bokehs too are obviously artificial, with the circular bokeh effect gives it away. The HDR mode is hard on contrast but does a decent job of recovering the highlights.

The front camera in Z10 is of 5 megapixels with LED flash and f/2.2 aperture. Selfies are disappointing in this camera, especially in low light. The photos lose texture details and overall sharpness and are very grainy. Results are better in broad daylight, but not something selfie lovers will appreciate. 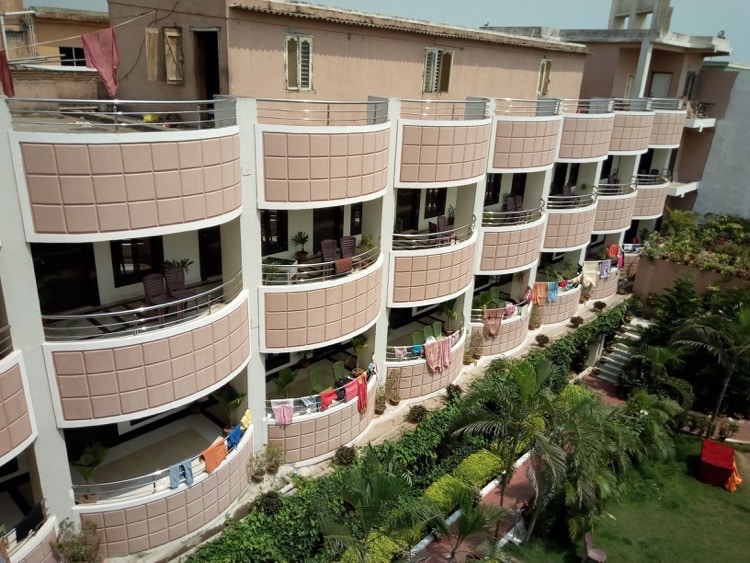 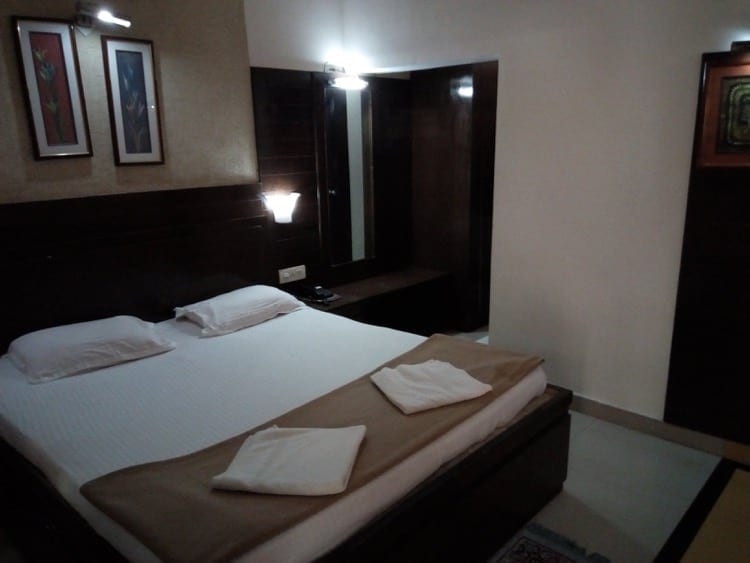 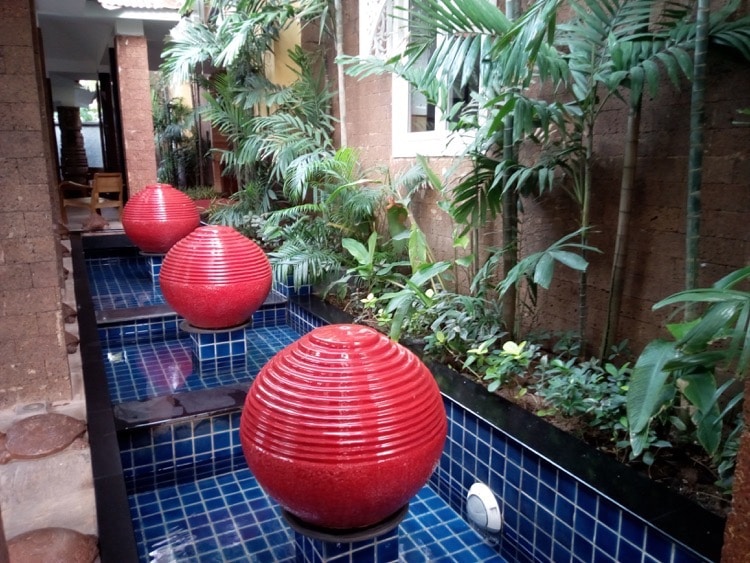 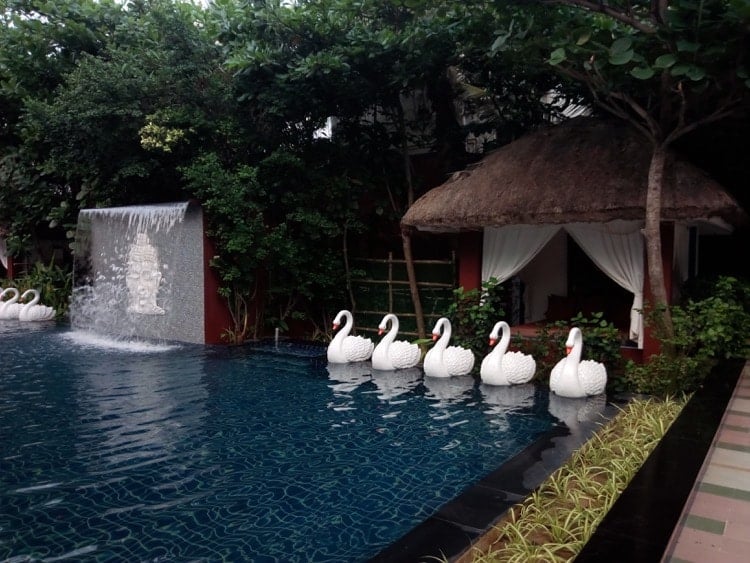 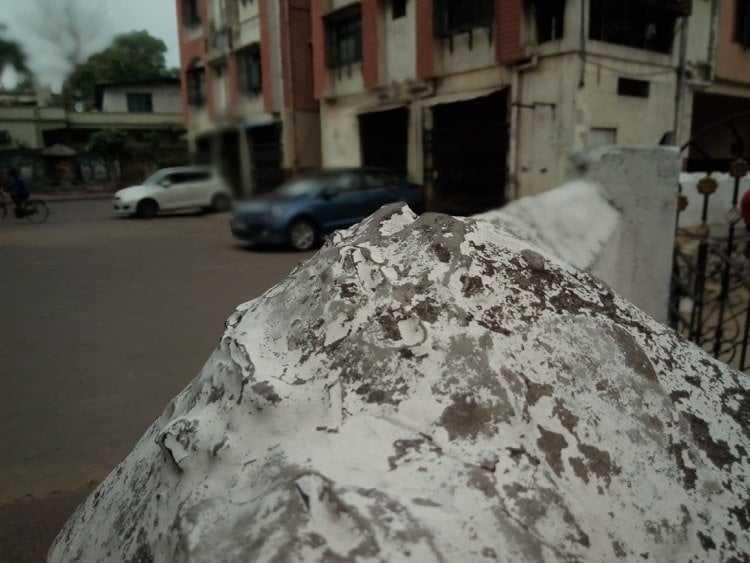 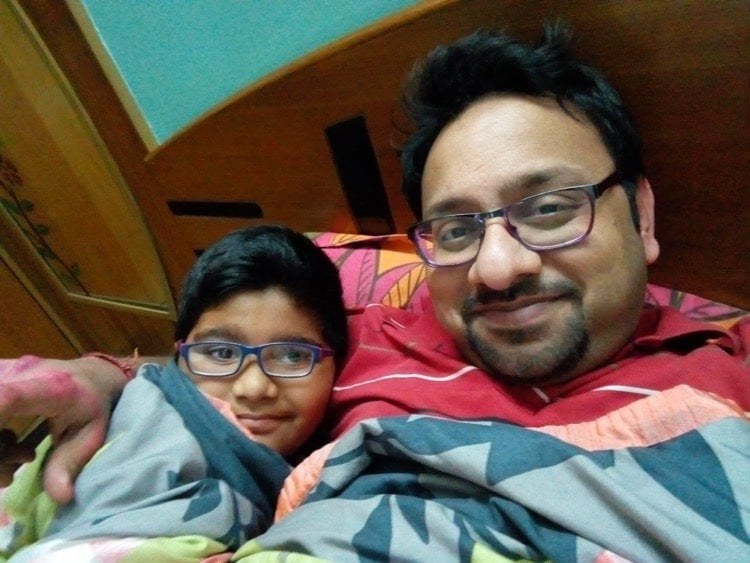 Both the front and rear flash of the Z10 support spotlight mode, the flash stays on when taking selfies or normal pictures. However, the camera and software are not able to perform up to the mark, and the front flash does hurt eyes if you take pictures in a row. The rear camera supports 720p recording while the front supports only VGA. The latter is a disappointment for those who would like doing live videos. 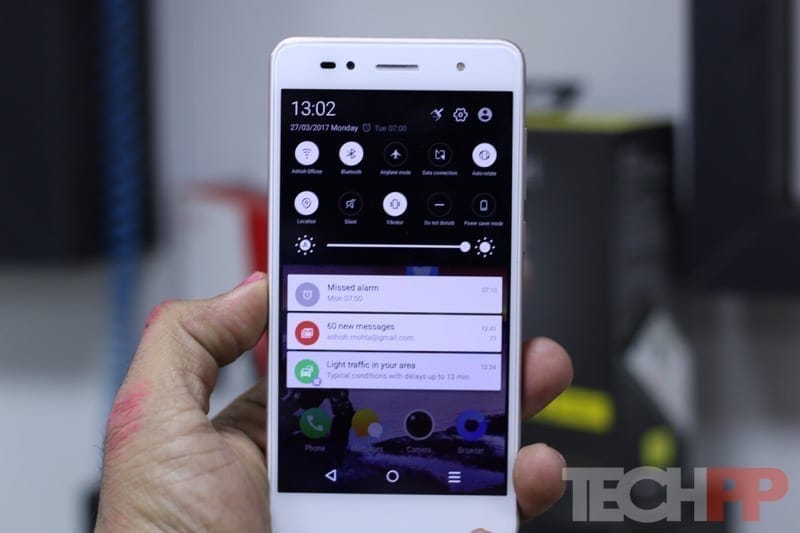 The Lava Z10 comes with Star OS version 3.3 on top of Android 6.0. Customization, skins and other UI elements are at a bare minimum. The effect is more like a theme on stock android. The app switching experience, however, is slow. One of the UI implementations I did not like is that of the multitasking button, which opens the menu, and there is no way to change it. Only on a long press on the menu button, you get an option to switch between apps. This is so old school. 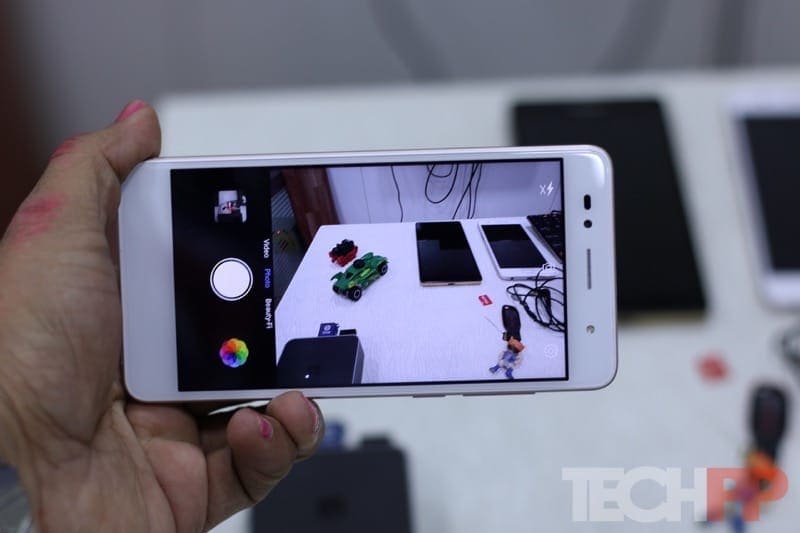 The Lava Z10 is priced at Rs 11,500 and it is difficult to recommend the phone, especially with the stiff competition at this price range, which includes the Xiaomi Redmi Note 4 and the Moto G5. Whether sold online or offline, the Z10 is likely to find the going tough, thanks to the missing fingerprint sensor, poor camera performance, and relatively sluggish regular usage. The phone’s running Android 6.0 is also a drawback, given the fact that the new phones are definitely coming with Android 7.0. No, it is not going to be smooth sailing for the Z10.