Every manufacturer, in a bid to capitalize on the booming segment (or so they think), has been adding smart bands and wearables to their product lineup since the past year. It’s now Lenovo’s turn. The Chinese OEM has quietly launched a smart band in India titled the “Smart Band HW01”. It comes with most features you’d expect from an affordable wearable and costs a reasonable sum of Rs 1,999. 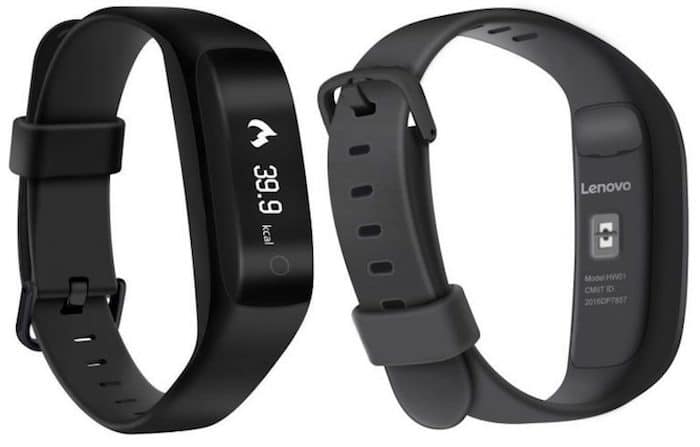 The Lenovo Smart Band HW01 looks like every other smart band with a silicon strap and sports a 0.91-inch OLED panel. The display is capable of showing various alerts including steps, calories, notifications, distance, and more. There’s a dynamic heart rate scanner available as well that can track your vitals every 15 minutes. Furthermore, the band will even notify you when your heart rate reaches a designated threshold or wake you up through the anti-sleep mode that Lenovo says “alerts you of concentration loss or dozing while driving or working at night”.

The Smart Band HW01 is compatible with iOS and Android and is IP 65 certified which essentially means you can jog in the run but not dive in a pool with it (dust proof and water resistant). As far as the battery is concerned, the wearable runs on an 85mAh pack that Lenovo claims can provide up to 5 days of usage on a single charge. Additional software features include music playback controls, camera shutter access, sleep tracking and more.

The Lenovo Smart Band HW01 is already available to purchase on Flipkart for Rs 1,999. Unfortunately, you can only get it in Black as of now. While the band does sound appealing at the price, cheap wearables always tend to compromise on quality, something which we’ve consistently noticed in the case of its competitors such as the Mi Band 2.

Was this article helpful?
YesNo
TechPP is supported by our audience. We may earn affiliate commissions from buying links on this site.
Read Next
Lenovo Legion 5i Pro Review: Legion Or Legend?
#Flipkart #india #lenovo #Smart Band HW01