While most of the world seems to have settled for the 5.5-inch displays on smartphones, there are some out there who feel the need for a screen that is bigger. And they have a strong case. Gaming and movies are what they mostly use their phones for. But it is hard to find a big-screened phone that will not only not break your bank but will also look stylish and have enough battery juice to take you through the day. This is the sort of audience that Samsung is pitching the C7 Pro at. But is “Lean” really the “New Mean,” as its ads suggest? 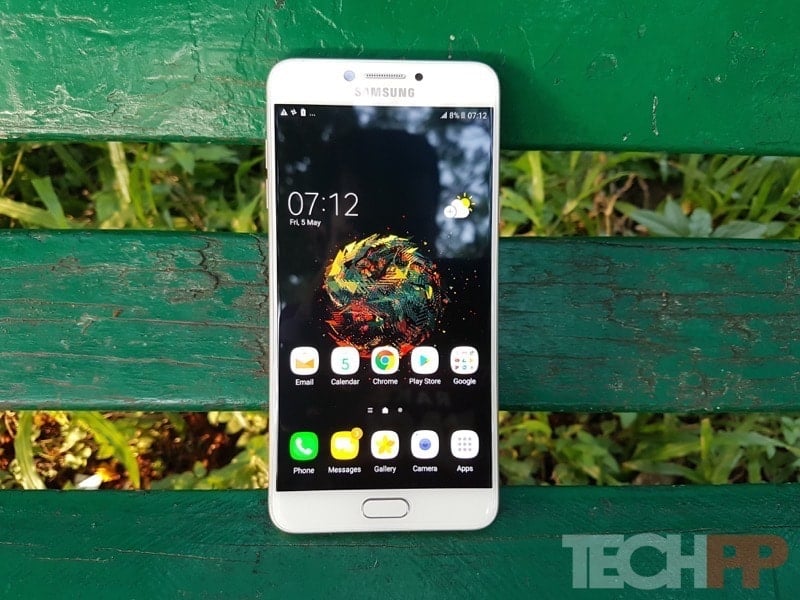 The moment you clap eyes on the phone, you can see it is taller than the “normal” ones. And you can also spot that typical, iconic Samsung design – the logo at the top, the home button doubling as a fingerprint scanner at the base with a 5.7-inch display in between. Flip the phone to its back, and you would see some subtle new touches in the design. Trio antenna lines run at the top and bottom, actually adding to the appeal – the longer our review period lasted, the more we fell in love with it.

The primary camera and the dual tone LED sit below the top lines, with a slight bump on the camera but not as pokey as we have seen in other devices. The power button and dual sim hybrid tray sit on the right and the volume rocker on the left. The buttons provide smooth and good tactile feedback, and more importantly, the positioning is almost perfect. Hold the phone in your right hand, and the thumb naturally falls onto the power button, and the volume rockers are easy to reach by the index and middle fingers. Hold it in the left hand, and the thumb can easily manage the volume rockers, and the index finger falls naturally on the power button. You have to use it, to experience it to be able to appreciate it. 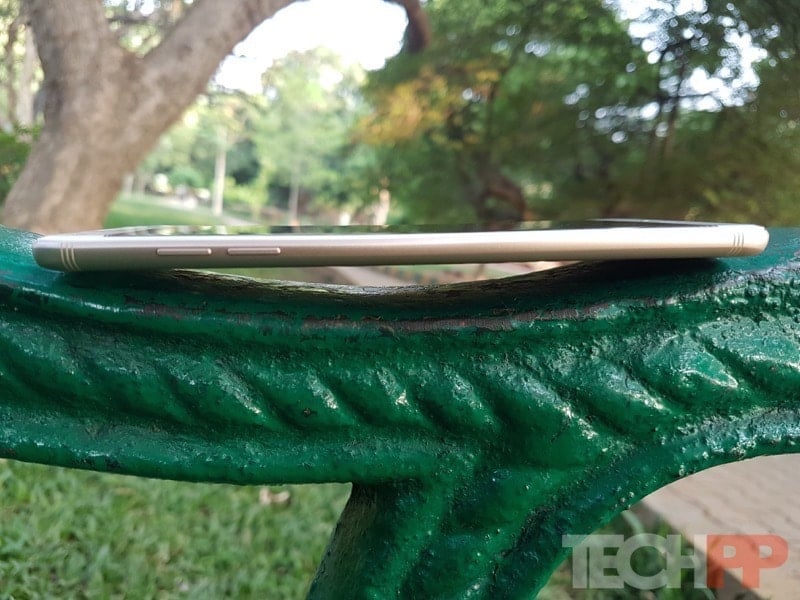 The subtle curves all around the back of the phone make it poke-free but the back is slippery, and the phone is always ready to give you a slip. The 3.5mm jack, the USB Type-C charging port and a speaker grille sit at the base of the phone. No, there is nothing too special about the design, but the attention Samsung has paid to subtle things come together to provide a better handling experience, with a thickness of just 7 mm and a weight of 172 grams. Yes, Lean is the New Mean in design terms if one can get things right!

The display consists of a 5.7-inch Super AMOLED screen packing in close to 386 pixels per inch pixel density, for a full HD 1080p configuration. With 2.5D curves on its edges, the display has good viewing angles and decent legibility under sunlight. It may not “wow” you but certainly will not disappoint you either, thanks to the Super AMOLED screen doing a good job on blacks and pumping out other v=colours vividly. Phones with big screens and slippery backs would need protection, and Gorilla Glass 4 is what the C7 Pro comes with. But the star of the show is the Always On Display feature that makes its way from its pricier cousins. The always visible clock along with relevant notifications make it possible for a delightful experience. And this hardly has any effect on the battery life. 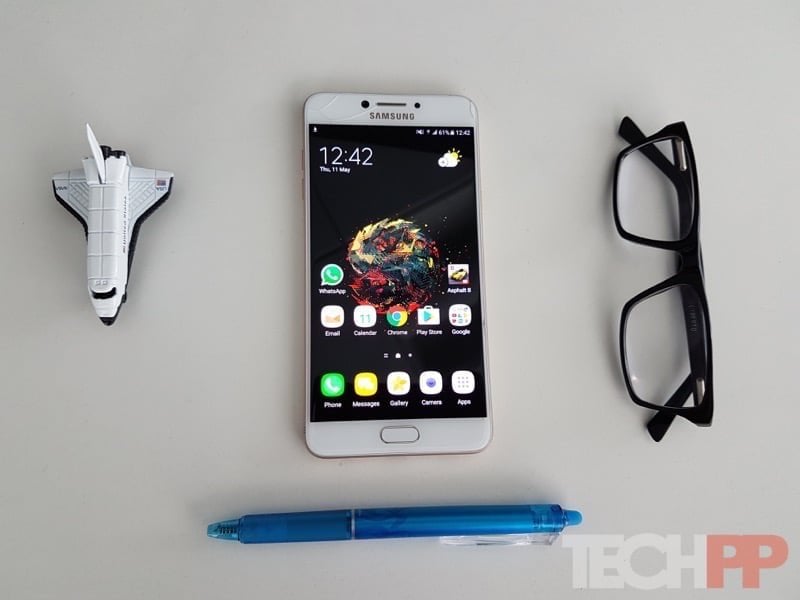 Under the hood, the C7 Pro is powered by Qualcomm’s Snapdragon 626 Octa Core processor clocked at 2.2 GHz. It is accompanied by an Adreno 506 GPU, 4 GB of RAM and 64 GB of internal memory, with close to 52GB available for the user. The memory can be bumped up to 256 GB via the hybrid dual sim slot. Now the Snapdragon 626, like its predecessor, is pitched more for power efficiency than its performance. There are no issues for all the day-to-day chores, thanks to the all new Grace UI that has made its way to the C7 Pro. It is way lighter compared to its older TouchWiz cousin. Overall, UI and its transitions are smooth and free of lags. Even with multitasking, apps run just fine most of the time. It is when you get into intensive, extended period gameplay that glimpses of struggle come in. Playing Asphalt 8 with the highest graphics settings results in quite a few frame drops and a fraction of second jerks. There are no overheating issues though.

The Grace UI is built off Android Marshmallow, and we hope a Nougat update will arrive soon. Bloatware is limited to few Samsung standard apps such as Gallery, Music and so on plus Microsoft apps such as Word and Skype. Sadly, these apps cannot be uninstalled. There are few gesture options as well like invoking a call by moving the phone over to your ears (this failed to work at times or was a tad slow to fire up). The software also supports multi-windows, which is handy for the big screen. One-handed usage options include turning an app into a pop-up. The settings menu is well laid out with a search option for quick access. The fingerprint scanner is placed on the home button and works 9 out of 10 times. The only issue is that it is a tad slow to fire up the screen. This could also be due to the default animation that Samsung has added.

The C7 Pro has a bottom firing mono speaker that delivers loud sound. Even at 80 per cent volume levels, the sound has minimum distortion. But like any other speakers at this position, it does get covered while in landscape mode during game play. The C7 Pro supports dual SIMs via its hybrid SIM tray, and we had no issues with connectivity and call quality. 4G and VoLTE work just fine. No problems were found with Wi-Fi, Bluetooth, and GPS as well.

The phone comes with a 3300 mAh battery charged off a USB Type-C port that has support for Samsung’s fast charging. It takes close to ninety minutes for the phone to go from 0-100 and on any given day, the phone will last you for a whole day. In our usage patterns of medium to heavy loads, we got the screen on times of 4.5 to 6 hours, which is not bad at all. 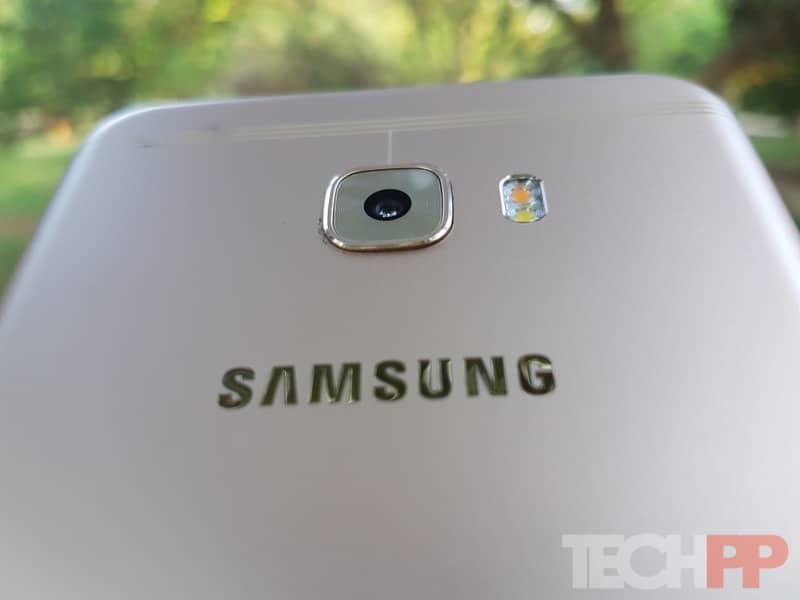 Not quite shooting to kill

Cameras consist of 16.0-megapixel sensors on both front and back, with f/1.9 aperture. The rear camera comes with a dual LED flash but no OIS / EIS support. With the official Samsung Camera app which is now more minimalistic as compared to before, the focusing speed is quite good, and the phone produces good images in daylight and well-lit conditions. However, at times the colors are a tad pale. For example, the greens on the leaves are dull as compared to the actual colors. If there are lights in the backdrop, the exposure handling goes for a toss and portions of the images are slightly blown out. Macros are good thanks to the wider aperture size. As the lights go down, there is quite a bit of noise coming in, with the lack of OIS or EIS. Videos are limited to 1080p and are decent enough. The front-facing camera does a better job as compared to its rear facing companion. 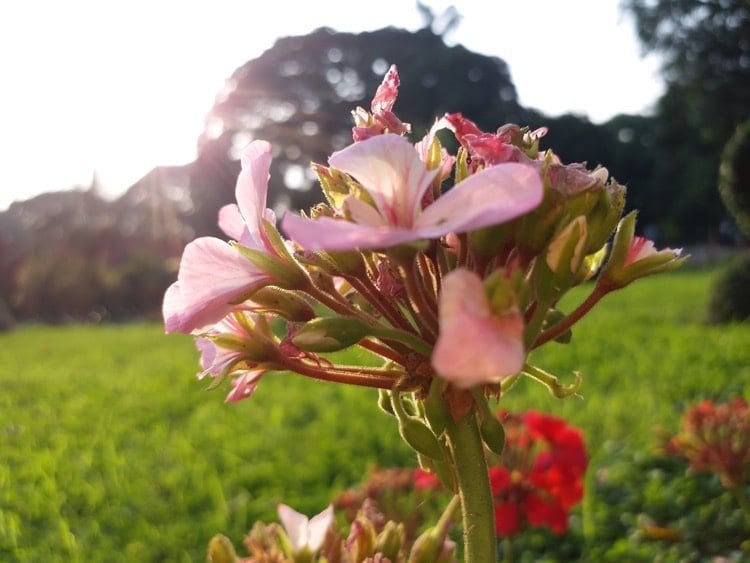 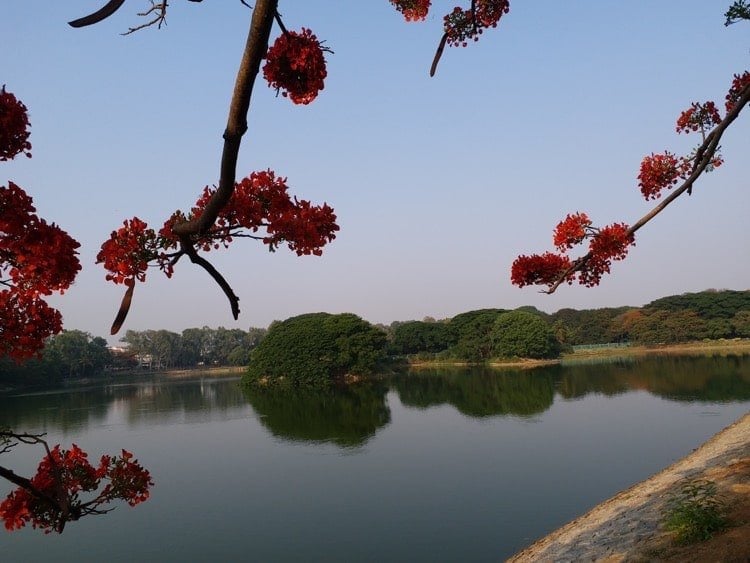 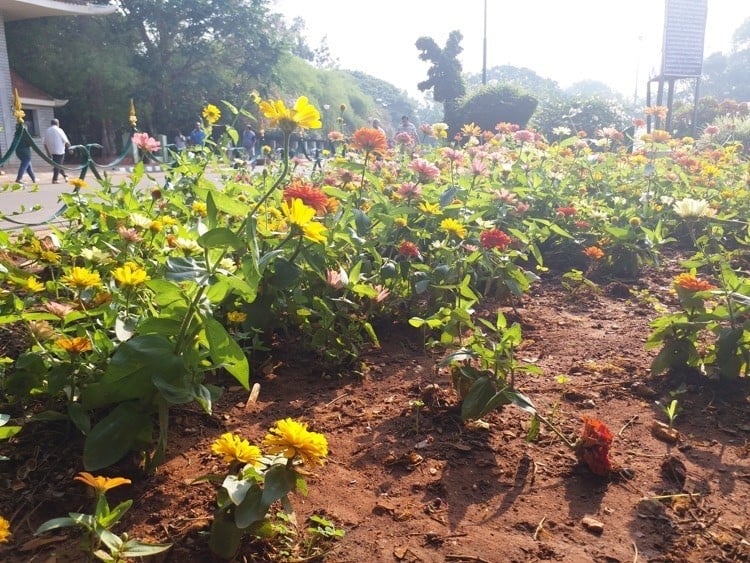 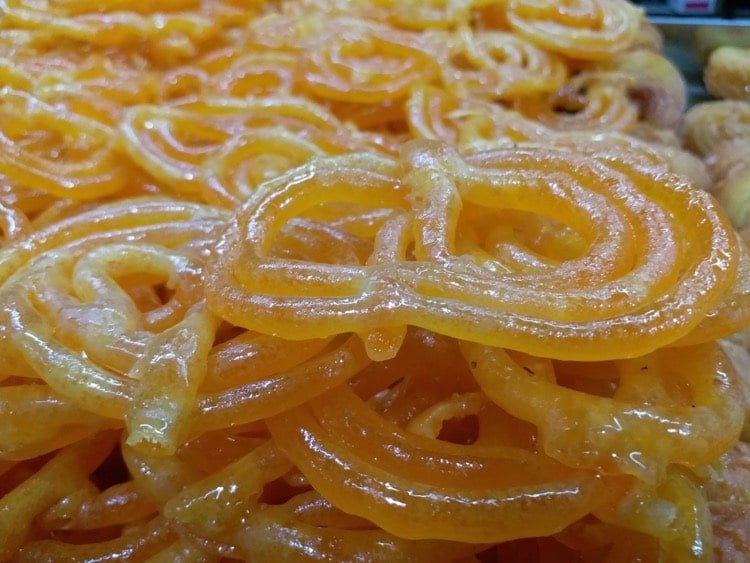 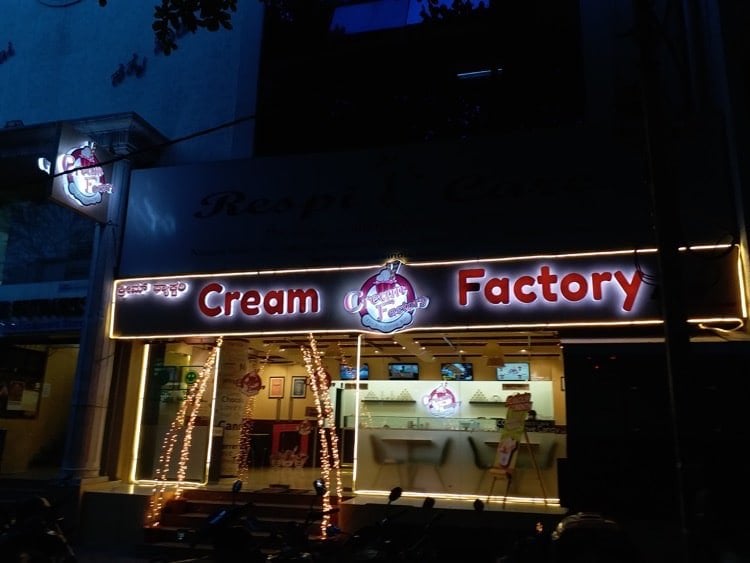 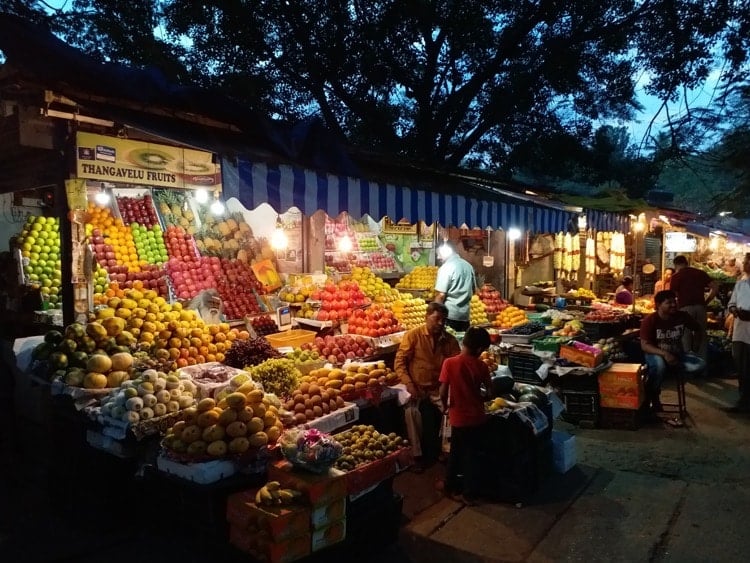 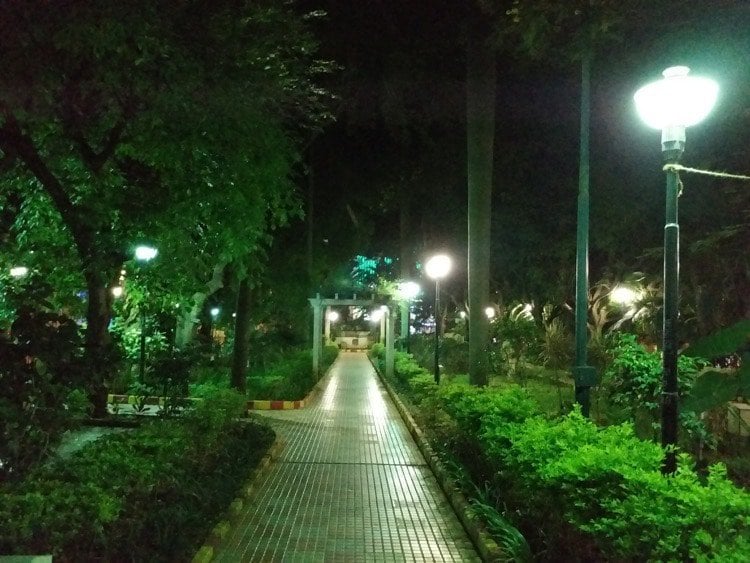 Coming at a price that is close to Rs 30,000 (the Amazon sale was offering it at Rs 27k), the C7 Pro has nothing that stands out. Yes, it does have a good build, a Super AMOLED screen, and good battery life. But all it does is merely getting-the-job-done in all the departments. At that price range, it starts competing with the likes of OnePlus 3 and 3T which offer far more powerful specifications and better overall performance.

If you are not hell bent on a bigger screen, there is also the Mi5 for a “handier” phone. The prices of the likes of Zuk Z2 and Zenfone 3 have also come down if you want to take a few more phones into consideration. And if one is particular about a bigger screen there is the Mi Max as well at a much affordable price, minus the Super AMOLED screen and some more features that may not really pinch you a lot.

The result? Even for a die hard Samsung fan, the C7 Pro does not actually make a case that is strong enough to make it an easy decision. Especially with so many options out there. What would you pick in that price range? Let us know!