Apple has made the eleventh major iOS update official at its annual developer conference, WWDC held in San Jose. iOS 11 features a series of significant additions to the company’s virtual assistant – Siri, a redesigned control center,  a new compression technology for your photos and improvements to Apple Pay. 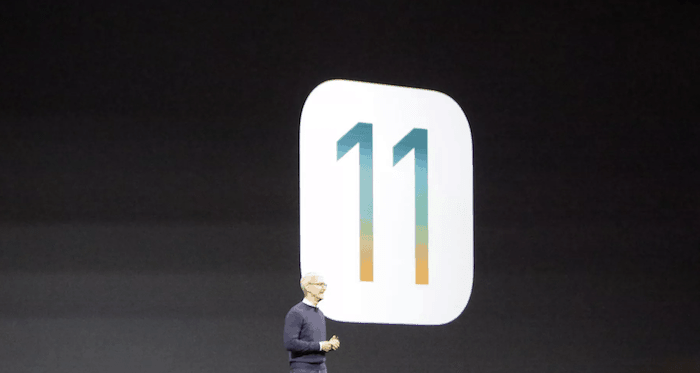 The first big change is with Siri. It now uses machine learning for a much more human-like voice and is capable of translating in real-time to various languages including French, German and a few others. Also, whenever you ask for information, it will come up with multiple results so that you can choose what exactly you are looking for. There’s now a feature called “Intelligence” as well which essentially suggests bits of information such as articles, videos based on past usage and activities. Apple says this data will be “kept completely private, readable only by you and your devices.” Moreover, the new overhauled control center is now a massive, tall single page of controls unlike before when it was divided into two sections.

Additionally, the Cupertino giant has brought some new features to Apple Pay. The most prominent of them all is the fact that it now supports one-on-one money transfer. Hence, you can send or pay someone directly through iMessage. iOS 11 will introduce an Apple Pay Cash Card, where users will store their received funds from peer-to-peer transactions. This money can be transferred to your personal bank account.

iOS 11 also comes with native support for augmented reality and developers can employ the new ARkit for tapping into the built-in computer vision technologies for building virtual content on top of real-world scenes for interactive gaming, immersive shopping experiences, industrial design and more. You can read more about it here.

Furthermore, iOS 11 brings a new compression technology – High Efficiency Image File Format (HEIF) – that will conserve space whenever needed. With the new update, you can also save a particular moment from a Live Photo and there are new Loop and Bounce effects for it as well. Neat. Portrait Mode has also been updated, it now works in conjunction with optical image stabilization, True Tone flash, and HDR for better shots.

iOS 11 will also feature (optional) a Do Not Disturb While Driving mode that will automatically detect when you’re driving & disable notifications. The App Store has been redesigned completely as well with this update. It now comes with an entirely new home layout that displays which apps are trending, new and whatnot. Also, network bars are back!

The developer preview of iOS 11 is available to developers at developer.apple.com starting today, and a public beta program will be available to users later this month at beta.apple.com. The update will publicly roll out this fall for iPhone 5s and later, all iPad Air and iPad Pro models, iPad 5th generation, iPad mini 2 and later and iPod touch 6th generation.