Uber may be a billion dollar, multi-national cab hailing service but the company has not really had the time of its life with the paparazzi. It has been in and out of controversies, often because of Travis Kalanick, who was until recently the CEO of the company. Kalanick has been accused of being sexist, has been recorded on tape while he was being a not so nice person to an Uber drive, and a whole lot more – so much so that he eventually had to step down from the post of CEO from the company he made so famous. His resignation follows an extended leave following the unfortunate demise of his mother in a boat accident.

While he has been in the news mostly all the time, there are still some things that are really out there and are not THAT well-known. Check this list of ten things that we think you perhaps might not know about the controversy magnet – Travis Kalanick:

Kalanick has been into business ever since he was in high school. He sold knives door to door when he was a kid, which we are sure critics would say might account for the some of the things he has done. On the positive side, perhaps it accounts for his sharpness too.

Starting out with files

While many know Travis Kalanick as the co-founder and CEO of Uber, the car hiring service is not the first business he started. While he was a student at the University of California, Kalanick started a file sharing company called Scour.com with a few friends. He then dropped out of UCLA in 1998, just before graduating to focus on the business but it was not all flowers and petals for Kalanick. In August 2000, 33 media companies sued Scour for USD 250 billion as the entertainment companies did not want their content to be distributed for free. The company ultimately became bankrupt and was sold at an auction.

Moving in with mum and dad

After losing out on his early business, Kalanick became so broke that he had to move back with his parents. “I like to call these years as my blood, sweat and Ramen years”, he said in a statement. 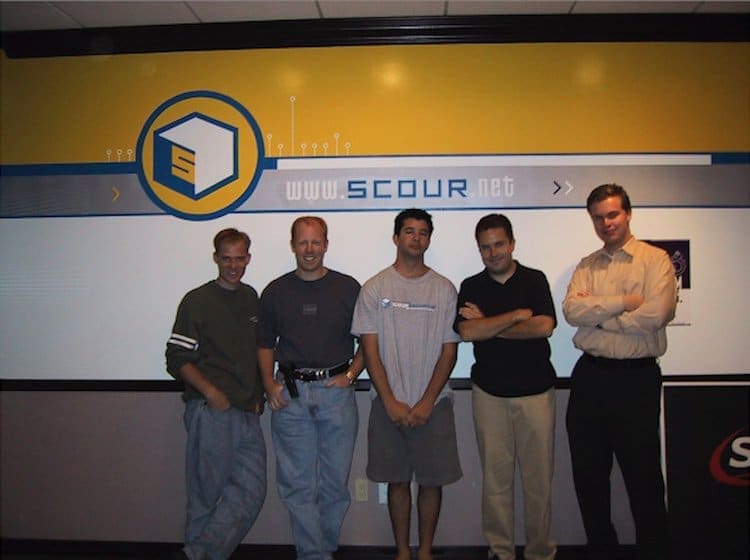 But all this did not stop Kalanick from working on his “revenge” project. After Scour.com had failed, Kalanick started Red Swoosh which was also a peer-to-peer file sharing company. The idea behind Red Swoosh was very similar to that of Scour.com. But the companies that had sued him turned into his customers with Red Swoosh. His hard work eventually paid off, and in April 2007, another tech giant, Akamai took over Red Swoosh for USD 15 million, making Kalanick a millionaire.

Uber started out in 2010, and in just three years, the business grew like the three magical beans from “Jack and the Beanstalk,” and it became so huge that Google Ventures wanted to invest a whopping $250 million in the business on the spot.

Yo! Take my money too, Uber: Jay Z

As Uber became a rage, many Hollywood stars wanted to invest in the company and actors like Olivia Munn, Sophia Bush bought small stakes. The American rapper, Jay Z, also wanted to buy into Uber and wired some money to Emil Michael (a senior executive at Uber) to invest in the company but Kalanick and Michael wired the money back, saying they already have too many interested investors.

Kalanick, who has been in the news recently for becoming a member of Donald Trump’s business advisory council, has been interested in politics himself, as well. In 2003, he considered running for public office. He registered a website to run for the Governor of California and picked up registration papers, but for some reasons, he never followed through. He might now, though!

The world has heard of the controversies Kalanick has been in involved in, but not many know that Kalanick actually was given an ultimatum by Tim Cook as well. In 2014, Kalanick violated users’ privacy and Apple’s policies by tagging customers’ iPhones with a unique ID that would let the company identify the iPhone even if the user deleted the Uber app, and blocked Apple from finding out. But only so much can stay under cover when you are dealing with a company like Apple. In early 2015, Cook called Kalanick into his office to tell him that if he did not stop breaking Apple’s rules, he would remove Uber from the App Store.

Team of Rivals? In your dreams!

The cab-hailing service, which has quickly ascended the ladder of success, has not left too many stones unturned to make sure that its competition will not be able to follow suit. The rivalry between Uber and Lyft has been very much out there. And Uber has even used some not so ethical methods to keep its drivers from going to Lyft. Kalanick himself accepted that Uber tried to undermine Lyft’s fundraising efforts and it is also documented that the company also bought the e-mail data of Lyft’s customers. As per The New York Times, Uber considers Lyft and McDonald’s as its main competition for attracting new drivers. We know what they did to Lyft but what will happen to McDonald’s remains a mystery.

Fitness also seems like Kalanick’s priority. The Uber’s San Francisco headquarters features a walking track, and it is believed that Kalanick often covers more than 40 miles a week. He is going to have more time to focus on fitness now. But we suspect he will be up to something rather different. Knowing him, we are sure we will know soon.

Was this article helpful?
YesNo
TechPP is supported by our audience. We may earn affiliate commissions from buying links on this site.
Read Next
Wordle Game: Ten Facts About the Latest Rage on the Internet
#Case in Point #Travis Kalanick #Uber