Two cameras are better than one, but…

For a company that is just a few years old, OnePlus has managed to garner the right kind of attention as a brand that offers high-end specs at a relatively lower price. But one area where it has been perceived to be losing out to the “premium” players is the camera. The company has some magic formula which works just right when it comes to the cameras of the phone, but for some reason, always fell just short of being the best. Now with the launch of the OnePlus 5 which is the latest “flagship killer” by the company, OnePlus has taken the level of the camera on the phone up a notch, going with dual primary cameras. But will two cameras (and a host of software tweaks, the latest of which came a few days ago) help it bridge the gap between good and great? 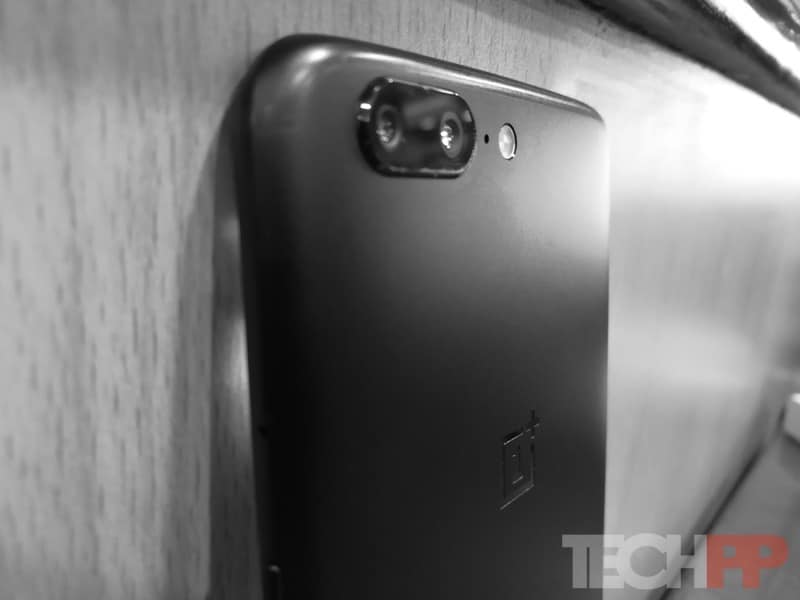 When we think of the OnePlus UI, the first thing that comes to our mind is Stock Android. While OnePlus has a layer of its own OS called Oxygen over Android Nougat 7.1 on the OnePlus 5, it will be safe to say that the Oxygen is pretty subtle. And the same thing reflects in its camera UI. Unlike many Chinese brands that offer you a range of features, filters, and modes in the camera app, OnePlus has decided to go the same stock Android-ish way with things. The camera app is clean and uncluttered. Well, perhaps too clean.

Once you open the camera app, on the top of the screen, the company has placed the mode button which offers seven different modes (photo, video, portrait, pro mode, time lapse, slow motion and panorama), the timer, the HDR mode button, the screen ratio button and the flash button. Down south, the first icon from the left switches from primary camera to secondary camera or vice versa. There is a big bulky white shutter button in the middle (very iPhone-ish), and then on the extreme right, there is the icon which leads you to the gallery. Just above the shutter button, there are three tiny icons, representing video mode, camera mode, and portrait mode. Simply swiping left or right on the screen will allow you to switch between these modes.

And that is about it.

There are no fancy filters, no extra features and not that many modes as well. While some people may like this clean, clutter free, and point and shoot like approach that the phone follows, we thought things were just too simple for us (it made it to the list of things that we think should have been in the OnePlus 5). The camera has been highlighted as one of the major USPs of the smartphone, and we were expecting fireworks this time, but it looks like as if the company has decided to go with scented candles instead. With a camera like that, we wanted to do more than just point and shoot. We reviewed the Nubia Z17 Mini recently which also had a set of dual cameras on the back, and while its camera UI seemed pretty basic on the outside, it did have more than few tricks up its sleeve on the inside. Which basically gives you a lot of choice. You can either stick to the basic point and shoot mode, or you can choose to fiddle around and be creative. Sadly, we did not feel like we had the choice here and it was like were forced to stick to the basics. There is a Pro mode which lets you play around settings if you are familiar with them, but nothing really for the amateur who simply wants to do more with a pair of powerful cameras. Not even live filters!

In terms of hardware, OnePlus 5 has all the right numbers in place, and this definitely raises the bar of expectations. The smartphone comes with a dual camera setup on the back which comprises of a 16-megapixel sensor with f/1.7 aperture along with a 20-megapixel with a relatively smaller aperture of f/2.6. But unlike some dual cameras that come with a color sensor and a monochrome sensor, the ones on the OnePlus 5 are a bit different. The 20-megapixel sensor on the device acts as a telephoto lens, providing you with 1.6X optical zoom and another 0.4X zoom is realized through what OnePlus claims as SmartCapture multi-frame technology. This basically allows you to zoom into about 2X without losing too much detail. But is the story on paper really going to translate into great pictures?

Well, after using the OnePlus 5’s camera, there is one thing we definitely know: the camera is super fast and snappy, and the phone hardly takes any time to process the images taken. The difference between its predecessor, OnePus 3T and the OnePlus 5 just highlights how much the company has really worked on the camera.

In well-lit environments or in daylight conditions, the camera produces great detail in pictures and offers deep bokeh. While the company has put the portrait mode in the spotlight, we think close ups are really where the strength of the camera lies. The detailing captured while we snapped close-ups was very impressive indeed. Even the macro shots did not disappoint us. Yes, you may have to be a little more patient while taking the macro shots, but once you get the hang of it, the process will only get easier. We wish OnePlus had included a dedicated macro mode to this camera. 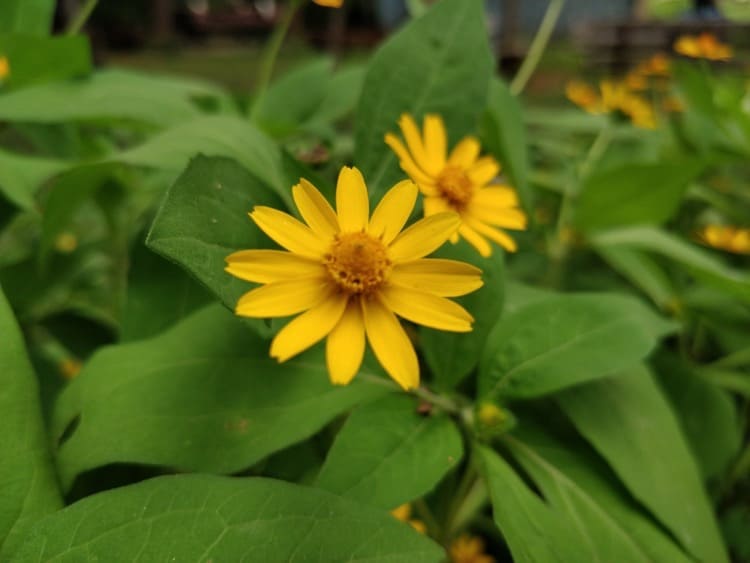 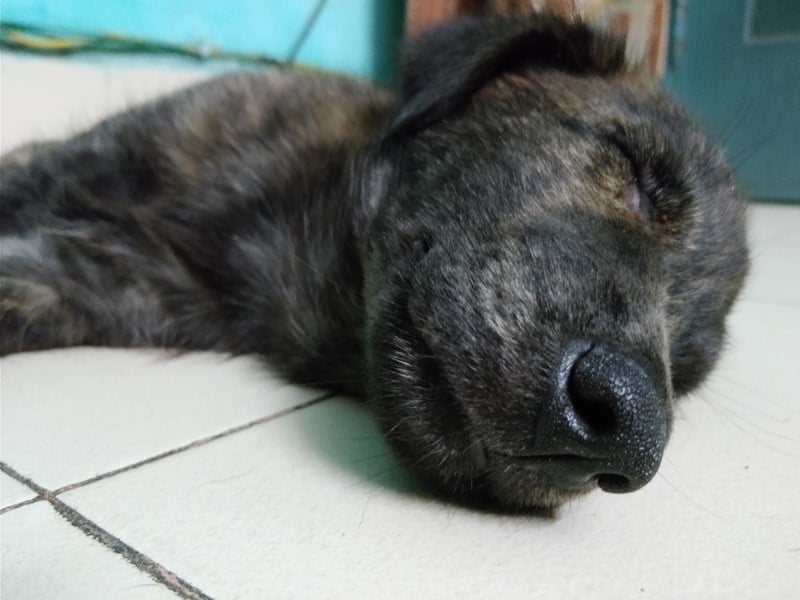 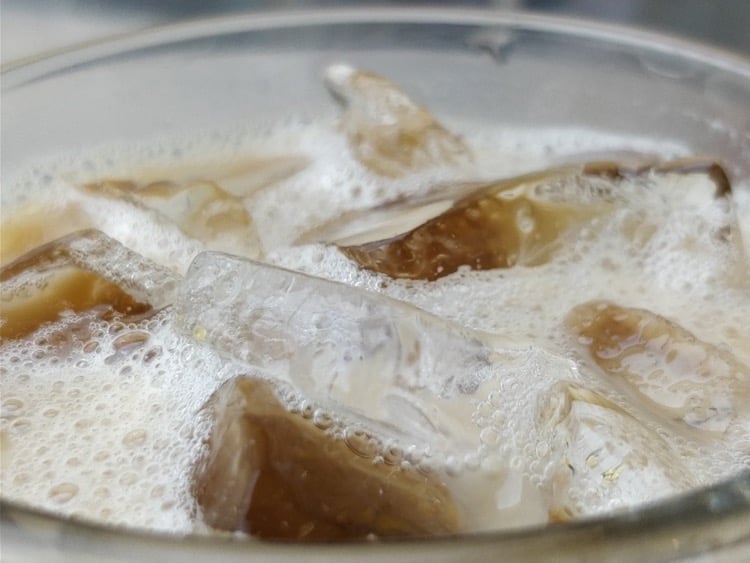 And it is not just the close ups which turned out to be magnificent. The camera also did well when we took landscape shots in daylight conditions. The textures and details in the photographs really came through. But while the North and the South Pole seemed at peace in photography terms, we thought things in between were not so exceptional. 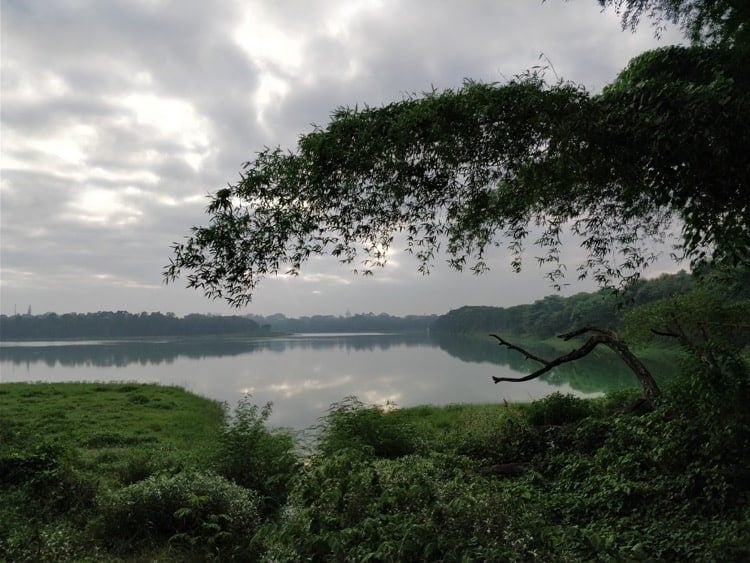 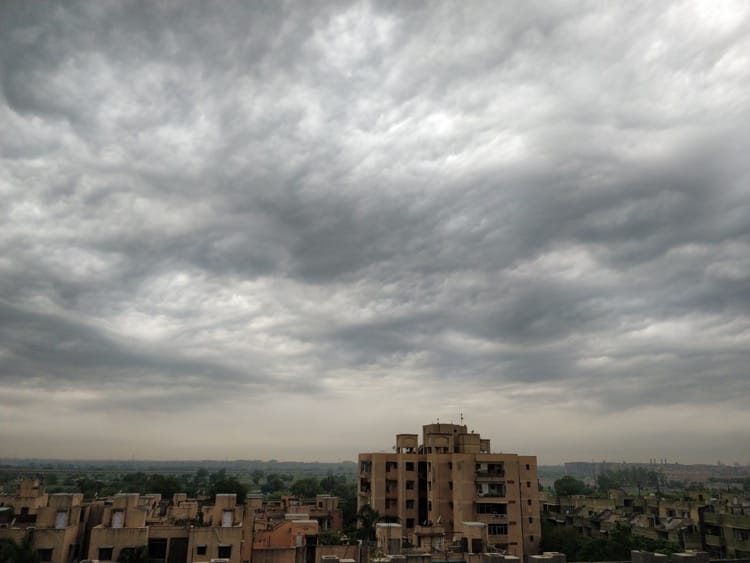 The bokeh produced when we switched to the portrait mode (which has a UI right out of the iPhone, complete with “depth effect” messages) came across as very inconsistent. There were some snaps where the bokeh was very deep and precise, putting more light on the foreground and the pictures ended up looking sharp. But there were also instances where we thought the bokeh in the pictures looked very artificial and software generated. There were some parts in the background where there was no bokeh while sometimes, parts of foreground also turned a bit blurry. 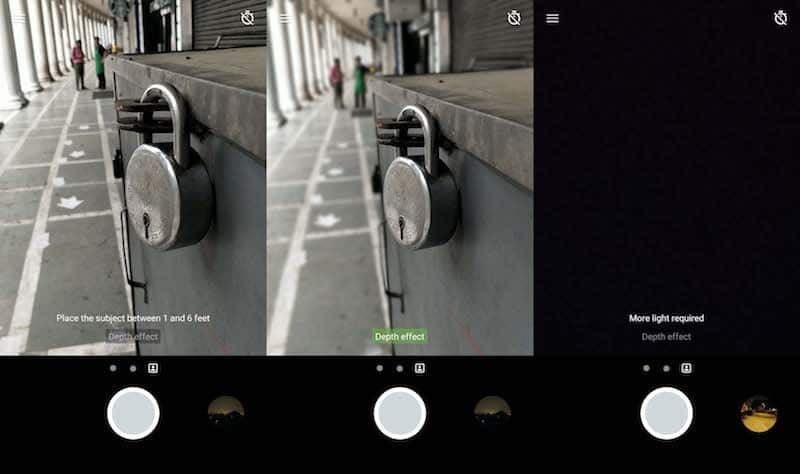 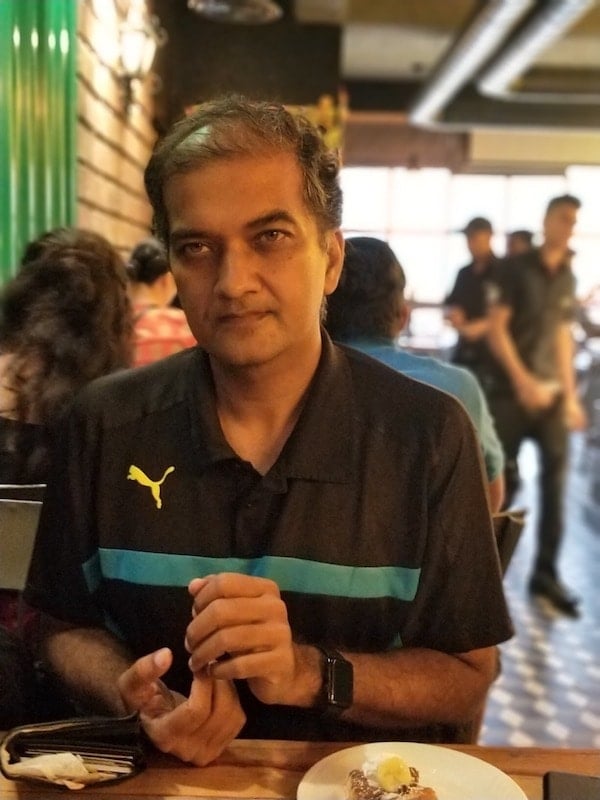 The quality of pictures also went downhill as we moved from well-lit to low light conditions. We felt noise creeping in as we took pictures in low light environments. To click a picture and capture what you are looking at through the viewfinder, you really have to stop, stabilize the camera (oh, how we miss OIS on this), focus and then hit the shutter button. Otherwise, you might end up with a blurry shot. 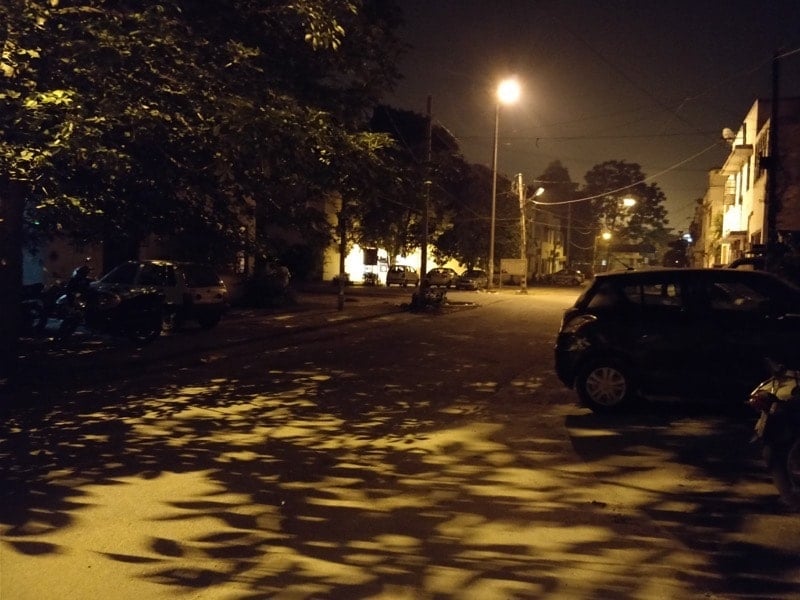 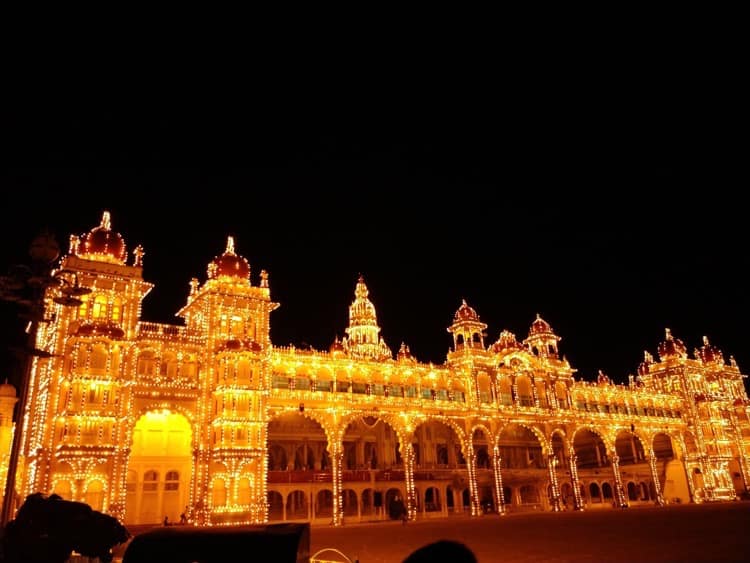 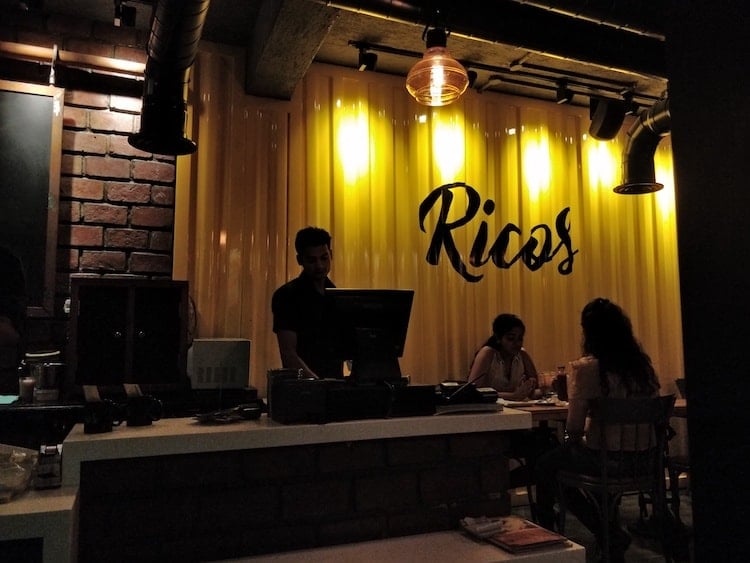 Handling glare did not seem to be a problem for the OnePlus 5, but color reproduction was. We thought the colors looked a bit oversaturated and this is not the AMOLED screen making a difference. The colors were a little too popped up. Some people might not mind it, but purists will turn their noses up at it. And honestly, we would rather use editors to pop up colors if and when we want to. And because the phone does not come with optical image stabilization, taking pictures of a hyperactive dog or a kid or just trying to take a picture through a moving car can be painful. Lastly, the lossless zoom for which the dual camera is actually there on the phone worked well. We zoomed in and took pictures, and while the zoom was not really completely lossless, it was decent (check out the pictures of the swans in a lake). 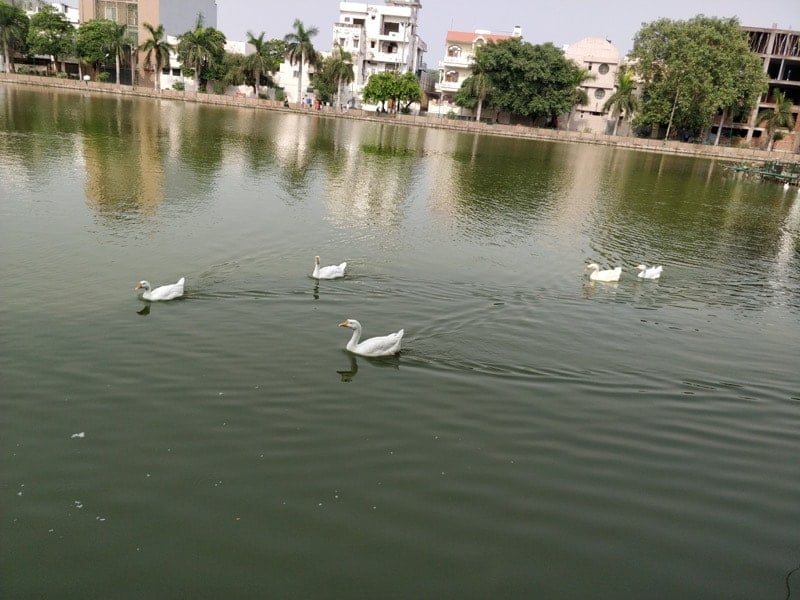 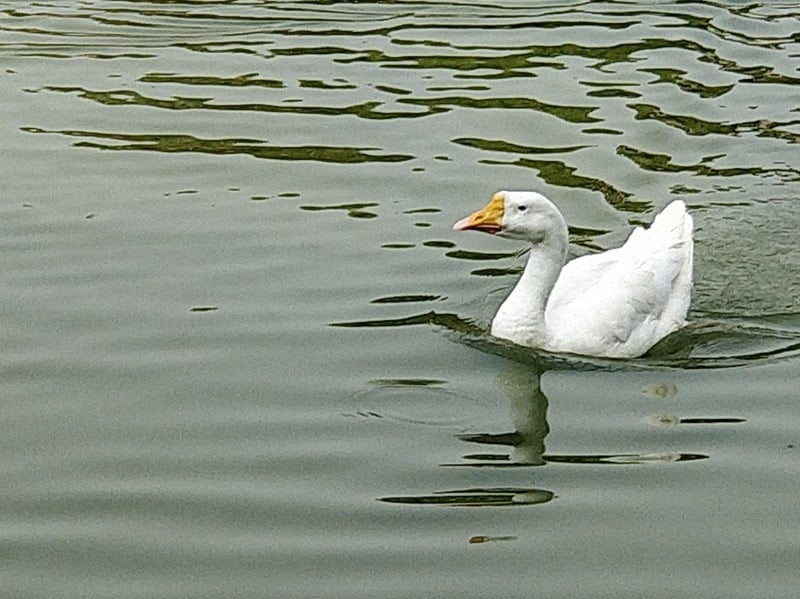 A big issue, however, was consistency. Yes, when the camera did work well, it could take on anything and anyone in tech camera town. But this was not always the case – we sometimes found shots varying in quality even when they were taken in quick succession. OnePlus seems to be aware of the issues, which is why we are seeing a number of updates being issued, claiming to optimize/improve camera performance. But as of now, we would call the dual camera set up potentially great, but just way too unpredictable for comfort.

The front camera on the OnePlus 5 is same as that on the OnePlus 3T which is a 16-megapixel front facing camera. The front camera performs well. Our selfies turned out to be pretty decent, and the color issue that we had with the primary camera, fortunately, disappeared when we switched to selfie mode. Again, the interface is plain – there is a beauty mode and smile detection but do not expect stuff on the lines of the selfie snappers from Oppo, Gionee, and Vivo. 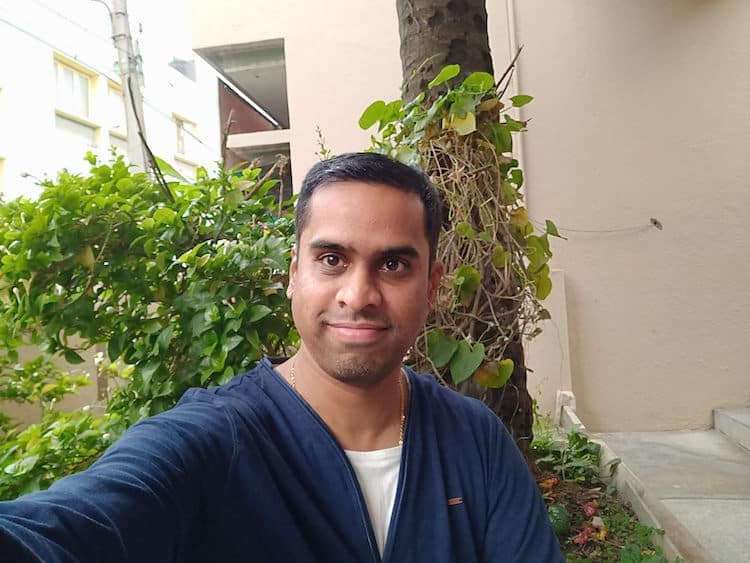 Verdict: On the road to greatness… but not there yet

OnePlus has definitely tried every trick possible in the grandma’s diary to make the OnePlus 5’s camera a stand out feature it terms of hardware at least, (well it literally does in design terms too: the lens protrudes from the back) but we think the brand held its hand back when it had to sprinkle its software tricks over the camera interface. If we were to buy such a powerful phone with this kind of a camera, we would expect something more than just point and shoot or few things around it. The very fact that it does not have as many features as even some mid-segment devices felt a little restricting. On top of that, we thought the camera was inconsistent. We did not know what to expect while we took pictures from it. Sometimes, the result made us hold our jaws to keep them from falling in sheer delighted surprise while at others, it made us pull out our hair in sheer disappointment.

So has OnePlus 5 attained camera greatness? We are not so sure. Perhaps a few more updates will put it there, but at the time of writing, it is definitely on the road that leads to snappy greatness.