Huawei’s wearables might be considered low profile as opposed to the smartphone but the wearables are becoming better with every iteration. The latest one to come from the Huawei is the Band 2 Pro which is a Pro version of the recently announced Huawei Band 2. As opposed to other fitness trackers in the market the Huawei may fall short in marketing but the features it has on offer is impressive. The Huawei Band 2 Pro offers VO2Max measurement, a feature that’s usually reserved for the top of the line fitness bands. 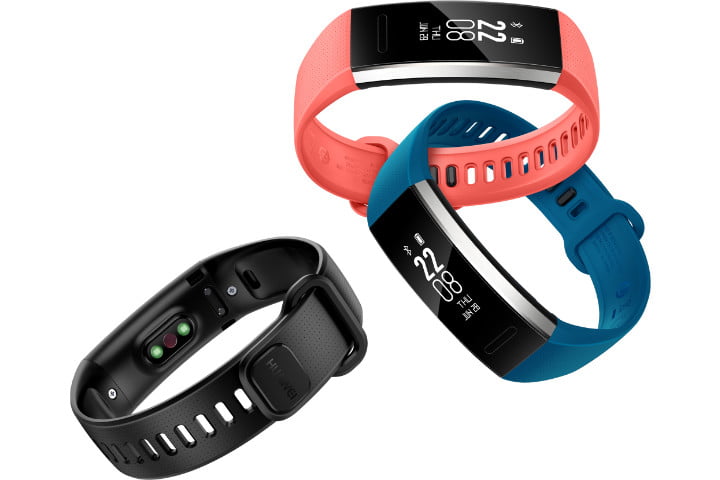 The VO2Max adds an advanced touch to the health monitoring features and it accesses the amount of oxygen your body can take and use as energy. Now, this is an important stat since it is a key indicator of how your body capacity is improving. The Huawei Band calculates the data by analysing the stats from your workouts which is eventually compared with the heart rate. Huawei has apparently partnered with Firstbeat Technology, a company that promises 95-percent accuracy in its readings.

The heart rate sensor on the Huawei Band 2 Pro is active all day and it also comes with an onboard GPS. Huawei claims that the battery will last for 21 days even with the hear rate monitoring, however, the battery backup will diminish to a rather disappointing 3.5 hours with the GPS module active. In order to save the users from the peril of over exercising the Band 2 Pro comes with a recovery time indicator. The TruSleep measurement is touted to monitor different stages of sleep including REM.

Huawei FreeBuds 4i Review: A Well-Rounded ANC Performer for Its Price
Read Next
Source: Digital Trends