RIL has a knack for surprising people during its annual general meetings (AGMs). Consider the evidence. During the 2016 AGM, RIL had announced the commercial roll out of Jio. Similarly, during the 2017 AGM, RIL announced the much-awaited and heavily leaked VoLTE feature phone named JioPhone. Just like the 2016 AGM, the excitement surrounding the 2017 AGM was immense, and RIL managed to deliver upon the hype. The Jio Phone with its features and price has the potential to shake the Indian telecom industry. 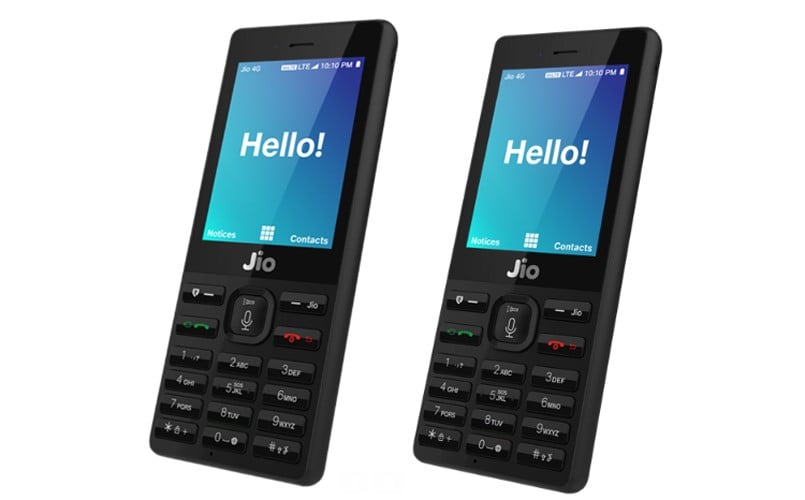 I had expressed my thoughts on the JioPhone in a previous article, calling it the final piece in the Jio Puzzle. Much of what I had written in the article remains true even now, but we also have additional details available on the JioPhone. I had erred in predicting that the Jio Phone would not have an app store, but it is official now that it does. Keeping this and several other details in mind, let us take a closer look at the JioPhone.

One of the more interesting announcements during the AGM was that of a cable that would allow Jio Phone users to mirror Jio TV content on any television, and we mean, ANY television, because specific mention was made for CRT TVs, which dominates a lot of Indian households in Tier 2 cities and lower. I have said it before, and I will repeat it: in my opinion, the cost of end-terminal devices and availability of high-speed data are just part of the reason why data uptake has been slow in India. With the JioPhone and the Jio network, both the cost of end terminal device (Jio Phone is effectively free) and availability of high-speed 4G network (Jio promises better coverage than 2G network operators) should no longer be the issues. 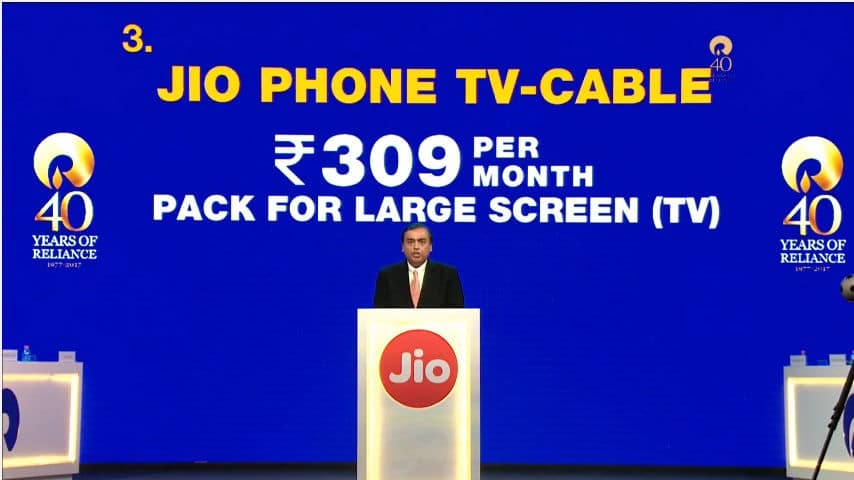 However, for people to make use of data, they need content. People living in urban areas are generally more tech-savvy and know how to make use of 1 GB of data per day. Most of us in the geek brigade (largely an urban phenomenon in India) know how to distribute the 1 GB per day allocation amongst Twitter, WhatsApp, YouTube, Facebook, and others, but that is not the case with the JioPhone’s target audience – the feature phone users. Most feature phone users consume little to no data, they have no online presence and have little clue on how to make use of data. Someone who consumes 0-100 MB data per month would have no clue on how to best make use of much more data that would be provided to them on a daily basis.

But if there is one form of content consumption that is prevalent all over India, it is watching TV. This is particularly true for Tier 2 towns where people are known to watch TV for at least half an hour every day or even more. This is where the Jio TV Cable would end up being helpful. The Jio TV app already has all the content that one would expect from a DTH connection or a cable connection. The JioPhone TV cable would make the phone a perfect DTH/cable replacement.

To put it simply, Jio is eating away the lunch of local cable-wallas and DTH operators with a brilliant strategy. Watching TV is the most common form of content consumption in India and something that everyone does. Tapping into that instantly gives a well-defined purpose to the JioPhone. What’s more, it is known that Jio’s network is rather under-utilized in small towns and villages. Mirroring TV channels through the Jio TV would be a great use of excess capacity that is present in these small towns and villages.

One crucial aspect required for Jio TV to work would be constant speeds. An HD stream would ideally require at least a 6 Mbps or higher speed all the time while an SD stream might require at least 3 Mbps in order to work. I am reasonably sure that these minimum speeds can be met in villages and small towns. Many users have noticed that speeds in small villages and towns on the Jio network are much higher than what we receive in cities. In my own experience, I have seen speeds go as high as 70Mbps and above 8Mbps at all locations when I was in a small town in Jharkhand. However, the same is not true for cities, as they are more congested and as a result, people struggle to get more than 2 Mbps as well. At my own house in Chennai, I find it difficult to cross even 1 Mbps on Jio at all the times. It would be interesting to see how Jio manages to deliver a buffer-less experience on Jio TV in cities where congestion levels are too high, but I am sure this will not be an issue in small towns and villages, which will be where a large portion of the target audience of the JioPhone stays.

As expected, the Jio Phone runs a relatively unknown OS called Kai OS which happens to be a fork of Firefox OS. I initially expected Jio to not load any app store on the device, but it did. This opens up new possibilities. Oh, and complications as well.

Now, in Q1 2017, 30 million feature phones were shipped in India. Assuming that even 50 percent of the JioPhones that are being stocked get sold, this would create a platform of itself, and I honestly would not be surprised if Jio manages to sell tens of millions of feature phones in a few months. Remember, this is the same company that managed to notch up 100 million subscribers in a matter of 170 days. 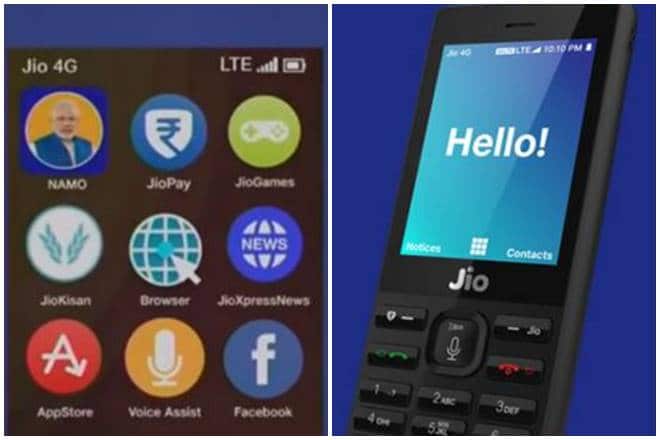 Considering the sheer number of JioPhones that would be sold, the relatively unknown platform would be one that all apps developers would be vying to have a piece of. But the problem over here is the conflict of interest; Jio has its own set of apps to promote such as Jio TV and Jio Music, so if someone like Saavn wants to host their app on Jio’s App Store, it would actually harm Jio’s interests.

But would Jio go so far as to block competing apps? This may sound a little far-fetched to some, but the fact is that it is already a practice that’s common in the tech industry. Companies that control platforms, often block competitors. For example, it is only now that Apple has allowed Amazon’s Prime Video to work on Apple TV while Amazon still does not sell Apple TV or Chromecast. If global tech companies can so openly block competition, then there is no reason why Jio should be an exception. In fact, devil’s advocates would argue that Jio could not only block competitors but also know which apps are gaining steam and either try and integrate the features of those apps directly in the Kai OS or release a replica of the same apps.

Put simply, if the JioPhone ends up selling in tens of millions (which it almost certainly will) then Jio will have the kind of power that’s only afforded to some of the largest tech companies. While the battle for Net Neutrality is being waged, I am skeptical if there is anything that can be done in making sure that Jio plays fair when it comes to the Kai OS and its app store. No matter how that rolls, there is a high chance that some apps or companies will be affected negatively in some way or the other. 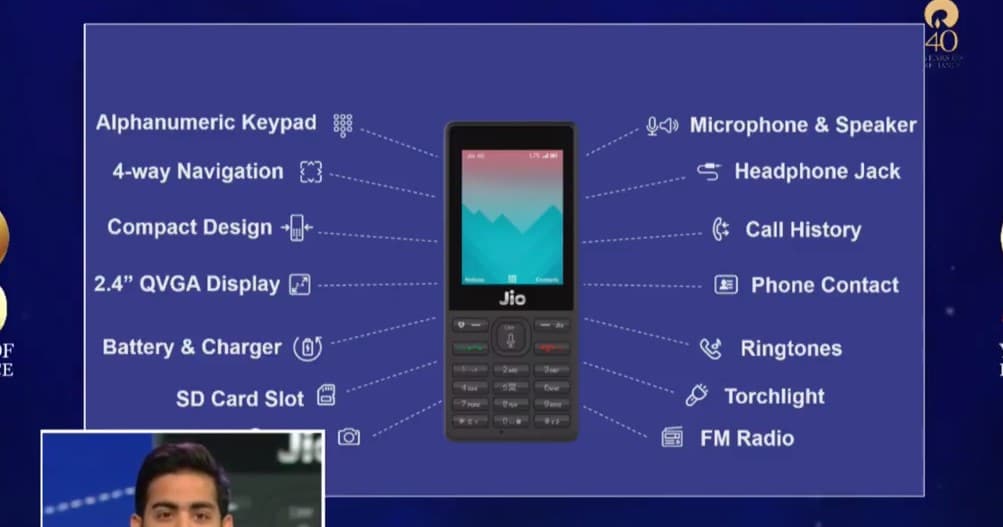 This could lead to two situations. One, that the JioPhone by virtue of being locked to the Jio SIM would connect only to the Jio network. Two, that there’s a good chance that the Jio network would be the only high-speed network available in those areas, encouraging people to buy the JioPhone since the JioPhone specific plan at Rs 153 is the cheapest available. Either way, there is a good chance that people living in rural and suburban areas would find themselves on Jio. And once they start using the JioPhone which runs an OS and app store that’s controlled by Jio, Reliance would end up controlling the entire digital lives of people in rural or suburban areas. The entire stack, right from connectivity to end device to content would be controlled by one company.

If that sounds unreal, compare this rural or suburban situation to a metro city, where at any location people have two or three 4G operators to choose from. These people use smartphones that are on Android or iOS and use apps made by various third party developers. In short, the digital lives of people living in urban areas are not controlled by one company but this may well be the case in rural or suburban areas. The kind of power this would give Jio is beyond imagination.

No DTH on the anvil

There have been rumors on the internet that Jio plans to unveil a DTH offering but after the announcements that were made at the AGM, I am reasonably sure that Jio does not have any DTH plans. The JioPhone TV cable would work as a DTH replacement in most rural and suburban areas where capacity is underutilized. Meanwhile, the announcement regarding the roll out of fiber optic broadband means that IPTV would be Jio’s preferred route of delivering TV content in urban areas.

So you want to start a revolution…

Depending on how you look at it (and which side you are on), the JioPhone might turn out to be the single most defining feature of India’s tech and telecom industry or it may be turn out to be dud like the Tata Nano car which was just as hyped. As in so many things, however, a lot is going to depend on the execution of the plans surrounding it. There is no doubting that the JioPhone is at the moment of writing a paper tiger, but one which could well morph into a flesh and blood one if handled capably. It would indeed be interesting if almost a decade after the smartphone revolution Indian telecom were to be transformed by a feature phone.

It could happen.
You read it first here.

Was this article helpful?
YesNo
TechPP is supported by our audience. We may earn affiliate commissions from buying links on this site.
Read Next
With Football Manager 2023 Touch, Apple Arcade finally has its “killer ...
#Indian Telecom #Jio Phone #JioPhone #Opinion #Reliance Jio