Motorola is back with the X series and has announced the Moto X4. While the Moto X series is no longer the company flagship it still does holds up good as a powerful midrange offering. The new Moto X4 boasts of a dual rear camera setup and it supports Amazon Alexa voice assistant. Yet another quirk of the Moto X4 is the rectangular shaping that looks oddly fascinating. 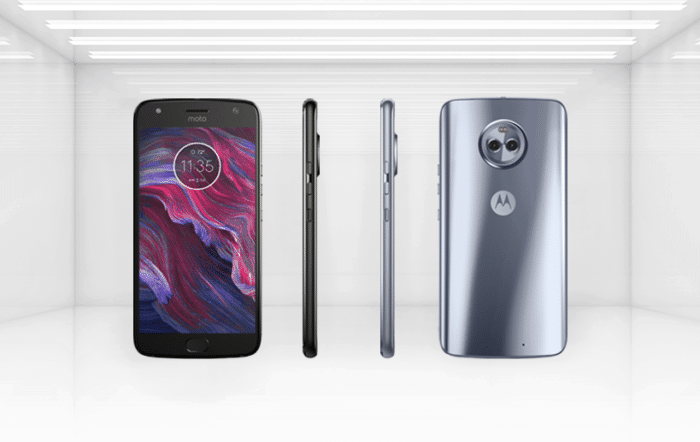 The Moto X4 comes equipped with a 5.2-inch FHD display and is powered by Snapdragon 630 clocked at 2.2GHz and paired with either a 3GB RAM or a 4GB RAM. On the storage front, the device offers a choice between 32GB/64GB internal memory alongside a microSD card slot that is capable of supporting up to 2TB. The device is backed by a 3000mAh battery and runs on Android Nougat 7.1.

The rear dual camera setup compromises of a 12-Megapixel sensor+8-Megapixel ultra-wide angle lens with 120-degree field of view. Other features include dual LED flash, Professional Mode, Depth Detection Autofocus, slo-mo, ultra-wide angle shot. As per Motorola, the wide angle lens will help capture depth effects including selective focus and color. The front facing camera/selfie camera is a 16-Megapixel unit with flash, f2.0 and Beautification mode. The camera app has also picked up new intelligent feature like the one that recognizes landmarks and objects, which in a way is pretty similar to the Bixby.

The Moto X4 comes with a front facing fingerprint sensor and front facing speakers. It responds to the Alexa voice commands and offers a similar set of capabilities as the Echo devices. Moto X4 features the usual set of connectivity options including 4G LTE, WiFi, Bluetooth 5.0, USB port C and GPS.

Was this article helpful?
YesNo
TechPP is supported by our audience. We may earn affiliate commissions from buying links on this site.
Read Next
Moto G60: India’s most affordable 108MP+32MP Smartphone!
#IFA 2017 #Lenovo-Motorola #Moto #Moto X4