Truecaller is arguably one of the most used apps in India and almost all of us depend on the same to know the details of an unknown caller. After diversifying to the Truedialler and Truemessenger (only to integrate them back to the main app), the company has now added a few new features. that will go a long way in helping its users specifically in India. 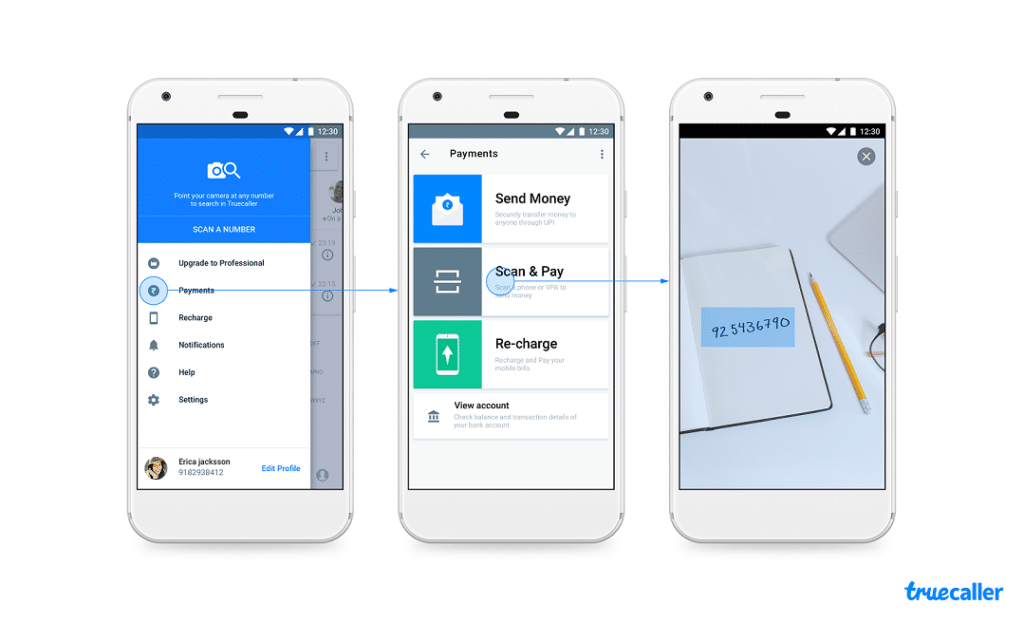 To begin with, one will be able to scan the phone numbers from the smartphone camera and detect the same. Users can point the camera at billboards, business cards and the app will detect the number without actually having to take a picture. The best part, however, is that the Number Scanner doesn’t require an internet connection and will fetch the results on a real-time basis. In case of active internet connection, the app will display the details of the contacts you are trying to add.

As a product made by the community and for the community, our commitment to our users is to constantly add features that enable them to stay ahead of the curve. These new features make Truecaller even more relevant in the real world. When you see an important phone number, you can directly pull it into your phone with Truecaller and use it, in seconds, to connect or make a payment. Also, during critical moments you can reach out to the right company, person or service with a single tap with Fast track numbers. Narayan Babu, Director of Product and Engineering

Truecaller’s “Number Scanner” feature is also capable of detecting multiple numbers and will let you choose the number you want to save. In India, users will be able to scan the number and use it along with UPI payments. So the next time you want to pay the shopkeeper simply scan his number on the app. That being said, it’s apparently not possible for the users to source an image from the gallery and scan the same in Truecaller. With the addition of UPI layer to the app, Truecaller users will now also be able to request money and recharge numbers.

Truecaller has also launched something called the Fast Track Numbers, a service that curates all the toll-free numbers for emergency services like banks, police, medical care and ambulance. Once again all of these features are accessible without the need for internet connectivity. Yet another feature is the balance check which will allow users to check their bank balance with a single tap. All of these features are integrated into the search bar and will be available only in India.

Was this article helpful?
YesNo
TechPP is supported by our audience. We may earn affiliate commissions from buying links on this site.
Read Next
3 Common Truecaller Myths and Misbeliefs Debunked
#Truecaller #UPI