Spectrum is the lifeblood of any telecom operator. India has had a series of spectrum auctions over the past few years as telecom operators buy spectrum of expiring 2G licenses and roll out 4G services. TRAI recently released a consultation paper discussing the specifics of spectrum that needs to be sold. Needless to say, the paper made for some very interesting reading. 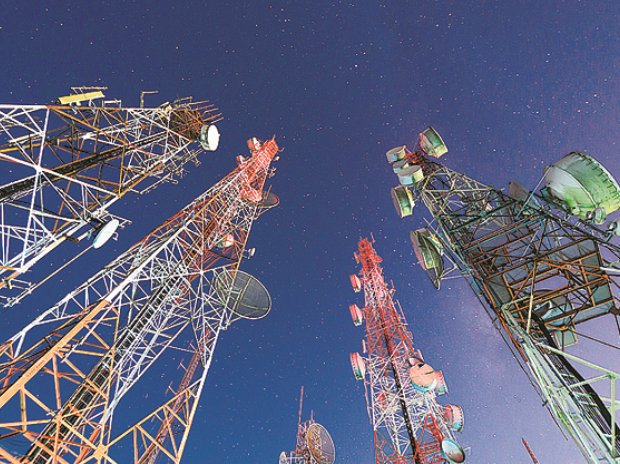 TRAI hasn’t specified a timeline and is, in fact, asking stakeholders to specify a timeline for holding the spectrum auction. The regulator has taken note of the financial stress facing the industry and did not want to extend the balance sheets of telecom operators even further. To that extent, it has not decided when the auction will be held. However, if past events are any indication, then it is quite likely that the spectrum auction might be held towards the end of 2017 during November or December. 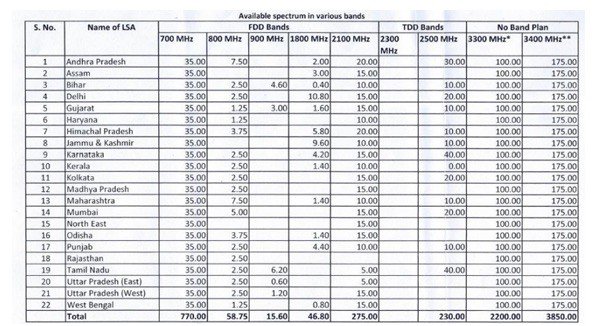 700 MHz is one of the most valuable low-band spectrums all across the globe. It has a solid LTE ecosystem around it and is best suited for deploying LTE in villages and other far-flung areas. In the previous auction, the regulator had decided to put up 35 MHz of paired spectrum in the 700 MHz band on a pan-India basis. However, a flawed pricing methodology made the base price of 700 MHz spectrum so expensive that none of the telecom operators bid for it.

In the auction that it is to be conducted, the regulator will once again put up the entire available 700 MHz band up for auction. However, this time around the pricing would be different. TRAI in its consultation paper has acknowledged that a better pricing mechanism needs to be developed in order to set the base price of 700 MHz band. It is widely expected that the pricing of the 700 MHz band this time around would be vastly lower than what was seen in the previous auction.

Barring Andhra Pradesh and Punjab, there is no meaningful amount of 800 MHz spectra available for this auction. The only bidder in this band has been Reliance Jio which in the previous auction bid for 800 MHz spectrum in only four circles (Gujarat, Punjab, Rajasthan and U.P East). Now that RCom’s planned acquisition of SSTL (MTS) is in the final stages, Jio would get access to even more 800 MHz spectrum on a pan-India basis. It is most likely that no one would bid for 800 MHz bands in the upcoming auction if the 700 MHz band is priced accurately.

900 MHz: Airtel lurks in the wings

Aircel’s 900 MHz spectrum that was administratively allocated in Tamil Nadu along with its 2G license is bound to expire in 2018 and TRAI has decided to put it up for auction. The rest of the circles where the 900 MHz is being auctioned had less than 5 MHz of spectrum available and received no bids in the last auction as well. However, with TRAI putting up as much as 6.2 MHz of 900 MHz spectrum in a Category A circle like Tamil Nadu, it is quite likely that someone like Airtel might pick up that spectrum and use it for deploying 3G. Note that Airtel already uses close to 10 MHz of 2100 MHz spectrum for 3G in Tamil Nadu and if Airtel starts using 900 MHz for 3G then as much as 5 MHz in the 2100 MHz band could be deployed for 4G instead.

Barring Rajasthan, there is a good chunk of 2100 MHz spectrum available in almost all circles. However, the key question is who would want to buy it? 2100 MHz spectrum is primarily used for 3G and considering the meteoric rate at which 4G smartphones are penetrating the market; it makes no sense to roll out a 3G network at this point in time. Some operators such as Idea are using 2100 MHz band in Mumbai for rolling out 4G as well. But with many operators yet to deploy even the 2500 MHz and 2300 MHz spectrum they won in the previous auction, it remains to be seen if anyone would want to buy 2100 MHz spectrum for deploying 4G.

There is no 2300 MHz available in any circle in any quantity. Reliance Jio, Idea and Airtel swept away the entire available 2300 MHz spectrum in the October 2016 auction.

Considering the soaring growth in data consumption and the lack of 2300 MHz spectrum in the market, there is a good chance that 2500 MHz spectrum may find a lot of bidders for whatever quantity is available in whatever circle so that telecom operators can improve the capacity of their networks. This is the only high band spectrum available in the market with a developing ecosystem around it. A lot of telecom players would want to deploy it in order to ensure optimum speeds in a world where 1GB/day has become the norm, and in a country where half the population is yet to come online.

The 3300-3400 MHz spectrum is currently being provided to ISPs such as Tikona for last mile delivery. In several areas, it is quite difficult or unfeasible for ISPs to lay the last mile infrastructure and hence spectrum in 3300-3400 MHz is provided to ISPs so as to provide the last mile. TRAI now proposes that the entire 100 MHz in 3300-3400 MHz be made available for telecom services while ISPs shift to another spectrum band. 100 MHz of high band spectrum would boost the wireless capacity of Indian telecom networks by a great deal, but this band does not have a well-defined LTE ecosystem around it and has been deployed in very few countries. It would take a lot more years before spectrum in this band can be used for telecom purposes.

To quote the TRAI report:

Certainly, if TRAI makes the required effort, a TDD network can be deployed on Band 42 (3400-3600 MHz) in India. This would be immensely helpful considering the nation’s relatively poor fixed-line infrastructure and how wireless networks carry most of the traffic.

All said and done, a lot of spectrum bands are up for auction. It remains to be seen when these bands would be auctioned and/or at what price. Whatever maybe the case, this would be yet another extravaganza auction that would be monitored closely by Yours Truly if and when it does occur. Stay tuned.

Was this article helpful?
YesNo
TechPP is supported by our audience. We may earn affiliate commissions from buying links on this site.
Read Next
What is UPI Lite and How to Enable it on Any Device [2022]
#analysis #india #Indian Telecom #Spectrum Auction #TRAI