When we think of budget and value for money phones in the country, one of the first names that pops up in most minds has to be Xiaomi. Xiaomi has over a period of three years, managed to get a firm grip on the Indian smartphone market, especially in the budget segment. The company has launched some really impressive devices at very budget-friendly prices – the Redmi Note 4 and Redmi 4A being prime examples. And with the just-launched Redmi Y1, it carries forward its tradition of great specs at surprisingly affordable prices. 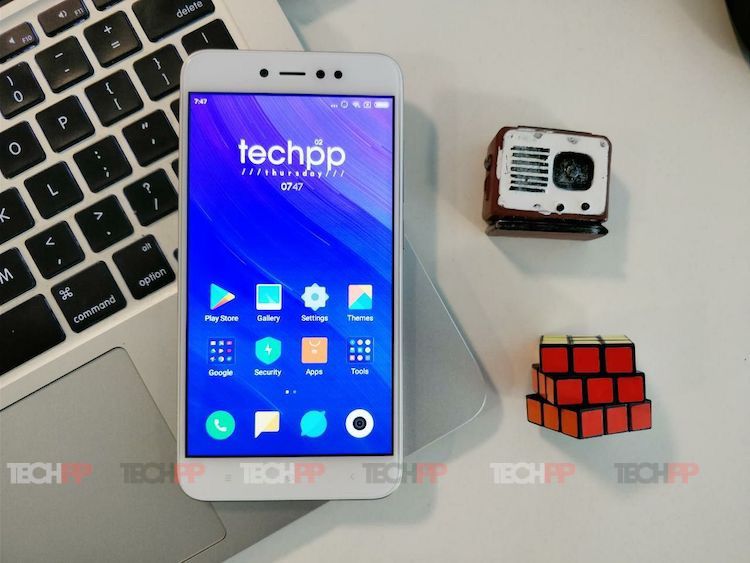 But the Y1 is not quite like any other budget smartphone that the company has launched so far – it is the first from the Xiaomi stable to be targeted at selfie lovers, with a front-facing camera that has a higher megapixel count than the rear one. Is this is going to be another hit straight off the bat by the company? Or will it stumble in selfieland (we did not say “selfiestan”!)? 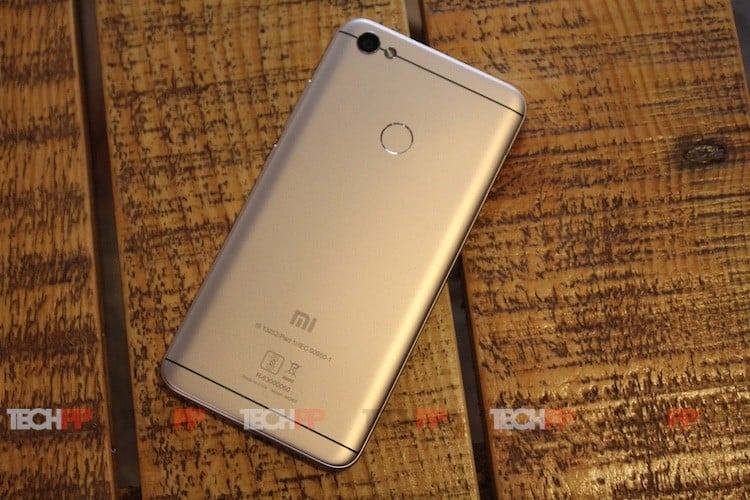 In terms of cameras, the device packs a 13-megapixel primary camera with f/2.2 aperture along with LED flash, and then comes the star of the show (as per the company): a 16-megapixel front-facing camera with f/2.0 aperture with a LED Selfie-light (as Xiaomi likes to call it). The Redmi Y1 runs on a 3080 mAh battery. The device runs on Android Nougat 7.1.1 and commercially comes with MIUI 8 out of the box which will get upgraded to MIUI 9 shortly (our review units have MIUI 9 beta running on them). In terms of connectivity, the device can support two SIM and has a dedicated slot for MicroSD card so that you do not have to compromise on your networks or space. The other connectivity options on the device include 4G/3G, Wi-fi, Bluetooth, Infrared GPS and FM radio. Decently specced, we would say, and while some might be less than impressed by the HD rather than full HD display, a 16.0-megapixel selfie camera at this price point is rare.

The Redmi Y1 pretty much looks like any other budget range device in the market (barring the Micromax Canvas Infinity, ahem) but is bigger than most – at 153 mm, it is on the longer side, although it is an impressive 7.7 mm thin. The smartphone comes with a 5.5-inch HD screen, which dominates the front and also has some seriously big bezels around the screens. The company has placed the front-facing camera and flash, the earpiece and the proximity sensor right above the display. Below it are three capacitive touch buttons for navigation. We received the gold variant of the smartphone where the bezels were white. On the white bezel, the capacitive buttons are light grey in color and are not back-lit. 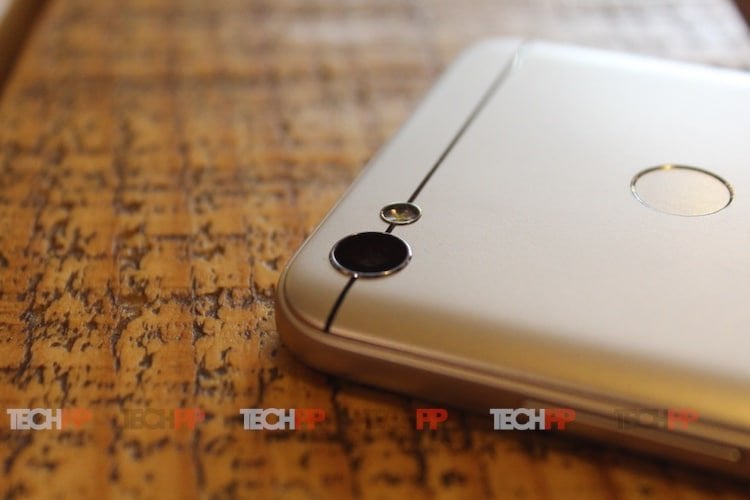 Turning the phone around, you will find the primary camera placed on the extreme top left followed by the LED flash. Both are circular in shape and have a metal ring on their circumference. The smartphone has two very shiny (read “almost reflective”) antenna bands. The one on the top goes through the camera and the flash while the other one sits down south below the Xiaomi logo. There is also a circular fingerprint scanner placed below the first antenna band. The back of the phone is made of plastic but it does not look cheap and almost looks like metal with its subtle shine.

Moving on to the base, the company has placed the speaker grilles there along with a micro USB port. On the top is the 3.5 mm audio jack along with the infrared port. The left side of the phone holds the SIM card and MicroSD card tray while the right side sports the volume rocker and the power button.

Because of its 5.5-inch display and fairly big bezels around it, the phone actually feels a bit big. You can still hold it one hand, but those with small palms might have some difficulty in handling it with a single hand. The smartphone measures 153 x 76.2 x 7.7 mm and weighs 153 grams. And although it looks big, it does not really feel that heavy which is definitely a plus point. The phone has got a great ‘hand feel’ to it and a solid form factor. It will not stand out in the crowd but looks decent enough and is definitely not an eyesore.

Budding for the crown of budget selfiestan 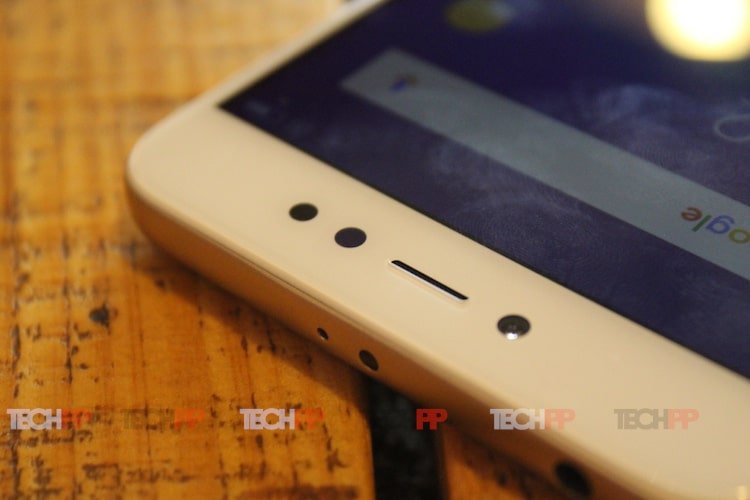 The Xiaomi Redmi Y1 (3 GB/ 32 GB) is priced at Rs. 8,999 which seems pretty impressive for a device with a 5.5-inch screen. Although the device does not have a full HD display, we can see those wanting a device with a large display gravitating towards it. Then there is the 16-megapixel front-facing camera with which is directly aimed at selfie lover, and comes with some software touches too. All of which makes it an impressive proposition. That said, the Xiaomi Redmi Y1 faces tough competition from the likes of the Lenovo K8 Plus (which has a full HD display) and Micromax Canvas Infinity (18:9 aspect ratio), that are placed in the same segment and have their own USPs. The Y1 also faces competition from its own siblings in the race because the Redmi Note 4 is a very strong contender that hovers around the same price, and the Redmi 4 is no pushover either. So just how well will the Y1 fare against this army of frenemies? A lot is going to depend on that front-facing camera, and that is the territory in which Xiaomi has never really ventured in the past. Stay tuned for our detailed review.

Was this article helpful?
YesNo
TechPP is supported by our audience. We may earn affiliate commissions from buying links on this site.
Read Next
With Redmi A1, is Xiaomi Resurrecting the Android One Dream, but Without Google?
#First Cut #First Impressions #hands on #Redmi Y1 #xiaomi