Lenovo has been pretty active this year. The company, along with its sister brand Motorola has launched a fair number of devices in the mid-range segment. The latest is another addition to the Lenovo K series family, and just like the recently launched K8 Note, this smartphone has also skipped one generation in terms of nomenclature – remember how the K8 Note came right after the K6 Note, skipping the K7 Note. And although it is projected as the successor of the K6 Power rather than the younger brother of the K8 Note, it follows the same naming trend. The Lenovo K6 Power had disrupted the market when it was launched. Is the Lenovo K8 Plus going to follow in its footsteps? 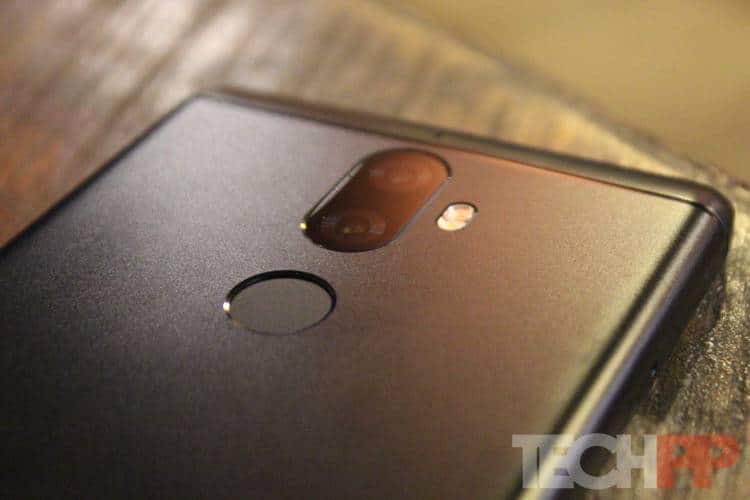 In the looks department, the K8 Plus is pretty much like a shrunk version of the K8 Note. We received both units in Venom Black color, and if it were not for the size, it would have been really difficult to guess which is which. And just like the K8 Note, we think the design of the K8 Plus is more on the safer side than the adventurous one. It is basically what most budget and mid segment smartphones look like. There is no element of surprise as such, but it definitely is tried and tested, and well, it definitely works.

The Lenovo K8 Plus comes with a 5.2-inch full HD display with a 2.5D glass. The display is protected by Corning Gorilla Glass. Above and below the display, there are two thick bezels that make the smartphone look a bit big for its display size. The bezel below the screen sports three well defined capacitive touch buttons. The buttons are not backlit, but because they are marked in soft gray color, one can easily spot them. The bezel above the screen holds the earpiece, the front camera, and the front facing LED flash. 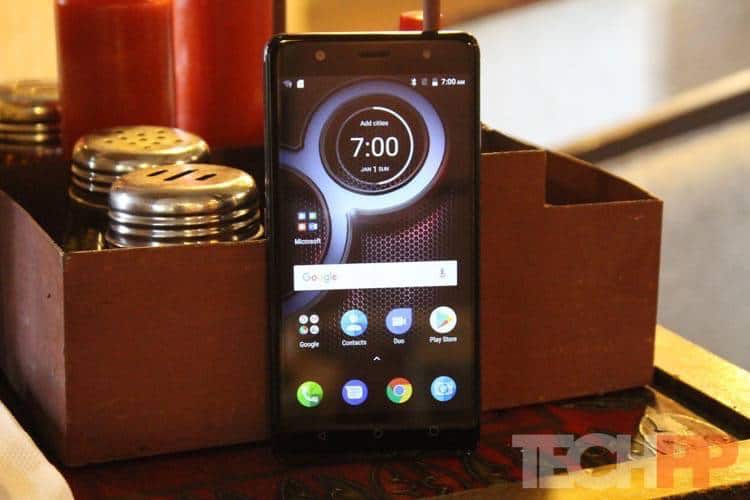 Flipping the phone around, the back is a combination of metal and plastic. The major section is metal, but the segments above and below the antenna bands are both plastics. That said, one can hardly spot the difference – there is pretty much zero difference in terms of appearance and feel. The antenna bands that divide the phone into two segments are not really shiny but are definitely reflective. One of the USPs of the device is its dual camera setup which is placed just below the first antenna band. The camera is coupled with a dual LED flash and has a circular fingerprint scanner just below it while the Lenovo logo sits just above the second antenna band on the lower end.

The base of the smartphone sports the micro USB port in the middle, while there are two speaker grilles around it. The 3.5 mm audio jack sits on the top of the phone. 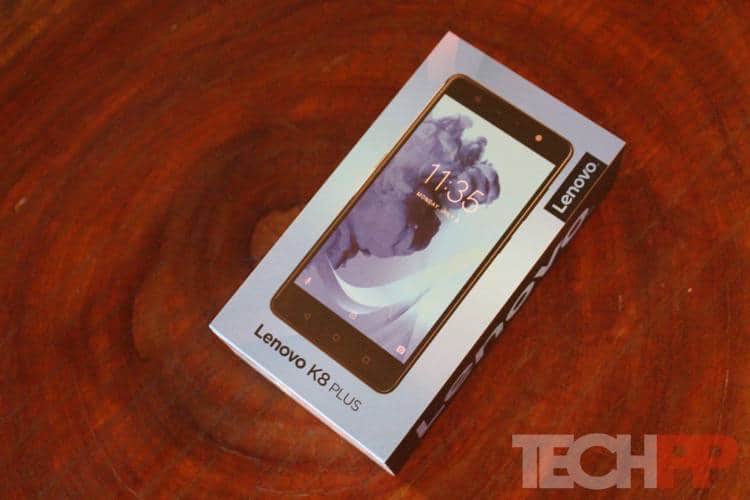 The volume rocker and a textured lock/power key are placed on the right while the left side of the smartphone sports the SIM card tray and microSD card tray. But the resemblance with the K8 Note does not end here. We saw a dedicated music key on the Lenovo K8 Note with a hint of red, and the same key is present on the K8 Plus as well. Although the key is dedicated to music and can be used for accessing and playing music directly, one can customise it to launch different apps and perform other functions, too.

The K8 Plus measures 147.9 x 73.7 x 8.99 mm. Like mentioned previously, some might criticise the device for being a tad bigger than a few with similar screen sizes. It weighs 165 grams which definitely makes it sit on the heavier side, but the phone remains very comfortable to hold and use. It fits well in hands and all parts of the device is easy to access and use. There was not any struggle involved is using the device. Yes, there still is scope for improvement (could Lenovo not have tried being a little adventurous in design, like in remember the Vibe Z2 Plus).

Regarding sheer spec sheet power, the K8 Plus has not done badly. The device comes with 5.2-inch full HD screen and is powered by MediaTek P25 2.5GHz Octa-core processor. There are two variants of the device, one that comes with 4 GB RAM and the other that comes with 3 GB RAM. Both variants have 32 GB internal storage which can be expanded up to 128 GB by using microSD card. 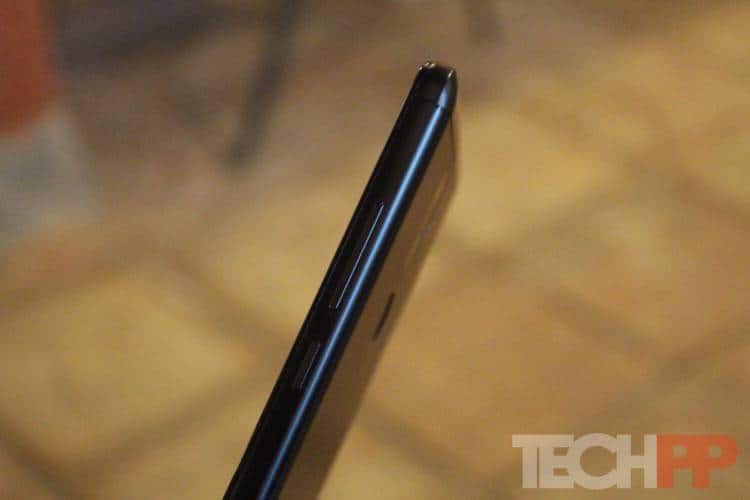 The Lenovo K8 Plus has a dual camera setup on the back which comprises a 13-megapixel sensor and a 5-megapixel sensor bundled with dual LED flash. For selfies, the company has included an 8-megapixel front facing camera with LED flash. The device is powered by a 4000 mAh battery with rapid charge support and comes with stock Android 7.1.1 Nougat out of the box, although Lenovo has added some enhancements to the camera UI, including a depth editor. The P25 is supposed to be excellent in battery management, so we are expecting some pretty impressive usage times here.

The phone also scores in terms of multimedia. It comes with Dolby Atmos audio enhancement and Lenovo’s in house TheaterMax technology that can take any content present on your phone and make it appear on a huge virtual display with the help of VR glasses.

The phone also has support for two SIM cards and has a dedicated microSD card slot, so you do not have to compromise on network or storage. Regarding connectivity, the K8 Plus comes with 4G LTE/ 3G/ 2 G support. It also features Bluetooth, GPS, FM Radio and Wi-Fi.

Faces competition, but is a contender

Lenovo is offering all this at price of Rs 10,999 for the 3 GB/ 32 GB version, which makes it a pretty sweet deal, considering those dual cameras and that massive battery. That said, the budget segment is extremely competitive, and the device is going to face competition from the likes of Xiaomi, Micromax, and we cannot ignore Lenovo’s sister brand Moto’s offerings in the range. Xiaomi’s Redmi 4 and Redmi Note 4 are the two best-selling devices in this price segment, and Micromax has released the Canvas Infinity with its 18:9 aspect ratio display as well. The Nokia 5 is only slightly more expensive, and well, we are still surprised at why people are not picking up the Lenovo Z2 Plus, which is coming with a Snapdragon 820 chip and is not too far north in terms of price. Dual camera fans can also consider the Huawei 6X. 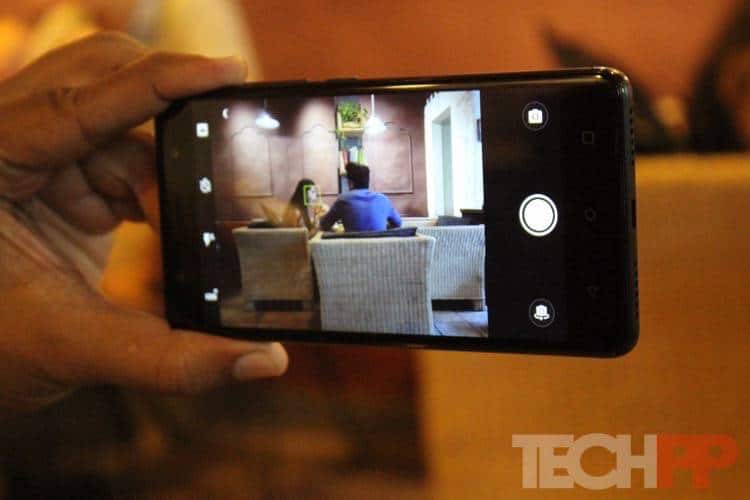 However, the K8 Plus does hold its own in our opinion in sheer spec terms at least – that combination of dual cameras and big battery at this price point is rare to find. Yes, there might be some who will wonder if the P25 chip can do as well as the Snapdragon ones offered in the same price range, but based on our initial experience, it looks like the K8 Plus is very well going to fill the big shoes of the K6 Power in the budget range.

To know more, stay tuned for our detailed review.

Was this article helpful?
YesNo
TechPP is supported by our audience. We may earn affiliate commissions from buying links on this site.
Read Next
Lenovo Legion 5i Pro Review: Legion Or Legend?
#First Cut #First Impressions #hands on #lenovo #Lenovo K8 Plus