I have been a Chrome OS user for over two years now. Back in 2015, I bought $280 computer that ran just a web browser, and since then, it has consistently managed to astonish me by accentuating how powerful and versatile “the cloud” has become. One of the key reasons behind my investment was Google’s promise of building the most proficient and modern operating system was support for Android apps. 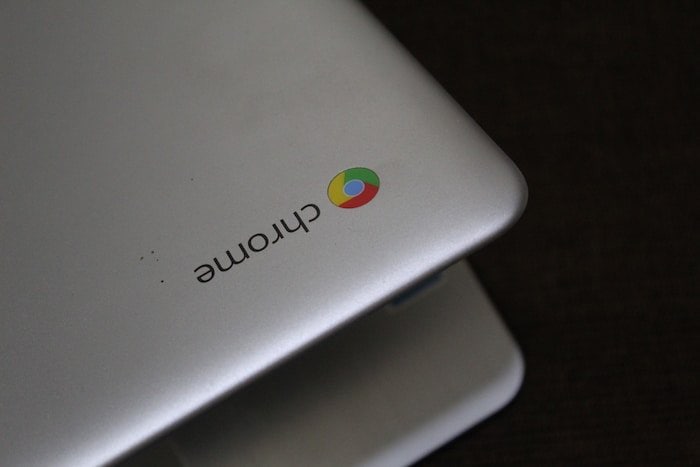 But unfortunately, Android apps on Chrome OS had a rocky start. They were buggy, unstable and had all sorts of compatibility issues. More importantly, Chrome OS itself wasn’t properly optimized for touch input and apps. Android applications too were not primarily designed to function with keyboard and trackpad. This left Google with a deadlock. They could have either updated the operating system to somehow magically start working with existing Android apps or pursue developers to build apps keeping Chromebook users in mind as well.

A lot of things have changed since I last talked about my Chromebook here. Most importantly, how manufacturers perceive these type of computers. They no longer think of them as cheap, secondary computers which are made predominantly for students. A range of companies has come up with premium Chrome OS machines like Asus and Samsung in the past year. Google itself revived its flagship Chromebook lineup with the introduction of the Pixelbook.

All of them seem to have two common factors — they come preloaded with the Play Store and feature a hybrid design that’s built to showcase the best of both worlds on Chrome OS. Naturally, to ensure these new products don’t bite the dust too early which would, in turn, provoke manufacturers to rethink their Chrome OS portfolio, Google doubled down on the tablet side of experience and pulled it out of the muddle it was stuck in before. The search engine juggernaut has, as a result, ushered in a significant number of under-the-hood as well interface changes and fixes to yield what I’m typing on today.

For starters, operating on a Chromebook in a touch-only method is much more convenient now. The app drawer can now be accessed directly by swiping up just like Android phones, and there’s a persistent back button on the bottom left corner for when you need it. Furthermore, the Chrome browser itself seems to be more optimized now and feels a bit more responsive especially when you switch tabs. You probably won’t notice these subtle refreshments if you don’t regularly use a Chromebook.

In addition to that, Material Design is much more consistently spread across the interface. Gone are the days of archaic edgy corners and dull rectangles. Even the lock screen was revamped recently and now fits more innately in the rest of the OS’ theme. 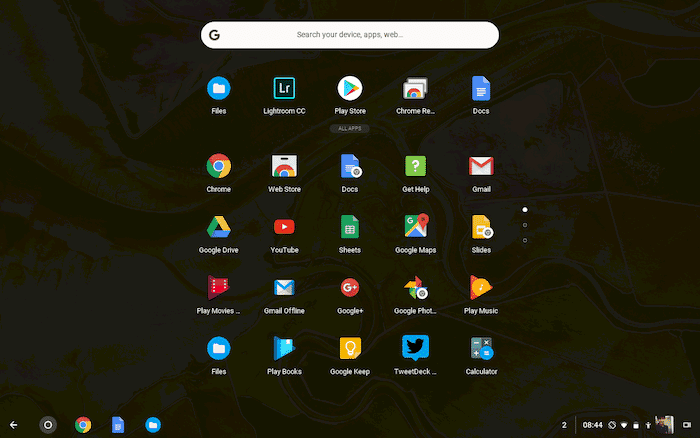 Made for a Chromebook

Android apps are, however, the most critical reason why I feel Google is finally making progress here. To begin with, there’s now a dedicated section in the Play Store which highlights apps that are programmed to run effortlessly on a Chromebook. While there are not a whole lot of titles available under this collection right now, you will find a few notable ones like Adobe Photoshop, Netflix, Evernote, AutoCAD, and more. 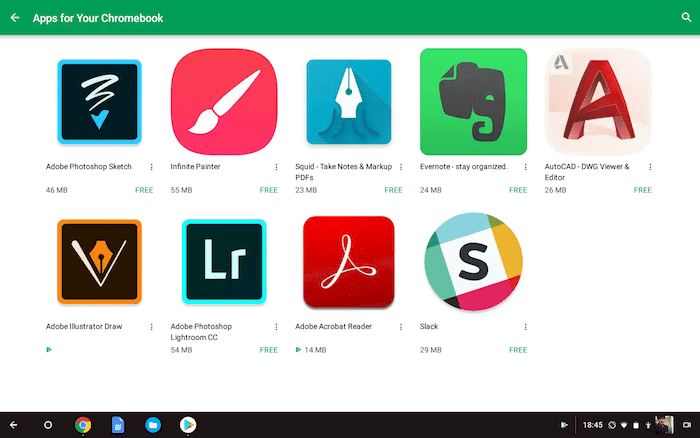 Another deficiency Google has now figured out is “resizing”. A bunch of Android applications like Google Docs can be rescaled by simply extending its sides with a trackpad or dragging using a finger. So you can work on a Chrome window and an app side-by-side. Even if a particular app is not compatible with this, you can at least use them in a floating window. This was possible in previous versions as well, but most apps were just too unstable in this position. 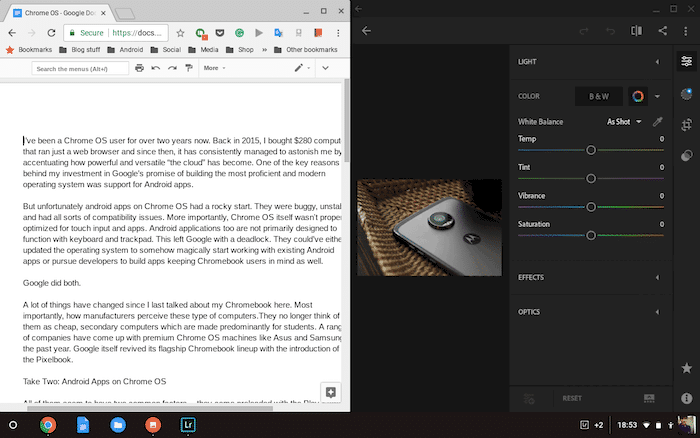 One Step at a Time

Moreover, unlike before, switching between an Android app and a Chrome app/window doesn’t cause a crash. As I said, most of these changes will seem little, but once you begin working on a Chromebook, you will realize how significant they are. What I’m trying to convey here is that Chrome OS doesn’t feel split between two environments anymore. In addition to this, the company will soon bring its Assistant to all the Chromebooks which will further improve the tablet experience. Currently, it is limited to Google’s own Pixelbook.

A Chromebook still might not be perfect to replace your existing computer, but it’s closer than ever to reaching that level. It is still, however, stuck in this impasse situation between being someone’s primary computer and a leisure tablet. What I feel Google is going, for now, is improving the operating system from both ends and spawn a product that’s good enough to replace those two single-handedly. At least for me, Chrome OS finally feels like the hybrid OS Google originally set out to build. I will be still sitting on the edge of my seat here waiting to see Google’s next move for battling the years-old duopoly of Mac and Windows.

Was this article helpful?
YesNo
TechPP is supported by our audience. We may earn affiliate commissions from buying links on this site.
Read Next
A Month After the Phone (1) Launch, Nothing has Something to Think About
#android apps #chrome os #Chromebook #Opinion