Google has announced a new convertible 2-in-1 laptop called the Pixelbook. It runs on the all-new Chrome OS, that now packs a whole lot more punch than before. The Google Pixelbook is aimed primarily at professionals who need a stunning yet portable machine to get their job done. 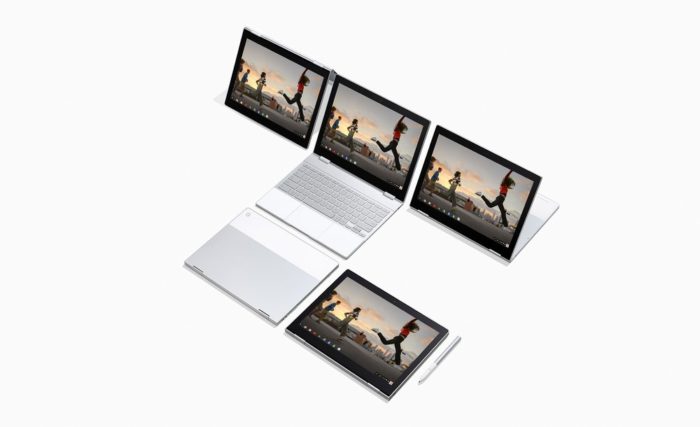 The Pixelbook can be better defined as Google’s first real attempt at a mainstream laptop. It comes with a 12.3-inch QHD display and Intel Core i5/i7 processors. Apart from that, the premium convertible features up to 512GB SSD storage and a USB Type C port for charging. You can, in fact, use the Pixel’s charging cable for recharging the Google Pixelbook. It may not be the Microsoft Surface Book killer, but it has everything in its to attract premium consumers. So without further ado, let’s find out the 7 keys features that distinguish the Google Pixelbook from its competition.

The Pixelbook is the thinnest and lightest laptop Google has launched till date. It is just 10mm thick and less than 1kg in weight. This makes it a few millimeters thicker than a standard smartphone. The Apple MacBook Pro 2017 edition, on the other hand, is markedly thicker at 35mm. The ultra-thin profile of the Google Pixel Book has been achieved by eliminating the use of fans. It is, however, prone to drops.

One of the most interesting features with the Google Pixelbook is known as Instant Tethering. It enables the Pixelbook to instantly set up and connects with data from your Pixel phone if the WiFi you are using isn’t delivering proper connectivity. The best part about this is the fact that the Google Pixelbook does the whole process all by itself. So no need of going through the irksome setup process. That said, the feature would be exclusive to Pixel phones and it isn’t hard to understand Google’s motive behind that. Basically, the Mountain View based firm is trying to develop an ecosystem surrounding its Pixel products.

Google has introduced a new stylus-like pen with the new Pixelbook. It’s calling it the Google Pixelbook Pen. Engineers at Google had apparently teamed up with Wacom for developing the Pen. Previously we have seen a similar offering from Apple, Microsoft, and even Samsung. The Google Pixelbook Pen has a super low 10ms latency and 60 degrees of angular awareness. Furthermore, it has up to 2,000+ levels of pressure sensitivity.

The all-new Pixelbook comes loaded with Google Play. This means that you can now download and use all apps that you generally use on your smartphone. That aside, you can now play popular Android games like Nova 3, Asphalt 8 directly on your PixelBook. Snapchat is readying an app specially for the PixelBook and expect other developers to follow suit as well.

Was this article helpful?
YesNo
TechPP is supported by our audience. We may earn affiliate commissions from buying links on this site.
Read Next
How to Fix Google Chrome Translate Not Working
#google #Pixelbook