[Tech Ad-ons] Google Pixel 2: Not just another Pixel in the Wall

The Pixel 2 could not have a nicer brand ambassador?

After introducing the second generation of the Pixel phone, Google is leaving no table unturned to make sure the device gets attention. In its latest effort, the company has launched a three-minute video featuring Indian Cricket legend, Rahul Dravid, which is about his day out with the Pixel 2.

Three lads, a coach and a Pixel 2

The three-minute promotional video, Dravid Spends a #DayWithPixel2 (or A Day Out With The Lads), is a little too long to be called an ad. It features Rahul Dravid who is also coaching the young Indian team, being taken for a day out by three of his players Shardul Thakur, Mayank Dagar and Shreyas Iyer. The video starts with someone giving Google Assistant instructions to record a video, then moves to Rahul Dravid talking on the phone with someone about his lost car keys. Then the three supporting cast step in and take him out for lunch. All four hop into an autorickshaw, where Dravid takes a landscape picture of trees around them from the moving autorickshaw using a Pixel 2. After a while, one of them steps down from the vehicle to ask for directions to a restaurant, at which Dravid again takes out the Pixel 2 and asks Google Assistant for directions. The group reaches the restaurant, and while they are eating, a couple of girls come over to the table to get pictures with Rahul Dravid. On seeing this one of them asks Google about his own bio as a cheeky move and everyone laughs. They then go for boating, take videos with the device while in a shaky boat. Dravid takes a selfie with one of his apprentices with the help of Google Assistant. He also uses the smart camera on the phone to take a picture of a book and to know more about it. Then the group takes a picture in low light, and lastly, Dravid sets the alarm for the next day’s practice. In the background is some very peppy background music. 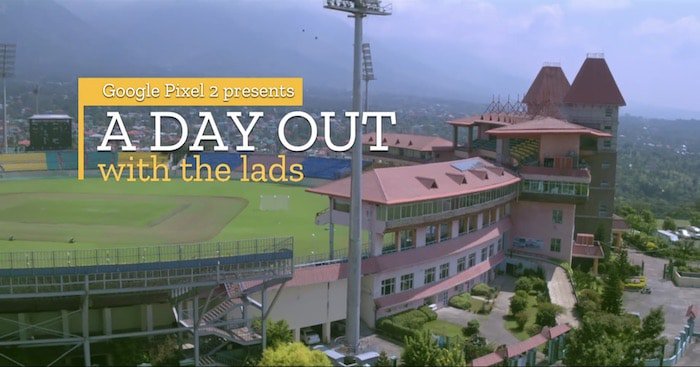 Standing tall with the Wall

We have always had our concerns about having a very popular face representing a brand. When we first saw the ad, the same concern sprung up. Although Rahul Dravid is not a figure who is loud or hyperactive in his actions or dialogue delivery but his presence can easily overshadow any brand or product. And initially, we felt the same. As Dravid has been the star of the video, after watching the video we got a lot of Dravid-feels from the video.

But as we saw the video a few more times, it started registering who was the subtle hero in this case: the Google Pixel 2.

The video does a good job of highlighting many great features of the Google Pixel 2. It talks about the stable camera, highlights Google Assistant and what all things can be done with it, how intelligent the camera on the Pixel 2 is, its low light performance, and Google’s cloud service to store unlimited photos and videos. 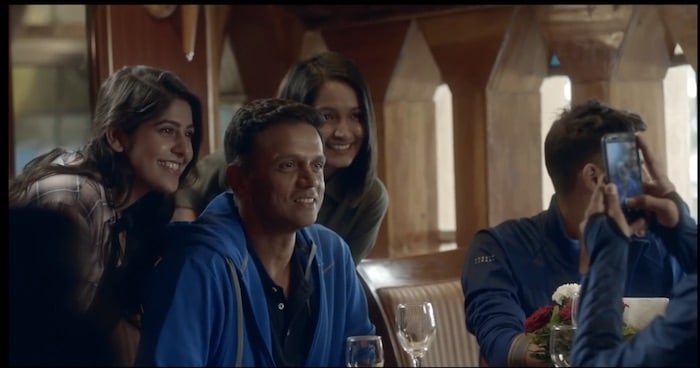 Initially, this also felt like one of those ads where the star of the show and the brand ambassador of the show often collide into one but thankfully it was not the case. The video is not short enough to be considered as an ad but can be cut short, and clips of it can be used as a TVC, and it would still make sense, which is another great thing about it.

We think it does justice highlighting the USPs of the product and definitely sells Pixel 2 with the help of Rahul Dravid. 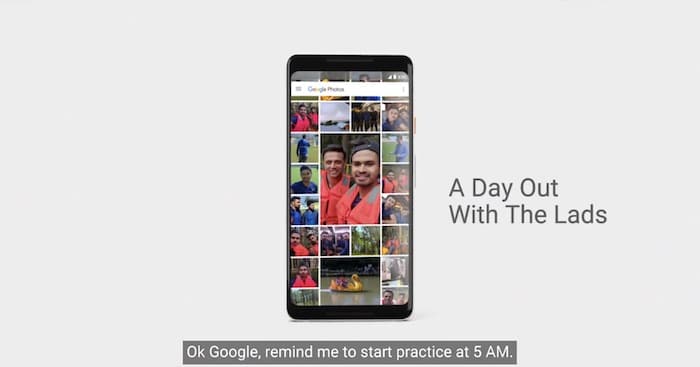 “A day out with the lads” is a good promotional video for the Pixel 2. It is not short but has a storyline which is carried forward through the entire ad. It starts with Dravid losing his car keys and ends with finding out how they got lost, so the plot never went missing. The video fulfills its purpose of highlighting the sheer versatility of the device, and yet does not deviate from its path of highlighting Pixel 2 and not Dravid. That said, for many, it might always be about the cricketing legend, which can be a drawback for the Pixel 2. Dravid is known as the dependable, go-to guy and the ad aims to highlight the same with Google Pixel 2. It has tried to draw parallels between the two stars of the video and has successfully put Pixel 2 in a similar limelight.

We do not know how well the Pixel 2 is doing or if this video will help Google pump up its sales, but we do know for sure that, this will go down well with a lot of cricket fans in India. And that is never a bad thing for any brand.