After having used budget fitness bands from Xiaomi, I decided to finally up the game and invest a little more. In comes the Honor Band 3 – a slightly premium band from the Huawei sub-brand that aims to offer a lot more than standard budget trackers. While it may not be in the league of the Garmin or Fitbit trackers, but it surely has a lot to offer. 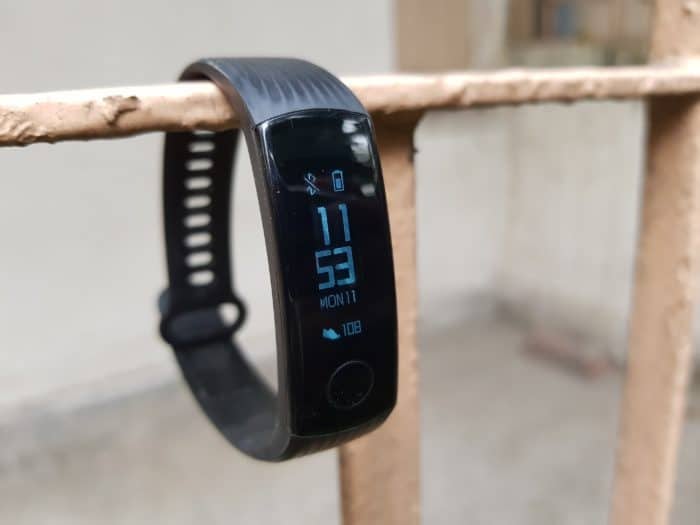 The first and foremost thing that would strike you about the Honor Band 3 is its design. The tracker that’s intended to replace your wristwatch looks and feel a lot premium than what its sub Rs 3,000 price mark would suggest. Not only it packs a fairly large 0.9-inch P-OLED display, but also come with a nice rubberized strap that’s really comfortable to use for long hours. The soft silicone material of the strap doesn’t let you know you are even wearing it. The ultra-lightweight of the fitness band complements the strap in doing so. For starters, the Honor Band 3 comes in three strap colors namely Black, Orange and Blue. 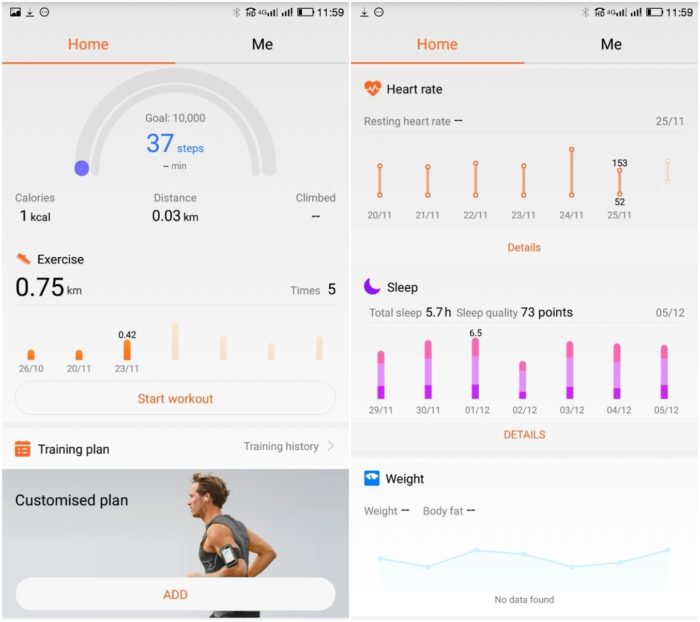 The fitness tracker has aged pretty well. It’s been nearly two months since I am using it, and the display now has multiple small scratches. That said, it is much less than what I had incurred on my Mi Band after a fortnight use. It’s, however, advisable that you install an affordable screen protector on the Honor Band 3 before you start using it. In that way, the band would remain good as new, and may even fetch a slightly higher resale value just in case you get bored with it. Moreover, the strap too is still good as new, and there’s no sign of dents and color fading.

The P-OLED display on the Honor Band 3 is decently bright in indoor conditions, but in broad daylight, it gets tougher to read. The outdoor readability of the band is at par with the Mi Band 2. The larger display of the Honor Band 3 helps in providing more relevant fitness information at the touch of a button. This means you need not take out your phone from your pocket for accessing information like steps, sleep duration, heart rate and more. The larger than standard display of the budget tracker helps it double up as a watch. The band responds to gestures like raising hands to light up the display. That said, on some occasions it fails out perceive your hand movement, thereby failing to light up the P-OLED screen. 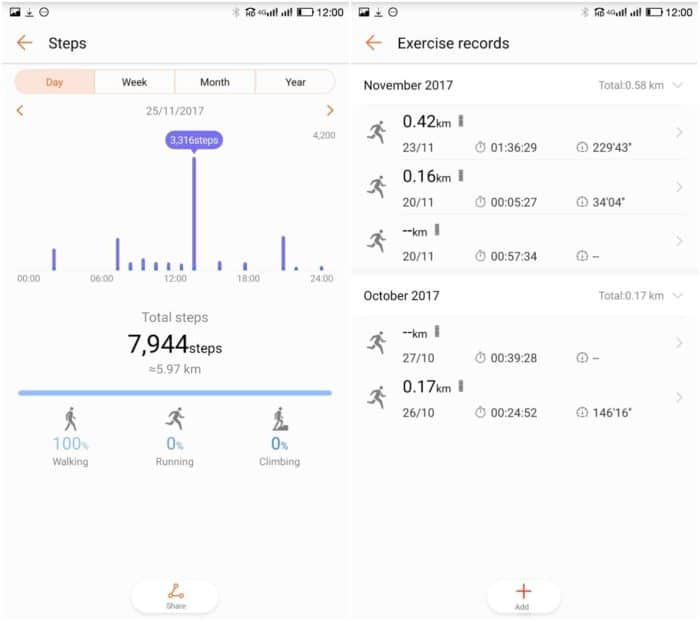 Setting up the band is a slightly complicated affair with you needing to download a bunch of apps. These include Huawei Health, Huawei Wear, and Huawei Mobile Services. While the first app is for checking the relevant data recorded by the fitness band, the last two are primarily for making the first one work. The Honor Band 3 is capable of calculating various fitness-related data starting from steps, calories burnt, to sleep-related information. 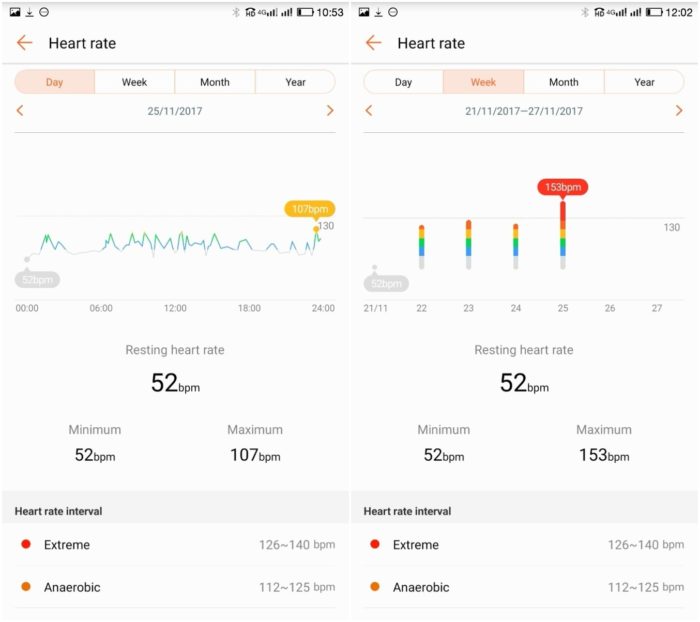 Another feature that works great on the Honor Band 3 is sleep tracking. The Honor Band 3 is capable of recording total, deep, light and REM sleep. Moreover, it can record the number of times and duration of intervals when you were awake during the previous night sleep. The Huawei Health app showcases the recorded sleep data in a rather engaging format. It segregates the different periods of your sleep in colorful bar graphs for easy understanding. What’s more interesting is the fact that, the band can record data of your naps. So even if you take a power nap during the day, your band can now record it. And that’s something not possible in either the Xiaomi or Lenovo band. To motivate you to take enough rest at night, the Health app provides you with a sleep quality rating based on the recorded data, which are then matched with its sleep index algorithm.

The step tracking, though, isn’t that great on the Honor Band 3. From my two months of usage, I found out the band to calculate around 5-10 percent more steps than what I was actually taking. This is because the band doesn’t have built-in GPS and primarily relies on your hand movement while walking or running for calculating steps. In fact, none of the budget fitness trackers come with a GPS check. Apparently, neither the Mi Band 2 nor the Lenovo Band are capable of calculating the steps accurately, and that’s because both rely on the same mechanism as that of the Honor Band 3. Even then, the tracking on the Xiaomi Mi Band 2 was comparatively the most accurate of the three. The Honor Band 3, on the other hand, would just get the job done. 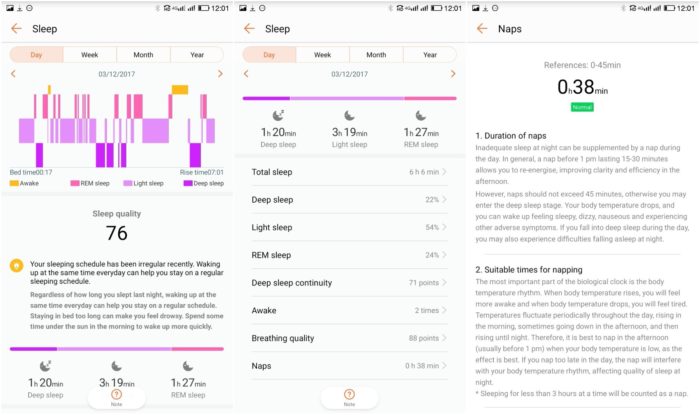 Apart from these regular set of features, the Honor Band 3 is capable of showing notifications of calls and various third-party apps. It can also be used as an alarm clock. Add to that the ability to send reminders after an hour of inactivity.

One of the interesting features of the Honor Band 3 is its class-leading 50m of water resistance. This effectively means that you can go out on a swim with the new fitness band. While I didn’t go out for a swim but I used in the shower and heavy rain, and the band remained functional even after that. The Xiaomi Mi Band 2, on the other hand, didn’t survive well under water. Even the sweat from my hands accumulated in the charging point of the tracker thereby rendering it useless. I had to visit the service center to get it fixed. And this happened thrice with me on three different Mi bands, thereby raising serious questions in my mind regarding their durability. 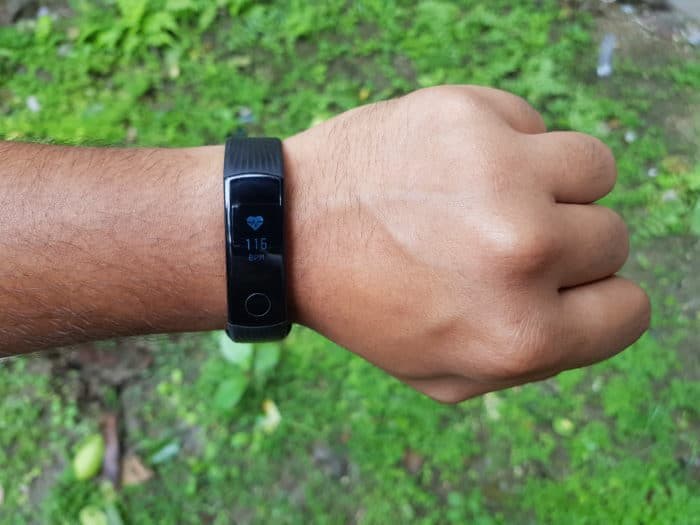 The battery life on the Honor fitness tracker wasn’t great. Huawei’s sub-brand might be claiming 30 days of battery life on the retail package, but I never managed to get anything similar during my day to day usage. The Honor Band 3 usually last for an average of three to four days on a single charge with all functionalities like sleep tracking and heart rate monitoring switched on. The maximum battery life I was able to squeeze out of the band was of 7 days, which was achieved by disabling most of the added functionalities. So, those looking out for a good battery life as criteria for their fitness band should steer clear of the Honor Band 3. For them, the aging Xiaomi Mi Band 2 would be the best option.

Overall, the Honor Band 3 impressed me during the two months of usage. The premium built, large display, impeccable water resistance, accurate heart rate monitoring and sleep data were enough for me to shell out a Rs 1,000 premium over the Mi Band 2 or even the Mi Band HRX. In my honest opinion, you wouldn’t mind owning an Honor Band 3 in case you want to invest on one, but it’s probably still now something that you MUST have!

Was this article helpful?
YesNo
TechPP is supported by our audience. We may earn affiliate commissions from buying links on this site.
Read Next
Nothing Phone (1) Review: Nothing like Anything Out There
#Honor #Honor Band 3 #review