Back in October, Google announced that it has included a custom chip — Pixel Visual Core — for accelerating the HDR+ feature on the Pixel 2 lineup. However, the component has remained largely dormant for the last couple of months, at least for the users outside of the enthusiasts club. Today, the search engine juggernaut has finally enabled the chip by default for everyone with the latest February security update. Previously, interested users had to switch it on manually from the developer options. 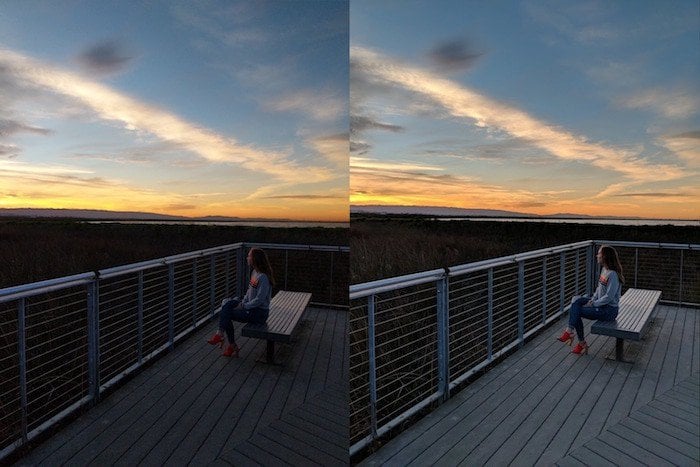 In addition to boosting the pace at which your Pixel 2 processes images, the co-processor will now also allow third-party apps to leverage the company’s HDR+ technology. To kick things off, Google has introduced three partners — Snapchat, WhatsApp, and Instagram. Therefore, the quality of pictures you take on these applications should, more or less, match that of the phone’s native camera app. More apps should presumably follow in the coming months. I’m particularly excited what apps like VSCO come up with.

Moreover, one of the key perks of having Pixel Visual Core is a framework called “RAISR”. It essentially lets you click much sharper zoomed-in pictures and even reduces the shutter lag to almost nil. In related news, Google, a few weeks ago, has added “AR Stickers” to its default camera app. The feature allows anyone to simply drag and drop virtual characters in their shots. Although the collection is rather limited right now, I hope Google brings more content soon.

Ofer Shacham, Engineering Manager for Pixel Visual Core added, “These aren’t the only updates coming to Pixel this month. As announced last year, the goal is to build new features for Pixel over time so the phone keeps getting better. Later this week, we are adding new Augmented Reality (AR) Stickers themed around winter sports, so you can dress up videos and photos with freestyle skiers, twirling ice skaters, hockey players, and more. Like all AR stickers, these characters interact with both the camera and each other, creating a fun-filled way to enhance the moments you capture and share”.

Was this article helpful?
YesNo
TechPP is supported by our audience. We may earn affiliate commissions from buying links on this site.
Read Next
20+ Best Google Doodle Games You Should Play [in 2023]
#google #Pixel 2 #Pixel Visual Core #Update