Editing screenshots on Android has always remained a cumbersome task unless you download and make use of any of the hundreds of third-party tools. Google is all set to change that, however, at least for the ones taken on its own app. The company is now rolling out a new beta update which adds a handy built-in screenshot editor to the official Google app on Android. 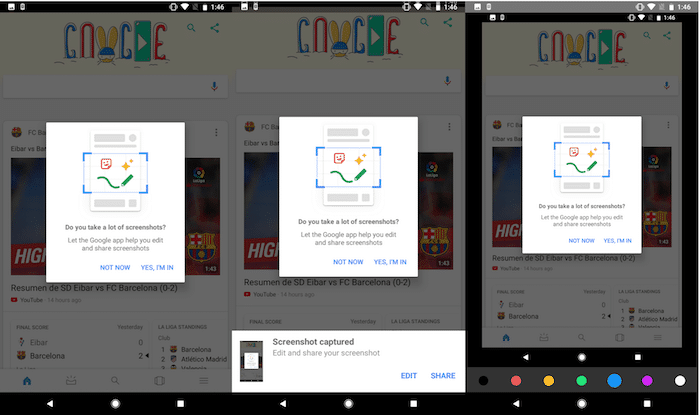 Post the update; whenever you capture a screenshot inside the Google app of pages such as the Feed, search results, or follow-up links viewed through Chrome Custom Tabs, the app will bring up a panel from the bottom. You can choose to either share the image or edit it. The editor is relatively straightforward and features only a handful of options. You can crop the screenshot or doodle over it. The app, although, doesn’t yet allow altering the brush size, and the color palette (seven shades) is quite limited as well. But I reckon that these should suffice the majority of users.

Enable the Hidden Screenshot Tool on the Google App 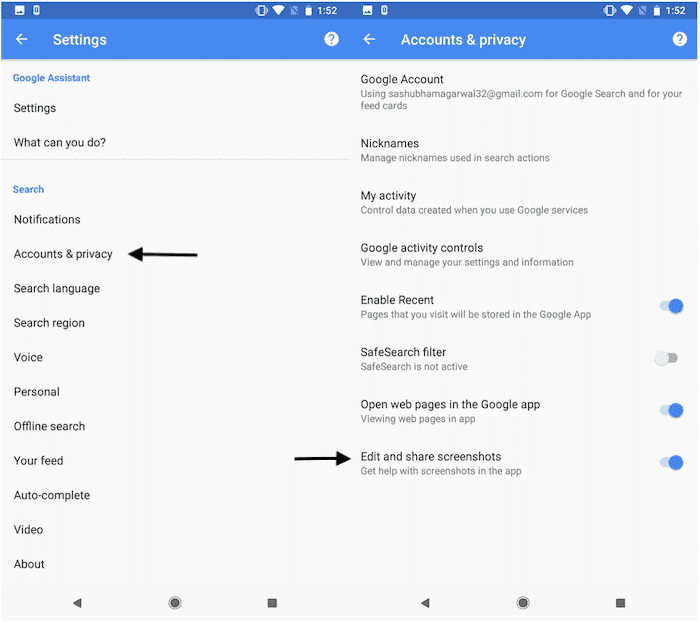 Apple had added a similar tool to iPhones only a couple of months through the iOS 11 update. Although, that functions with screenshots throughout the operating system, not just the ones taken on Apple’s own apps. Therefore, it’s possible Google might bring the tool natively to Android as well with the forthcoming Android P update or perhaps, inside its virtual Assistant which already has a “Share a Screenshot” option.

TechPP is supported by our audience. We may earn affiliate commissions from buying links on this site.
Read Next
How to Use Apple Maps on Android and Windows [2023]
#android #google #screenshot editor