“This is our biggest iOS release ever“, proudly claimed Craig Federighi, Apple’s senior vice president of Software Engineering, on stage at their WWDC keynote. And I have no trouble believing that statement as iOS 11 brings a myriad of new additions and changes to the existing ones for both the iPhone and iPad. From native augmented reality support to better machine learning integrations, iOS 11 is truly one of the most advanced updates announced. 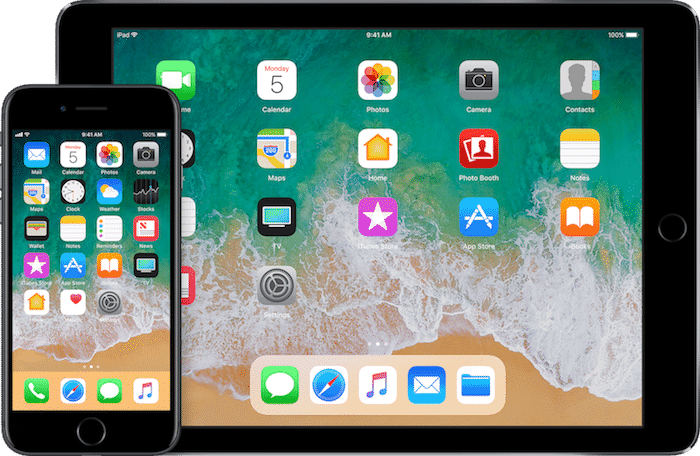 However, other than these monumental features, there’s a slew of tiny tweaks the company has made to improve your experience. In this article, we discuss fourteen such additions.

Yes, you can finally type to Siri instead of talking. Unlike before, it now allows you fire up a new conversation by manually inputting your queries. Speaking to your phone isn’t always convenient you see.

2. Keyboard Updates on the iPad

Accessing special characters and numbers on an iPad is a lot more convenient on iOS 11. With the new update, you can simply tap the shift key and these symbols will be visible on the alphabet keys themselves.

Apple is bringing one-handed mode to a couple of its apps with iOS 11. As of now, there’s a new one-hand mode on the keyboard and Maps for zooming.

You no longer require a third-party application for scanning QR codes on iOS. The feature is now natively available in the camera app.

Apart from a complete redesign, the control center can be now completely customized based on your preferences. You can also alter the order of quick toggles (finally).

With iOS 11, you will be able to offload apps which you don’t use regularly. The data of these will be still stored (unless you remove explicitly) on the device so that you can reinstall and begin from where you left off without any hiccups.

iOS 11 also lets you enable a much bolder text OS-wide. Once turned on, elements such as titles, numbers on the dial pad will significantly more visible than before. It’s certainly a nifty addition for a bit older users.

The settings page for managing storage has received a facelift as well. For starters, the “Storage and iCloud Usage” tab is now just “iPhone Storage” and you can get a glance of all your storage space, offline and online, at a single location. Furthermore, iOS 11 brings recommendations for conserving space like auto deleting old conversations, clearing large Messages attachments, and storing Messages in iCloud, a new feature that syncs Messages across all of your devices.

Browsing on Safari (in case you do) is a lot more private with iOS 11 with a new option called  “Try to Prevent Cross-Site Tracking” that essentially prevents websites to influence advertisements based on your history.

Similar to Android O, iOS 11 also supports password auto-filling on third-party apps. Previously, this was limited to only Apple apps such as Safari.

iOS 11 also features a much more convenient way to setup your new iPhone. There’s now an option to hold it near an existing device to automatically copy over settings, preferences, and iCloud Keychain.

Rejoice! Apple has added a native toggle for recording your device’s screen. The feature is accessible from the control center or the settings app.

Now, instead of installing another app, you can scribble, highlight or doodle on your screenshots right after you capture them as it floats on the screen. You don’t need to dive back to the camera roll like before.

Not that anyone cares but it’s worth noting that Apple has added support for indoor maps with iOS 11. The company has partnered with a few organizations as of now.

Those were some of the lesser-known features of iOS 11. Let us know if we missed something in the comments section.

Was this article helpful?
YesNo
TechPP is supported by our audience. We may earn affiliate commissions from buying links on this site.
Read Next
How to Unlock your iPhone using an Apple Watch and vice versa
#features #iOS 11 #ipad #iphone