Huawei has just debuted its MediaPad M5 lineup at the Mobile World Congress in Barcelona. The rumour mills were bang on, as Huawei has indeed launched two variants of the MediaPad M5. Among the duo, one is called Huawei MediaPad M5 Pro, and it comes with an M Pen stylus. 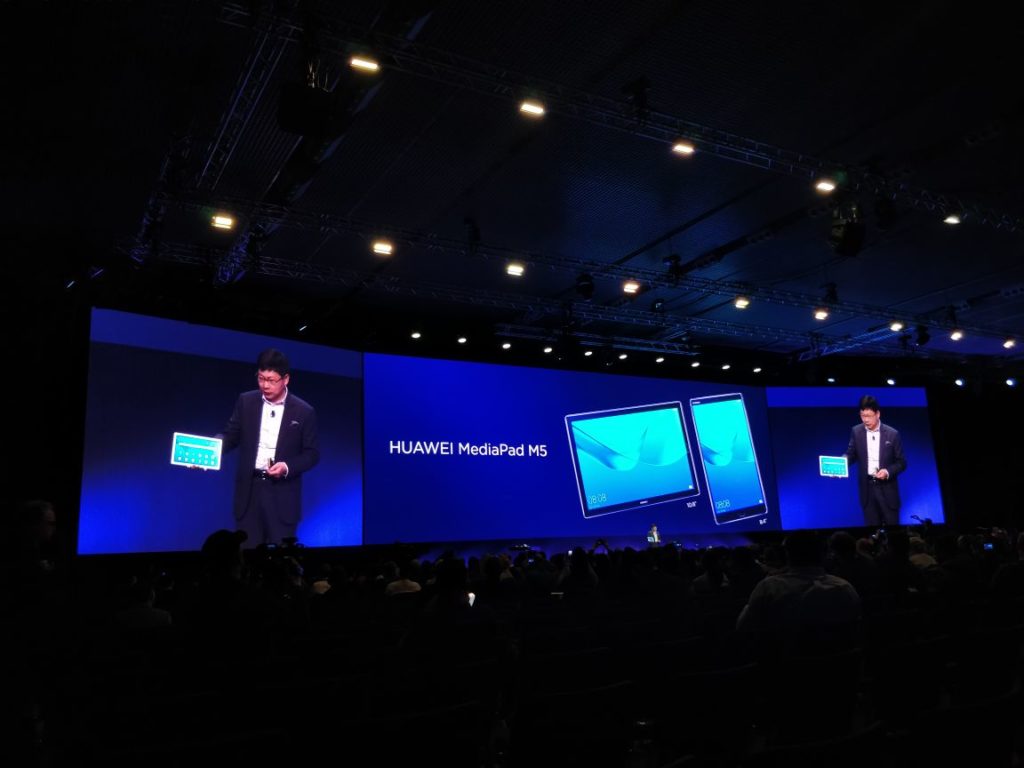 The Huawei MediaPad M5 is supposedly the first tablet to come with a 2.5D Curved Glass. It not only helps in improving the viewing angle of the device but also make it looks rather premium. The all-new MediaPads come in two display variants – 8.4-inch and 10.5-inch display with M Pen stylus. Speaking of displays, the all-new tablets comes with Quad HD (2,560 x 1,440p) IPS LCD panels. Furthermore, Huawei is equipping the tablets with a ClariVu display technology that promises better picture clarity.

Huawei has included a set of two speakers in the standard MediaPad M5. The MediaPad M5 Pro, on the other hand, features quad speakers. With that said, Huawei has comprised on the audio front by omitting the 3.5mm headphone jack. The Huawei M-Pen stylus that comes with the top end MediaPad M5 Pro features up to 4096 levels of pressure sensitivity.

The Chinese OEM is yet to reveal an official rollout day for the tablet yet. Huawei hasn’t even revealed details of the price of the tablets either.

Was this article helpful?
YesNo
TechPP is supported by our audience. We may earn affiliate commissions from buying links on this site.
Read Next
Huawei FreeBuds 4i Review: A Well-Rounded ANC Performer for Its Price
#Huawei #Huawei MediaPad M5 #Huawei MediaPad M5 10 Pro #MWC 2018