HMD Global backed reincarnated Nokia brand has launched a slew of new smartphones at the Mobile World Congress in Barcelona. These include the Android Go powered Nokia 1, Android One powered Nokia 6 and Nokia 7 Plus, Nokia 8810 and the flagship Nokia 8 Sirocco. Quite naturally, the Nokia 8 Sirocco is the best-looking device of the lot and is by the far the most expensive one out there.

The Nokia 8 Sirocco follows the characteristic design language of the all new Nokia lineup, but it distinguishes itself from the rest by its display. The top end offering from the Finnish brand comes with a 5.5 inch pOLED 18:9 dual edged display that offers splendid viewing experience. Gone are the large bezels found in the last generation Nokia 8. The all-new smartphone has minimal black borders all round and results in a rather compact form factor. There’s no doubt in the fact that the new Nokia 8 Sirocco is the Finish brand’s direct competitor to the Samsung Galaxy S9. It’s hard to deny that the Nokia designer borrowed design cues from the South Korean firm while designing their flagships.

Talking about design, the Nokia 8 Sirocco is carved out of a single block of stainless steel. The use of stainless steel results in a markedly improved structural integrity when compared to aluminum body counterparts. Furthermore, the Nokia 8 Sirocco features diamond cut sides thereby giving it a premium appeal. It’s incredibly thin and is just 2mm thick at the edges. That said, the flagship is 7.5mm in width at its thickest portion. Nokia has also incorporated support for wireless charging onto the design of the flagship. This in line with the recent trend of wireless charging in flagship smartphone, that got flagged off with the launch of the new iPhones late last year. 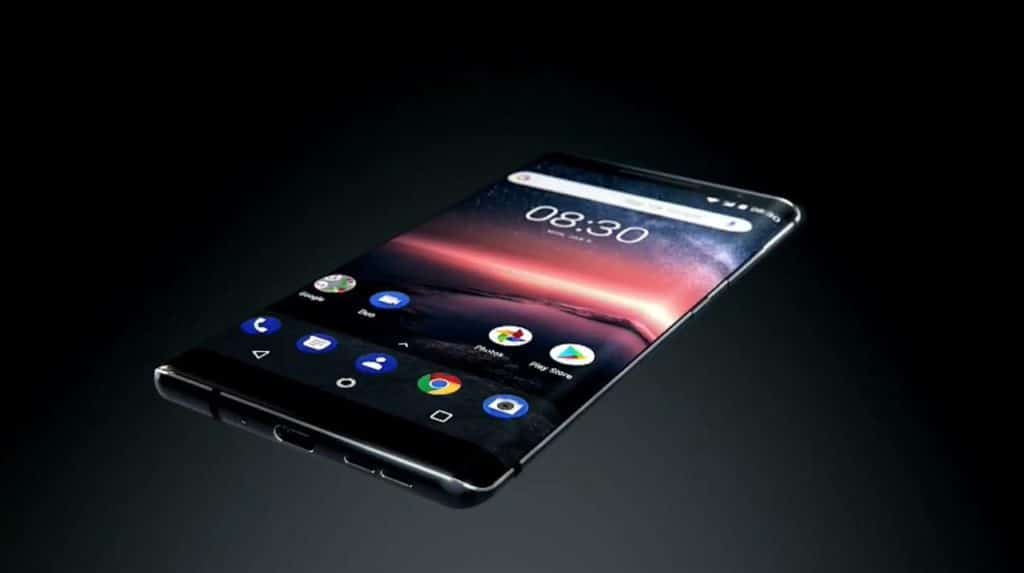 Internally, the Nokia 8 Sirocco rock 6GB RAM and 128GB of internal storage. The camera department is manned by a dual camera lens sourced from Zeiss. There’s also a Zeiss backed selfie snapper on the front of the device. The flagship smartphone comes with IP68 water and dust resistance, thereby making it safe to use in pools or in the shower. For providing an improved audio experience Nokia has included three high dynamic microphones with spatial audio support in the new smartphone.

The Nokia 8 Sirocco will be available starting April and will retail at a price of 749 Euros. Nokia is expected to globally roll out the flagship to almost all of its international markets including India. The 749 Euros price tag of the Nokia 8 Sirocco makes us believe that the flagship will be announced with a price tag of around Rs 60,000 in India sometime later this year.

Was this article helpful?
YesNo
TechPP is supported by our audience. We may earn affiliate commissions from buying links on this site.
Read Next
Nokia Power Earbuds Lite Review: Connecting through Clear Audio against Tough...
#MWC 2018 #nokia #Nokia 8 Sirocco