It’s the day one here at the Mobile World Conference 2018, and kickstarting the next wave of launches is Sony with its current year flagships. They announced the Xperia XZ2 series that comprises of the XZ2 and an XZ2. What are these phones all about? We got a chance to lay our hands on the phones and here are our initial impressions.

First up is the Xperia XZ2 which is the bigger of the two. Coming with a 5.7-inch Full HD+ screen protected by Corning Gorilla Glass 5, the screen has an 18:9 aspect ration. It has decent viewing angles but is rather reflective and picks up smudges too easily. But the bigger worry we had was the fact that the phone has a considerable amount of bezels (even after skinning it off from earlier), it doesn’t look like a phone that has a taller aspect ration. The back of the phone is glossy. Comes in various colors such as gray, purple, pink and blue. While the glass does add style, it also makes way for wireless charging. Coming at an 11.1 mm thickness and weighing a whooping 198gms making it not just thick and bulky, but heavy too.

The phone comes with a dedicated shutter button, a power button and a volume rocker all on the right side. The power button could’ve been placed slightly closer to the volume rockers. The circularly shaped fingerprint scanner figures on the back of the phone and the position is rather quirky again, as the camera is positioned where the index finger would typically land itself.

Under the hood is Qualcomm’s latest flagship processor, the Snapdragon 845 chipset, coupled with 4GB of RAM and 64GB of internal memory. Adreno 630 renders the GPU duties. The phone runs on Sony’s custom skin built off of Android Oreo 8.0. Packing a 3140 mAh battery, the phone supports Qualcomm’s QC 3.0. True to Sony traditions, the phone is also IP68 certified. 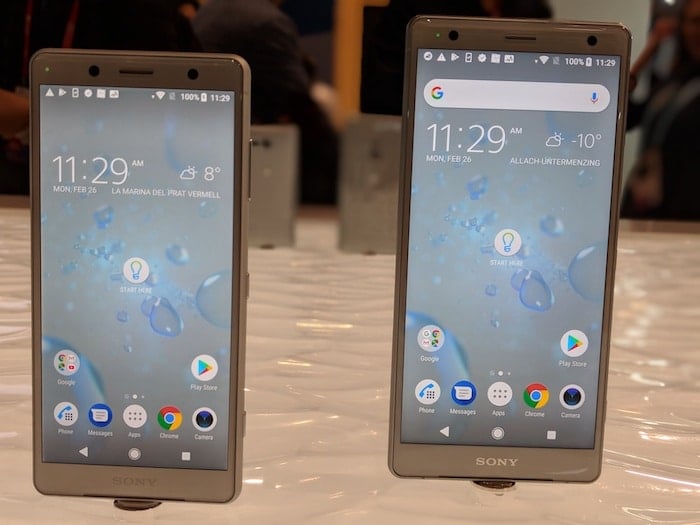 With a 19MP f/2.0camera on the back, there is still no sign of dual cameras. A 5MP f/2.2 camera finds itself on the front. The highlight of the camera department is the 960fps slow motion ability in full HD mode, a first in the industry. The videos too have ultra HD ability to bring out high contrasts in the scenes.

Sony has included a Dynamic Vibration system that picks up the audio signatures to turn them into user regulated haptic feedback that aims at providing an immersive effect during media consumption and gaming. There is also a 3D selfie creator that takes a selfie of you and turns them into animated versions of funny things.

The smaller variant called the XZ2 Compact has the same internals as its bigger brother with some minor differences. The battery is 2870 mAh, and the screen is 5-inch only. It’s denied of the glass back as the phone is fully made out of high-quality polycarbonate. It’s again bulky and heavy at 168 gms. While the sim tray on the XZ2 is placed on the top edge of the phone, the Compact has it on the left side. The Compact too comes in similar colors as its bigger brother. 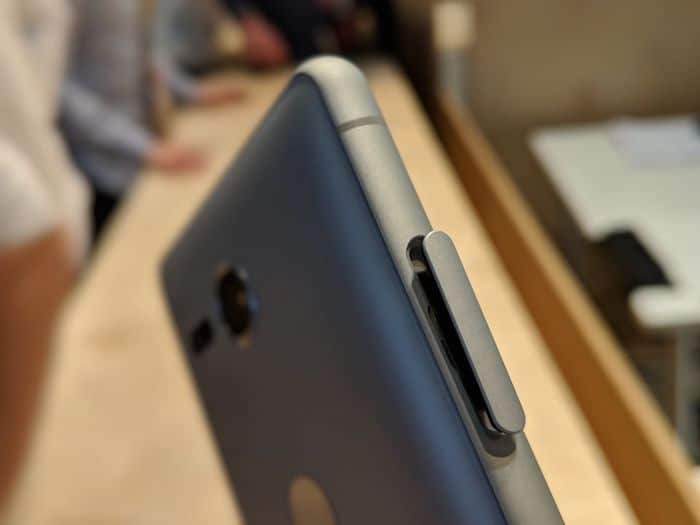 Though Sony has opted for Qualcomm’s latest processor, it seems to miss out on lots of things when compared to the flagships of its counterparts – normal/typical design, bulk and weight is slightly putting off, fingerprint scanner has moved from the side to the back, but there is nothing groundbreaking here – all of which make a huge difference in this segment. We will have to wait and see how these phones perform when put on sale, but we hope Sony revamps its overall designs to at least match what the Samsung and others are doing.