Moto Z2 Force vs Honor View 10: The Force has a Honorable Rival

A few years ago, getting a flagship phone for a price in the vicinity of Rs 30,000-35,000 would have been considered a pipe dream. Fast forward to today and the user is spoilt for choice in that very price segment, thanks to the likes of OnePlus, Xiaomi, Honor and Motorola, amongst others. And two of the strongest contenders in this “budget flagship” segment today are the Moto Z2 Force and the Honor View 10 (V10). Both claim to offer the very best in terms of hardware, software, and performance at price tags that would have been frankly unbelievable some years ago. But which of them is the better option for you? We attempt to figure out. 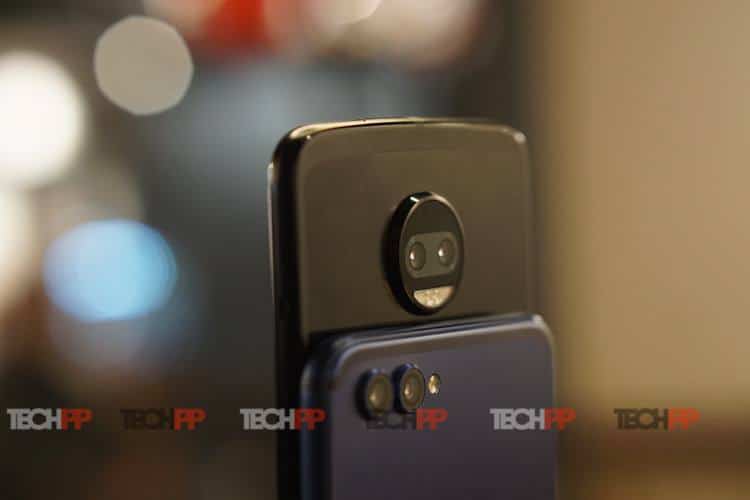 This is an incredibly close battle. Both devices are sleek in their own right, and the blue shade of the View 10 makes it a very different kettle of fish from others. But then the spherical camera unit makes the Moto Z2 Force a very distinct entity in its own right. The Z2 Force is also slimmer – 6.1 mm as against 7 mm – and lighter (143 grams as against 172 grams) than the View 10. The Z2 Force is also marginally shorter than the View 10, but then the View 10 does pack in a much larger display. The View 10’s 18:9 aspect ratio display does look more “modern” than the more conventional one on the Z2 Force and Honor has managed to squeeze a fingerprint scanner below it, even while trimming out the bezels. That said, the slightly more rounded look of the Z2 Force is more comforting than the tall one of the View 10, which is growing increasingly common. Both will turn heads when placed on a table, but we sense the more unorthodox design of the Z2 Force will turn more heads than the understated class of the View 10. Mind you, just place the TurboPower Mod on the Z2 Force and the View 10 wins this round by a mile, as the mod increases the Moto’s weight, width and also hides that very distinct back. The fact that the Z2 Force is dust and splash resistant also work in its favor. And then there is the fact that the display of the Z2 Force can take a lot more punishment and survive drops more easily than the V10 thanks to its ShatterShield display, wins it the design round. 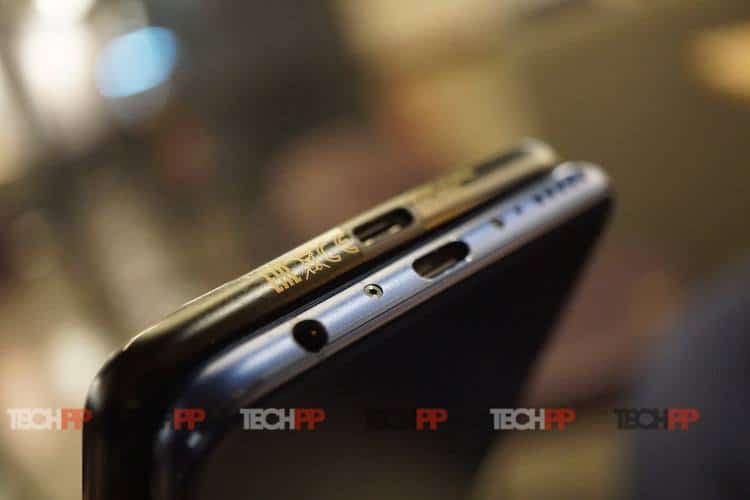 This is a real slugfest, with both devices throwing their best of 2017 at each other. The Z2 Force comes with a 5.5-inch quad HD P-OLED display which might look a trifle “traditional” compared to the taller 5.99 inch full HD+ 18:9 aspect ratio display of the View 10, but holds its own in terms of quality. The Z2 Force is powered by a Qualcomm Snapdragon 835 processor (the choice of most flagships in 2017) while the View 10 comes with Huawei’s flagship HiSilcion Kirin 970, which is a very able performer in its own right. The View 10 scores on the camera front with a 16 and 20-megapixel dual rear camera arrangement against the dual 12-megapixel cameras on the Z2 Force, and also a 13.0-megapixel front-facing camera as against the relatively modest 5.0-megapixel one on the Z2 Force. Both devices come with 6 GB RAM, but the View 10 scores on having 128 GB storage, while the Z2 Force has 64 GB. Round that off with the View 10 having a much larger battery – 3750 mAh against 2730 mAh – and you would think that the battle has a Honor-able victor. But this is where the Z2 Force’s modularity comes into play. The fact the device comes bundled with a massive 3490 mAh TurboPower mod negates the battery advantage of the View 10, and the modularity in itself – you can add a camera mod, projector mod, speaker mod and so on – gives the device more potential versatility and longevity than the View 10. It is a close call, but we are calling it a tie.

Software: That Stock vs Skin feeling! 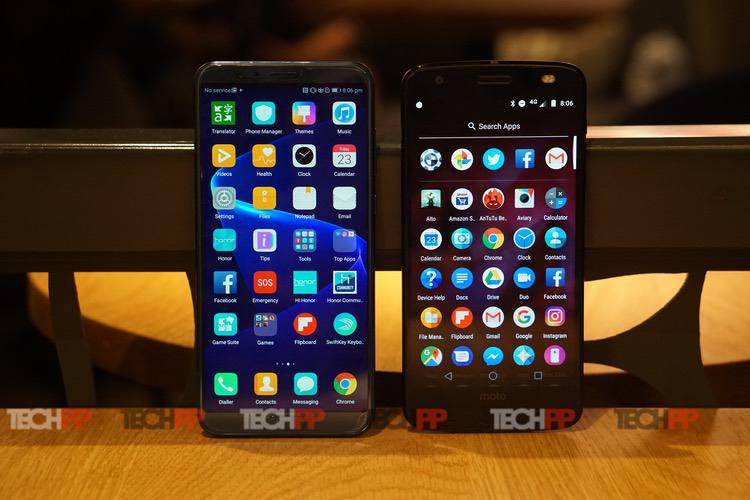 Both devices come with Android Oreo out of the box, but while the View 10 comes with the elaborate EMUI 8 layer over it, the Z2 Force sticks to Motorola’s stock Android commitment, with a few touches thrown into the camera UI and Moto gestures and the like. It really is a matter of taste. Some purists might blanch at how elaborately EMUI 8 covers Android, but we can see mainstream users loving the options they get, especially in the camera and gallery UIs which allow them to do a lot more with their content. We love EMUI but we think the stock Android with Moto accents just seems to work a lot more fluently on the Z2 Force. We are scoring this one to the Moto. 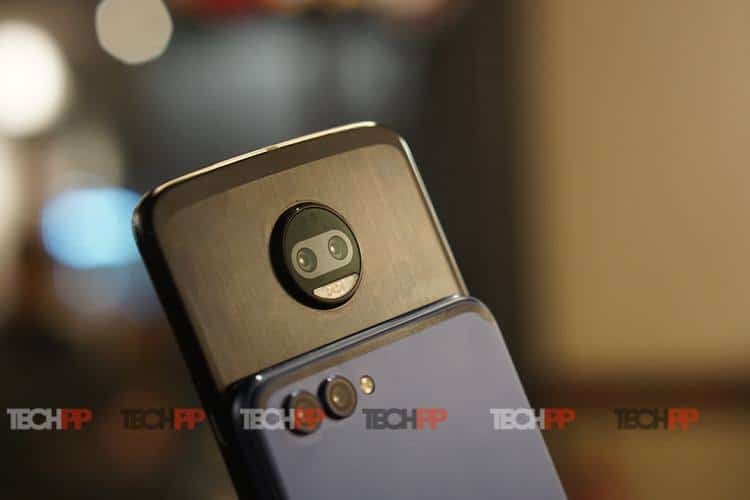 Both phones come with dual rear cameras, but while the 12.0-megapixel dual snappers of the Z2 Force (one of which is monochrome) are among the best we have seen on a Moto device, they really get outflanked by the sheer versatility of the 16 and 20-megapixel shooters on the View 10. Honor also allows users to do far more with the camera thanks to a very elaborate camera app. Yes, both cameras captured details very well, but we found the View 10 winning the portrait mode and bokeh battles comfortably and also handling glare better. The Z2 Force’s colors were more realistic but the View 10 scored when it came to more “pleasant” pictures. The selfie battle was totally one-sided, though, with the 13.0-megapixel selfie snapper on the View 10 taking the 5.0-megapixel one on the Z2 Force to the cleaners in terms of both colors and details.

Multimedia, multi-tasking and gaming: Sigh and sound, all square 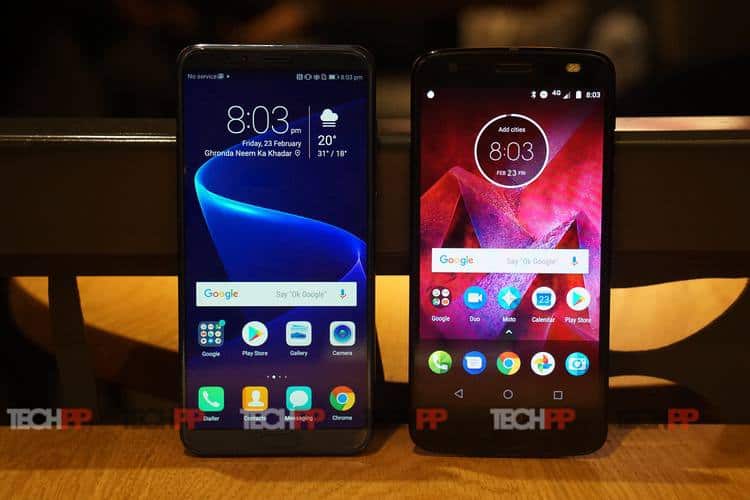 With both devices so closely matched in hardware, it is hardly surprising that this turns into a close round as well. Neither device showed any signs of lagging when it came to handling high-end games or in multi-tasking. That said, we would say that many people would prefer the larger display of the View 10 when it comes to gaming, simply for the extra real estate it provides, but the Z2 Force’s front-facing speaker does make a difference to the gaming and video watching experience too. And of course, lurking in the background is the fact that it can support gaming mods too (although those come with their own price tags). It is too tight to call, actually, and we are going with a tie here. Neither device is going to deliver a disappointing performance.

Battery life: Done in by the Mod

Taken on their own, the View 10 outguns the Moto Z2 Force, with its 3750 mAH battery seeing out a day and a half of normal use, while the Z2 Force’s more modest 2730 mAh will get you through a day at the most. But, yes, just as in the hardware section, tilting the scales is the bundled TurboPower Moto Mod which adds 3490 mAh of power to the Z2 Force, yanking its battery life to almost three days. And unlike a portable charger, this one needs no wires but simply slaps on to the back of the Z2 Force, a great ad for Moto Mods, especially when you consider that it charges the phone as fast as a wall charger. It is kind of unfair, but then just as one could not ignore the VR headset that came with the Honor 8 Pro, one cannot ignore the TurboPower Moto Mod bundled with the Z2 Pro. And that frankly makes it THE phone to beat in the battery department.

In routine day to day usage, there is not too much that separates the Z2 Force from the View 10. Both have very good fingerprint sensors, but the View 10 adds face unlock to the equation courtesy an update. On the other hand, the Z2 Force scores in call quality, a traditional Motorola strength. Of course, a lot depends on whether you like stock Android or its skinned version when it comes to handling routine day to day functions. Honestly, there is not too much to choose from here.

V for victory, or opting for the Force? 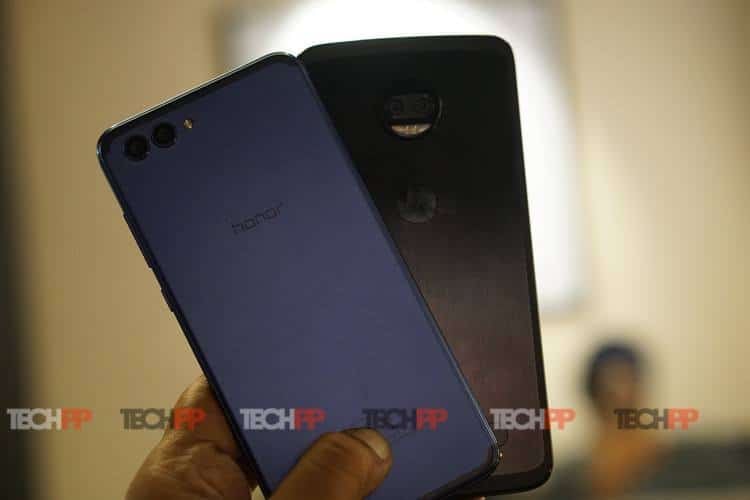 So which one should you spend your money on? If you are on a tight budget, the force (pun so intended) is with the View 10, which comes at Rs 29,990, while the Moto Z2 Force is available for Rs 34,999 – yes, some would say that the Z2 Force also includes a bundled TurboPower Mod, but that does not detract from the fact that you get the View 10, which matches the Z2 Force on hardware and outguns it in the camera department at a lower price. That said, if budget is not a constraint, we must confess that the modularity of the Z2 Force and the bundled TurboPower Mod do tilt the scales thoroughly in favor of the Z2 Force. On sheer numbers, the Z2 Force outguns the View 10 on three fronts, loses on one and three rounds finish tied. Significantly, however, the View 10 never really gets overwhelmed by the Z2 Force, and actually holds its own comfortably most of the time.

Also, some of the rounds won by the Z2 Force are a matter of subjective taste – many people might prefer the View 10’s UI to stock Android and we know people who would prefer its design (and color) to the Z2 Force.

Our own take: those wanting a flagship level device with an unbreakable display and great battery life (THAT TurboPower Mod does make a massive difference) with a geek touch would love the Moto Z2 Force, while a more mainstream user looking for great camera performance will perhaps prefer the View 10. The Force or the View 10? It all depends on your point of View, we are not Forcing you in any direction. Because both are rather super phones. At great prices.

Honor 30 launched alongside Honor 30 Pro and Honor 30 Pro+…
The sub-Rs 12,000 smartphone market has a new king: the Moto…
How to Force Quit on Mac: 5 Easy Ways to Force Quit Mac Apps
How to set up your HONOR 9A and HONOR 9S and get your…
Honor 30S with 5G Connectivity and Honor Play 9A with…
Asus Zenbook 14 UX434 Review: Your Touchpad Now has a…