Nokia 1: The Quiet One that could Go Big

It was the equivalent of Cinderella’s glass slipper at the Nokia launch ball. While most of the attention of the media was on the likes of the Nokia 8 Sirocco and the 7 Plus, the Nokia 1 it was that got the presentation underway. Not that many would have noticed – it did not get the sort of attention that the other products did. In fact, a few of our colleagues even skipped mentioning that it had been launched at all, focusing instead on the other devices that had been launched. We are talking of the Nokia 1, the Rs 5,499 phone. 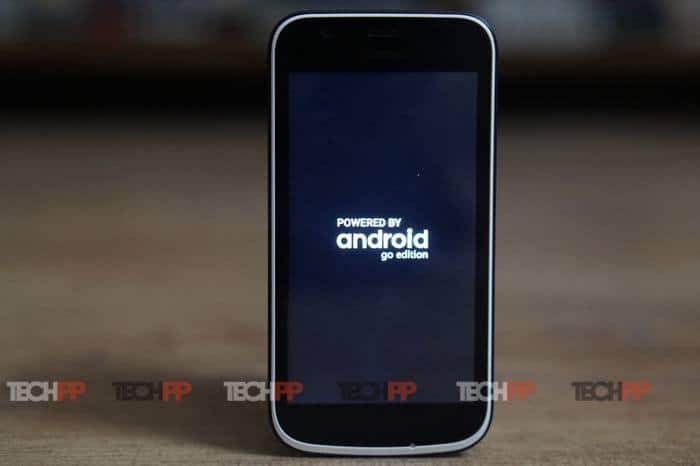 To an extent this was understandable. After all, the Nokia 1 was the most modestly specced and designed device of the quartet that was showcased that day. It came with no claims to being carved out of a block of metal or with Zeiss optics. And it had no internals that would set benchmarks on fire.

And yet. And yet it could very much be THE device that delivers what matters most to many phone companies – volumes. For make no mistake, at Rs 5499, the Nokia 1 is one of the most affordable smartphones out there to come from a relatively high-profile brand. What’s more, it comes with Android Go, Google’s Android variant that is designed for modestly-specced devices (1 GB RAM is all it needs to skip along merrily). 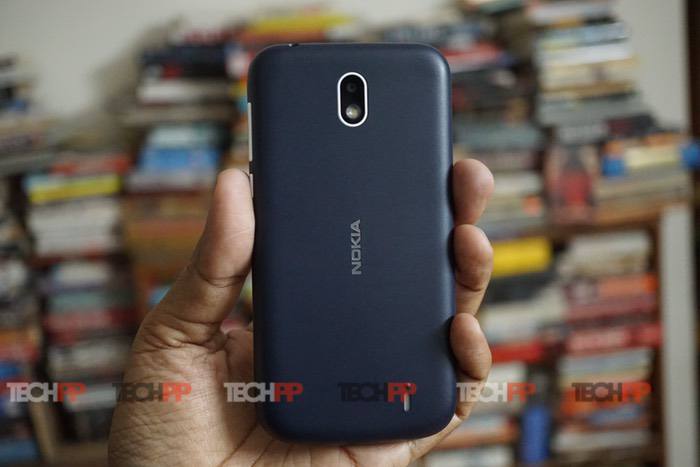 And modestly specced the Nokia 1 indeed is. We had clapped eyes on it at its international unveiling at Barcelona, and after getting it for review earlier today, our impressions have not really changed that much. The phone has a very basic feel to it – it makes no pretensions to premium-ness, but feels solid and sturdy. The removable plastic back cover and battery will have sentimentalists sighing with delight (yes, the SIM card and micro SD card slots are below the battery – just like old times), and Nokia also will come with other back cover options to let you change the look of the phone. Let’s get one thing clear, though – the Nokia 1 is meant for use, not for display. It will not win beauty contests and in terms of appearance, is not likely to turn heads with its massive bezels, large “chin,” and largely 2011-ish appearance (the white accents around the camera and the volume and display rockers are the only attempts at flair). But there is no denying that it has an assuringly solid feel to it, not least because of those five letters shining on its back.

In sheer spec terms, the Nokia 1 is pretty much similar to the first rung of Android One devices that had been launched three years ago – a 4.5-inch display with an 854 x 480px resolution, 1 GB RAM, 8 GNB storage, a 5.0-megapixel rear camera and a front-facing 2.0-megapixel camera, all powered by a MediaTek 6737M processor. The cherry on top of this rather modest cake is the presence of Android 8.1 Oreo (Go Edition) and the assurance of updates, something Nokia is very good at. Interestingly, unlike some other Android Go devices, the Nokia 1 comes with a stock Android UI and no overlays – something that theoretically might help it perform better and also make the Android update process smoother. 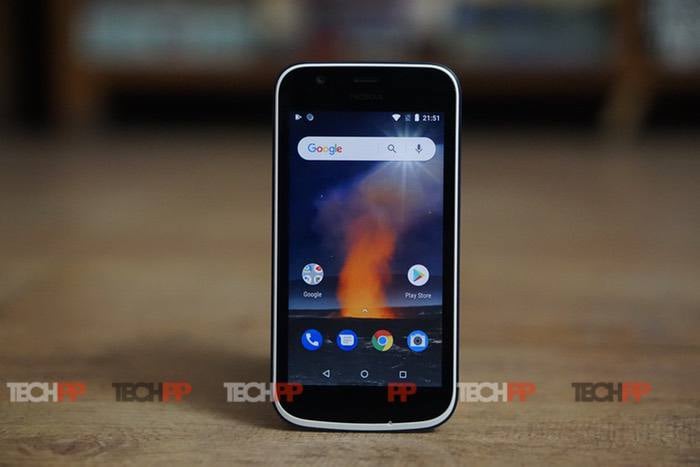 And it is that software that is actually going to be the key to the Nokia 1’s fate in the market, we sense. For it will face some fierce competition, most notably from the Xiaomi Redmi 5A which comes with a much better spec sheet and a more eye-catching design, as well as a price that is only Rs 500 north of where the Nokia 1 is (yes, we will be making that comparison in the coming days). On paper and to the eye, the Nokia 1 does not seem like anything overly special, but if Android Go does deliver on its promise of speedy performance on that humble hardware, the 1 could well be the ace in the deck of four phone-y cards Nokia launched the other day. It will not be as noticeable as the others right now but could well play a major role in Nokia’s fortunes in India in the long run.

Just like Cinderella’s glass slipper. It was not as much noticed as the person who was wearing it, but it ultimately gave the kingdom a queen.