Building software for underpowered smartphones is tough. Don’t believe me? Just ask Google. The company has been trying to improve Android experience on dirt cheap devices for a while now. Most recently, it introduced Android Go, a re-engineered fork of its beefier counterpart designed to run more efficiently on budget phones. The first wave of Android Go phones have begun to arrive and one of them is HMD Global’s new Nokia 1. We got to spend a brief time with the phone, here’s what we think of it. 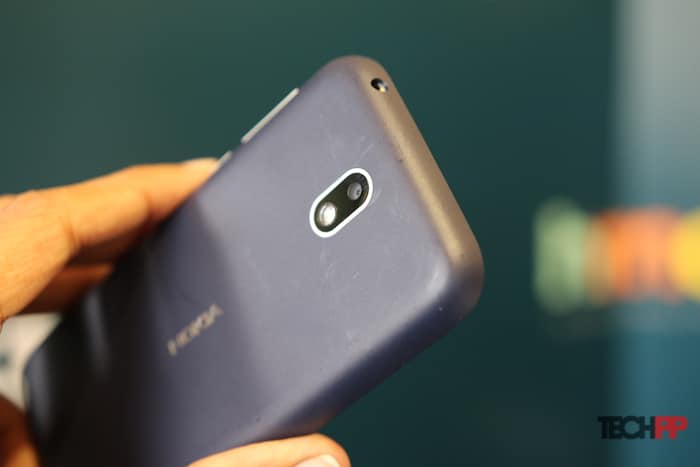 The Nokia 1’s exterior, in a lot of ways, reminds us of the company’s now discontinued Lumia series. It comes in bright, jaunty shades and features a curved polycarbonate shell that feels surprisingly pleasant to hold. The shell — which Nokia calls Xpress-On covers — can be swapped with other colors. Although the company has not announced how much each of them will cost. The phone itself is only available in two colors, Warm Red, and Dark Blue. 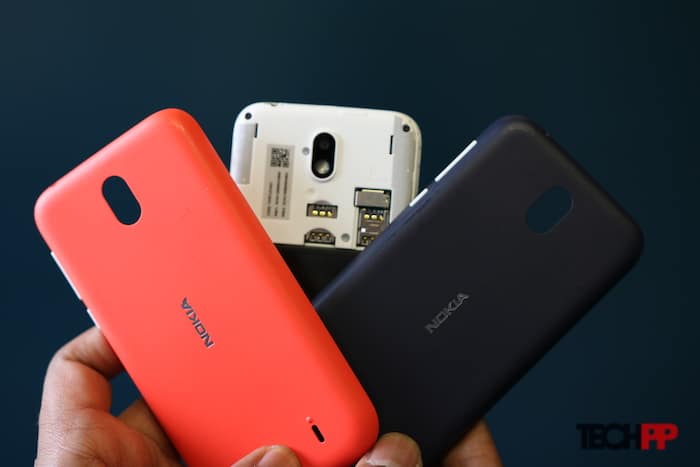 Specifications, as you would expect, are not the Nokia 1’s primary highlight. There’s a MediaTek processor clocked at 1.1GHz, 1GB of RAM, 8GB of internal memory, Android 8.1 Go edition, 2150mAh battery, and a 4.5-inch display up front with a resolution of 854 x 480. But that’s okay. Being an Android Go phone, the Nokia 1 doesn’t need the best internals to offer a seamless experience and that shows when you begin using it.

In my short spell with it, the Nokia 1 was able to fly through all the essential tasks such as jumping between multiple apps, typing, and more. One of the key factors responsible for this is the presence of a lightweight suite of Google apps like Maps Go, Gboard Go, Assistant Go, and others. While they do lack all kinds of advanced, smart features found on the regular set of Google services, all of them mostly have the basics covered like turn-by-turn navigation on Maps. 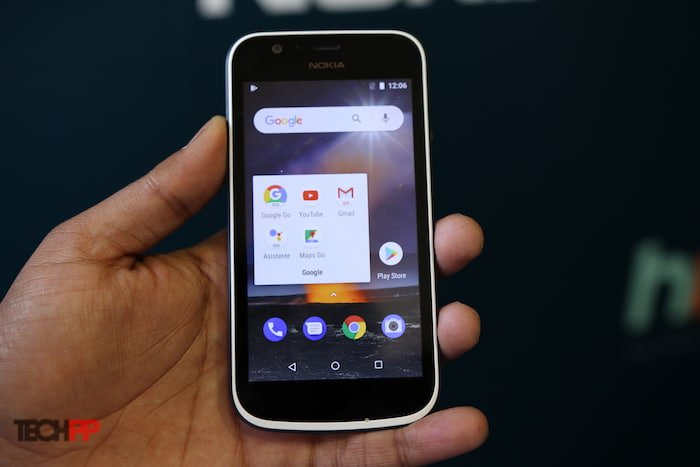 Even the touch latency was surprisingly impressive, a perk even the higher end affordable phones tend to miss out on. Although it’s worth pointing we were only switching between the preloaded applications, I expect the performance to degrade with third-party titles. The 5-megapixel rear and 2-megapixel front camera are decent enough for the price as well. It’s compatible with LTE networks and two SIM cards.

The Nokia 1 is a promising offering for the masses but for a sum of $85, I feel it’s a little on the expensive end of the spectrum. That being said, with a more sensible pricing in countries like India, the Nokia 1 can emerge as a winner thanks to the well-executed software. Of course, we’ll have to wait for HMD Global to bring it here for reaching a more definitive conclusion. The company says it will be available in a bunch of markets sometime in April.

Was this article helpful?
YesNo
TechPP is supported by our audience. We may earn affiliate commissions from buying links on this site.
Read Next
Poco F3 GT: Made of Mad-deningly Good Design
#First Cut #First Impressions #HMD Global #MWC 2018 #nokia #Nokia 1