Google is all set to refresh one of the most widely employed internet service, Gmail in a few weeks. And as we inch closer to the official launch, reports of the new features have begun pouring in abundance. Today, we’ve another such leak which says that the redesign will include something called “Confidential Mode”. 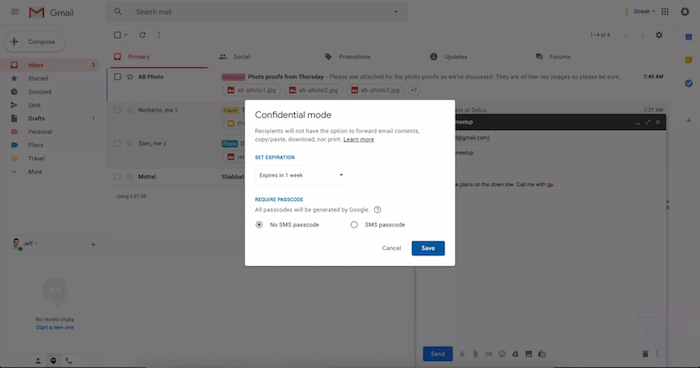 As the name suggests, the tool will help users who want to be extra cautious about how their emails are accessed. “Confidential Mode” will, for starters, prevent recipients from sharing the email’s content. Once turned on for a specific message, the user won’t be able to copy, download, forward, or even print it. In addition to that, it will also let you secure emails by enabling password protection which will be automatically generated through SMS.

Moreover, there will be an option for setting an expiration date on sent emails. Like ephemeral stories, these emails will be automatically cleared as soon as they’re in the inbox for a specific time period. Of course, these features won’t restrict the receiver’s ability to store the email’s content via taking a screenshot or capture a photo from another device. Perhaps, Google might begin disabling the former on its own apps. 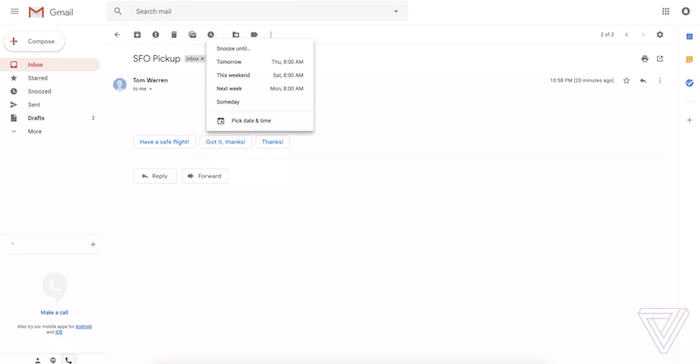 The Gmail overhaul, apart from a complete redesign, will also pack a handful of modern features you usually find on third-party clients. This includes Smart Replies which are already available on Gmail’s mobile counterparts, snoozing messages for a later time and a few new layouts for how much information you’d like to have on the home page itself. Furthermore, it will have much better integrations with Google’s other services like a sidebar for appointments, Google Tasks, and more.

While we still don’t have a launch date, the new Gmail is expected to make its first official appearance at the company’s annual developer conference next month on 8th.

Was this article helpful?
YesNo
TechPP is supported by our audience. We may earn affiliate commissions from buying links on this site.
Read Next
How to Fix Google Chrome Translate Not Working
#gmail #google