iPhone Accounts to More Than 85% of the Smartphone Profits; 35% by iPhone X Alone

Thanks to the razor-thin margins and the highly competitive nature of the smartphone market, it is very tough to rake in profits. This is especially true for smartphone brands that strive on being affordable and offering better features than their competitors. Counterpoint’s latest research has listed the smartphones that managed to rake in the maximum profits for the Q4 2017. 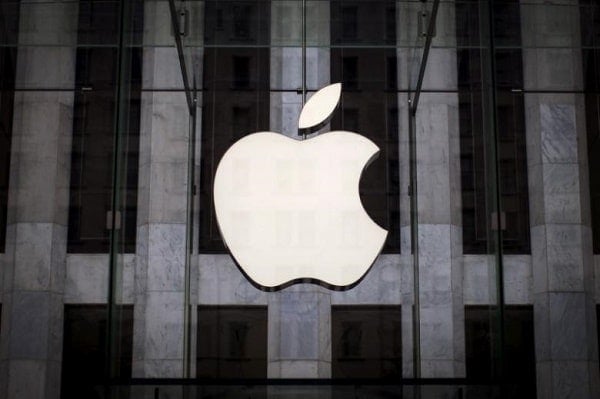 The report mentions that the growth in smartphone profit has not exactly been impressive. In fact, in Q4 2017, the overall smartphone profit has declined by 1%. According to the report, the smartphone replacement cycle has also reached its peak and this is making it difficult for OEM manufacturers to book large profits. That being said, there is one brand that currently seems to be immune to the downsides of the smartphone growth story.

Apple has been one of the very few brands that manage to keep its users on tenterhooks. With every iterative upgrade, iPhone users change to the newer models. This time around Apple seemingly multiplied its fortunes with the iPhone X, a phone that was perceived as a game changer for Apple. The Apple branding also seems to go a long way in helping the company maintain their sales and keep the profit level intact.

Apple is the Most Profitable Smartphone Brand in Q4 2017 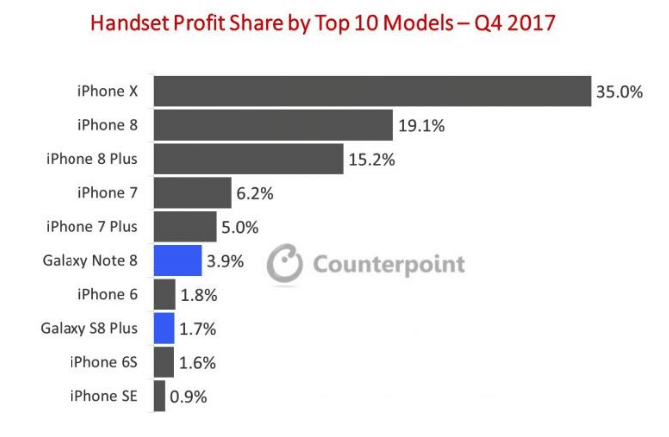 As expected the report pegs iPhone X at the top of the chart. The iPhone X alone managed to rake in 35% of the global smartphone market profit share and it was closely followed by iPhone 8 and iPhone 8 Plus at 19.1% and 15.2% respectively. It doesn’t just stop here, the leaderboard is dominated by eight iPhone models including the age-old iPhone SE. It is also worth mentioning that iPhone X accounted for a total of 35 percent profit despite selling for only two months for the quarter in question.

Another interesting tidbit, the three-year-old iPhone SE is generating more profit for Apple as compared to new smartphones from other OEM’s.

As per the report, the cumulative profits garnered by the Chinese OEM’s has gone up and grossed $1.3-Billion in the Q4 2017. The increase in profit is mostly achieved by the mix of mid-range and high-end smartphones. In fact, Huawei’s profit increased by a whopping 59% in this quarter and the cost-cutting seems to have worked out for the company.