Asus kicked off its 2018 lineup of launches in India today with the introduction of the Zenfone Max Pro M1. Awful title aside, the phone does feature a range of stand out perks which will certainly compel the competition to sit up and notice. And one of those is Xiaomi’s Redmi Note 5 Pro. So how well does the Max Pro M1 holds up against India’s most wanted smartphone right now, at least on paper? Turns out, fairly well. 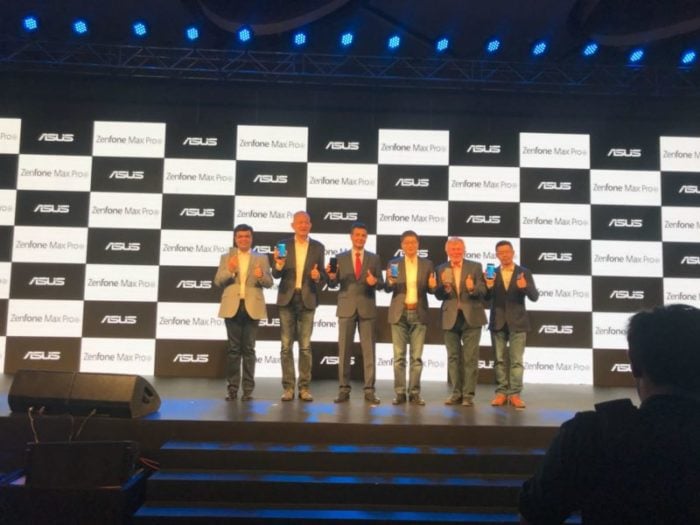 One spec apart from the same processor, which is identical on both the phones is the screen. It’s a 5.99-inch Full HD+ LCD panel with an aspect ratio of 18:9. Interestingly, though, Asus has not revealed whether the Zenfone Max Pro M1’s display is covered with a layer of Gorilla Glass or not.

Both the smartphones are powered by the same Qualcomm Snapdragon 636 octa-core chipset and come in 4 or 6GB RAM variants. Although the Zenfone Max Pro M1 does have a much more affordable 3GB RAM and 32GB internal storage option as well. There’s 64GB of onboard memory which is expandable in both the cases (up to 128GB on the Redmi Note 5 Pro and 2TB on ZenFone Max Pro). However, the Zenfone Max Pro M1 benefits from a dedicated MicroSD card slot instead of a hybrid one. 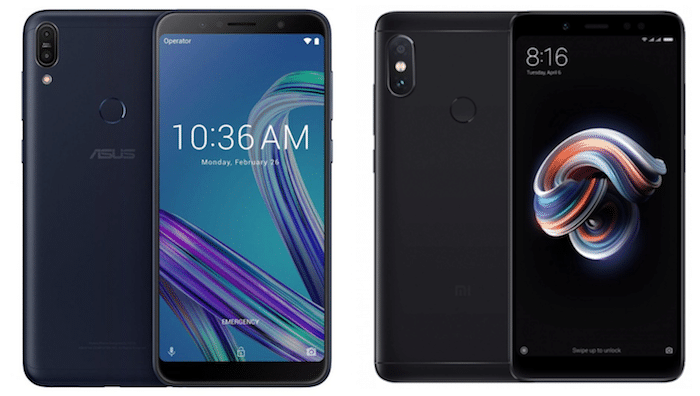 The Zenfone Max Pro M1 manages to one-up the Redmi Note 5 Pro in one of its key highlights as well — the battery. While the latter runs on a 4000mAh pack, the former comes with a larger 5000mAh. Both of them are compatible with quick charging as well.

Asus, in a surprising turn of events, decided to do away with its own, custom skin for the Zenfone Max Pro M1. Therefore, the new smartphone features stock Android 8.1 with promised updates for at least two years (Android P and Q). The Xiaomi Redmi Note 5 Pro, on the contrary, comes with the company’s own MIUI software on top of the outdated Android Nougat.

The speakers are one of the headlining features of the new Zenfone Max Pro M1. It features a 5-magnet speaker, NXP smart amplifier, and even comes with something called a “Max-Box” accessory which is essentially a plain vanilla cardboard and magnet setup for further amplifying the audio by up to 1.7x. It’s a nifty trick and to know how well does it function in real-life, you’ll have to wait for our review. The Redmi Note 5 Pro, sadly, lacks all of these features.

Both the Redmi Note 5 Pro and the Zenfone Max Pro M1 can be unlocked with a face in addition to the rear-mounted fingerprint reader. There are no special sensors available on either of them.

One critical aspect where Asus’ Zenfone Max Pro M1 shines is the starting price. Its lowest end variant with 3GB RAM and 32GB internal storage costs Rs 10,999. The 4GB RAM and 64GB memory option is priced at 12,999, a thousand bucks less than the Xiaomi Redmi Note 5 Pro’s 13,999 sum. The 6GB RAM variant costs Rs 14,999 and Rs 16,999 respectively which again, is a significant difference.

Moreover, unlike the Redmi Note 5 Pro, the Asus Zenfone Max Pro M1 will be easily available for purchase through open sales on Flipkart. To see how both of those compare in real-world tests, though, you’ll to wait for our complete review.