Apple has announced that it will be discontinuing the AirPort Express, AirPort Extreme and AirPort Time Capsule WiFi routers. The AirPort was launched way back in 1999 and it was way ahead than its competitors. During its launch, the AirPort offered WiFi support in Macs and also helped in bringing the WiFi technology to the forefront. While this might not sound impressive today, it certainly was nearly two decades ago. 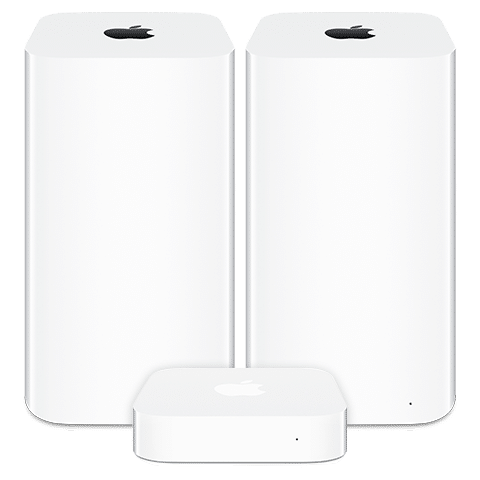 Apple has been updating the AirPort lineup with new Wifi protocols and additional features. That apart, the AirPort lineup came with some cool features, for instance, the AirPort express offered a built-in-audio jack that allowed users to stream music wirelessly and this was in 2004 when wireless music streaming was still at its infancy. Then came the Time Capsule which was introduced in 2008. The Time Capsule also offered a hard drive which worked in tandem with the OS X and backed up all of your Mac devices wirelessly.

In fact, the AirPort Base Station was updated in 2013 and ever since then, Apple has been working hard to increase its coverage. Apple also added new features including 2.4GHz and 5GHz dual band. That said, the AirPort series has not seen an update since 2013 and it was only a matter of time before Apple pulled the plug.

The WiFi router market has matured a lot recently. We are seeing a diverse range of wireless solutions across price segment and to be frank I personally don’t see the need for Apple to jump in and reclaim their spot in the routers segment. Meanwhile, Apple had to choose between products like pro displays and routers and thus it seems to have canceled the AirPort routers. That being said, Apple authorized resellers will continue selling AirPort Express, AirPort Extreme, and AirPort Time Capsule till the stocks last. And don’t worr,y Apple will still help customers out for the next 5 years when it comes to service and repairs.