LG has launched the G7 ThinQ at an event in New York. The LG G7 ThinQ comes with a dedicated button for the Google Assistant, like for the Bixby on the Samsung. The device also comes with loaded with the Google Lens, a feature that we first saw on the Pixel range and eventually made into other smartphones. LG is offering two storage variants of the G7 ThinQ, the 64GB, and the 128GB. 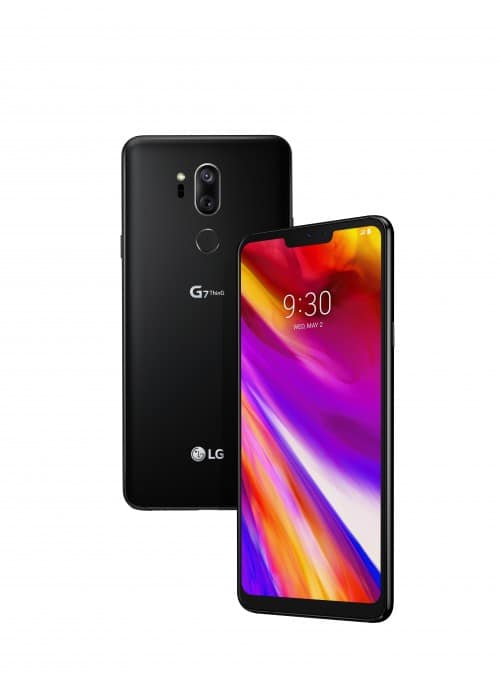 The LG G7 ThinQ comes fitted with a 6.1-inch QHD+ FullVision Super Bright LCD HDR Display at an aspect ratio of 19.5:9. Under the hood, the LG G7 ThinQ is powered by a Snapdragon 845 paired with 6GB of RAM. Camera options on the device include dual rear camera setup with two 16-Megapixel lens (one of them being wide-angle). As far as the front camera is concerned, the LG G7 ThinQ offers an 8-Megapixel sensor with f/1.9 aperture. Additionally, the phone also comes with IP68 dust and water resistance and MIL-STD-810G compliance.

LG G7 ThinQ users can activate the Google Assistant by pressing the dedicated button once and double tapping the same will open Google Lens. For those of you who don’t know, Google Lens is a camera program that can recognize objects and help you with the description and the buy link for the same. Taking the voice commands to the next level, the LG G7 ThinQ will allow users to use the voice commands from as far as five meters. On the audio front, the LG G7 ThinQ comes with a Boom Box speaker setup with DTS-X. Also present is a 32-bit HiFi Quad DAC from ESS. So the primary differentiation for the G7 ThinQ is the audio setup.

The LG G7 ThinQ is available in Platinum Gray, Aurora Black, Moroccan Blue and is powered by a 3,000mAh battery. The fingerprint sensor is situated at the back. LG G7 ThinQ pricing and availability details are yet to be announced and will vary across the geographies.

Was this article helpful?
YesNo
TechPP is supported by our audience. We may earn affiliate commissions from buying links on this site.
Read Next
LG TONE Free FP9 Review: Earbuds that Stay Clean and Sound Clean
#LG #LG G7 ThinQ