With brands launching hundreds of smartphones each year, the tech is getting pretty mundane these days. Every other year, we don’t see much innovation entering the smartphone space, with the major difference between subsequent models being in the form of an updated spec sheet. To spice things up in the rather boring smartphone space, a Switzerland-based startup, Sirin Labs, has announced plans to launch the world’s first blockchain-powered smartphone. It’s calling the upcoming device as Finney. 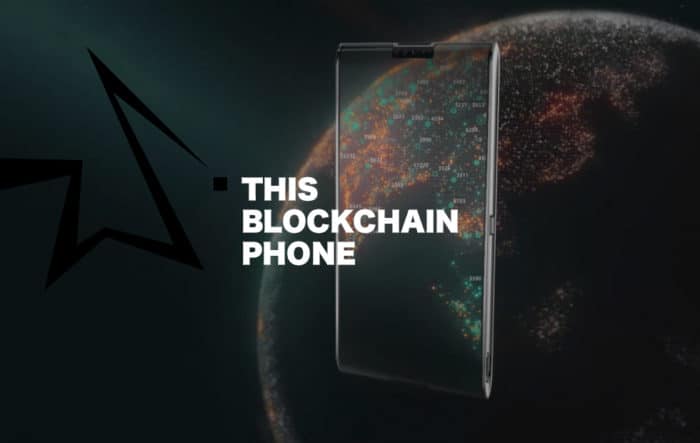 The Finney will be just like any other current day flagship in terms of the specifications. It can rival the likes of the Samsung Galaxy S9, LG G7 ThinQ and even the upcoming OnePlus 6 in terms of sheer power. The credits for the same goes to the Snapdragon 845 powered internals of the Finney. The most striking difference between a standard flagship and the Finney lies in its Blockchain powered genetics.

For starters, Blockchain is a new technology that powered by a growing list of records called blocks, which are linked together using cryptography. It’s incredibly safe and is the basis behind the world’s most popular cryptocurrency, Bitcoin. The concept of blockchain was first conceptualized by Satoshi Nakamoto back in 2008. He is also popularly regarded as the founder of Bitcoin. Leading technology companies around the world are deeply interested in this mysterious field of blockchains. Recently, the world’s largest social media platform Facebook also revealed their interest in diving blockchain technology.

The latest Blockchain based phone by Sirin Labs will be powered by what the company calls Sirin OS. That said, the most interesting feature of the Finney is its in-display fingerprint sensor. Besides, the smartphone is said to pack a 6 inch 18:9 FHD+ display, 6GB RAM, and 128GB storage The Finney will also feature a 12MP f/1.8 rear and an 8MP f/2.2 front camera. Another interesting feature of the upcoming phone is its cold storage crypto-wallet. Sirin Labs hasn’t revealed many details regarding this wallet, but the fact that it has crypto-currency involved with is enough to tingle our inquisitive brains.

A blockchain powered smartphone wouldn’t, however, come cheap and the Finney will set you back at $999. Sirin Labs has in fact entered into a partnership with Foxconn International for manufacturing the smartphone. The startup hasn’t however revealed a timeframe for the smartphone to make its way onto the consumer market.

Was this article helpful?
YesNo
TechPP is supported by our audience. We may earn affiliate commissions from buying links on this site.
Read Next
India is Likely to Rely on Blockchain Technology for Tamper-Proof Degree Cert...
#blockchain #Finney