Days before the mega unveiling of its highly anticipated flagship, Mi8, Xiaomi has announced an all-new Mi Router. It’s a fourth generation router from Xiaomi, and hence aptly called the Mi Router 4. The router replaces last year’s Mi Router 3C which is currently available for sale in India. With that said, the Mi Router 4 will be exclusive to China as of yet, but we can expect the Chinese brand to bring it to its other international markets soon. 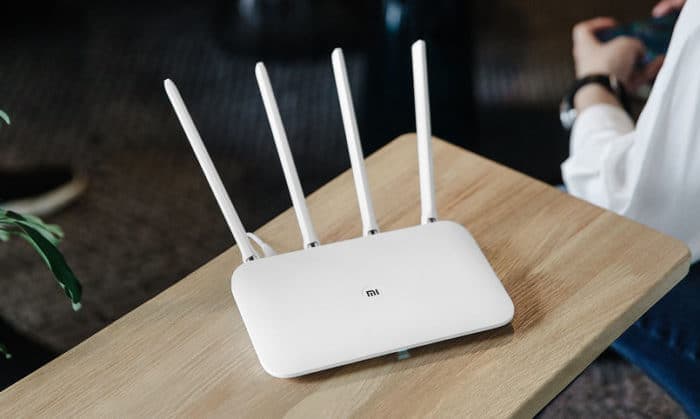 The Xiaomi Mi Router 4 isn’t vastly different from its predecessor and doesn’t feature any major changes apart from the design and the processor. The all-new router comes with a slightly modified design and features a relatively slim profile over its last generation product. The router comes with four omnidirectional antennas and a glossy finish polycarbonate shells.

To keep things cool, Xiaomi has included an aluminum-magnesium alloy heat sink inside the router. Besides, the Mi Router 4 features a number of cooling holes on its rear and high thermal conductivity thermal paste. Internally, it spots a new MediaTek MT7621A chip, which is an upgrade over the MT7620 found in the last generation model. The new chip allows the Mi Router 4 to wirelessly connect with up to 128 devices at a time. It’s also worth noting that the router comes with 128MB RAM and 128GB flash storage.

The Mi Router 4 uses Gigabit WAN/LAN+ 2.4GHz/5GHz dual-band Wi-Fi network. In terms of the connectivity, the Mi Router 4 features two LAN and one WAN port. Apart from that, the Mi Router 4 comes with WPA-PSK/WPA2-PSK encryption, SSID hiding, DoS protection as security means. Moreover, users get the ability to quickly connect smart devices with the router by simply pressing a MiNET button.

The all-new router from Xiaomi runs on MiWiFi OS, which is based on OpenWRT. It enables users to configure the router not only through a web interface but also through a proprietary mobile application. As for the price, the Mi Router 4 is marked at 199 Yuan (Rs 2,125/$31). It will be available on sale starting May 25 on a number of online platforms, including Xiaomi Mall, Youpin, Tmall, Jingdong and Suning.