Microsoft Launcher is a formidable option when it comes to Android Launchers. Microsoft first tried their hands with the arrow launcher and then they shifted to the feature-rich launcher. The company has now added yet another utility feature to the Microsoft Launcher. Microsoft has baked in a feature that allows parents to track their kids. 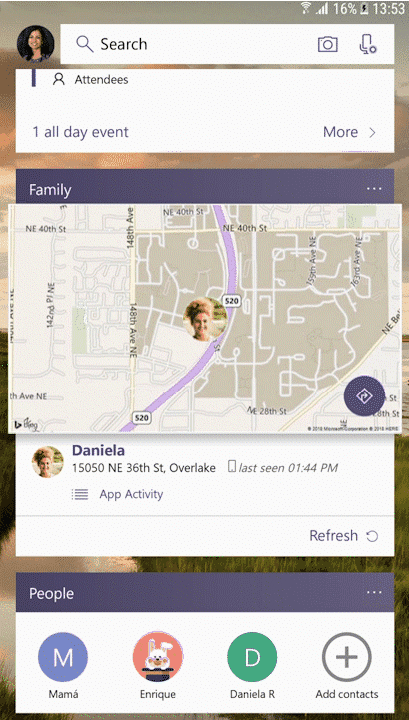 The new feature was announced as part of a Microsoft event which focussed on features related to children. Other features include the feature to block certain sites on Microsoft Edge on Android and also a news site dedicated to the kids. As of now, Microsoft’s Family Group settings already allowed the parents to set certain restrictions for the kids and also track their activity on Windows 10 and Xbox One devices.

Now, Microsoft has bundled the new tracking tool with the Android Launcher. The feature works by fetching the latest location of your kids within the personalized news feed. In order for this to work you need to set a family group after installing the Microsoft Launcher on your Android. As explained earlier, parents will also be able to view the recent activities across all devices including Xbox One and Windows 10 PC.

It is impressive how Microsoft is diluting the boundaries between platforms and is slowly turning itself into a company that is platform agnostic. Apart from the slew of apps for Android and iOS, now Microsoft is also offering a site blocking feature on Microsoft Edge. With this in place, the Microsoft Launcher will shape up as a hub to track your kids’ activities across all devices.

In the recent past, GPS devices to track your kids have not only been accessible but affordable as well. That being said, child rights and privacy campaigners are worried that this will hinder the kid’s growth and will not allow them to be independent. If such trackers become mainstream, the mankind will run the risk of having an entire generation that is raised on the idea of accepting surveillance.

Was this article helpful?
YesNo
TechPP is supported by our audience. We may earn affiliate commissions from buying links on this site.
Read Next
How to Request Read Receipts in Microsoft Outlook
#Android Launcher #microsoft