Apple pulled the wraps from the latest iOS 12 at the ongoing WWDC 2018. The demo started with a primer that showcased how Apple Store has generated a total revenue of $100 Billion last year. It is no secret that Apple always manages to achieve higher adoption level when it comes to their newest iOS update as opposed to the Android. Let us delve into the details. 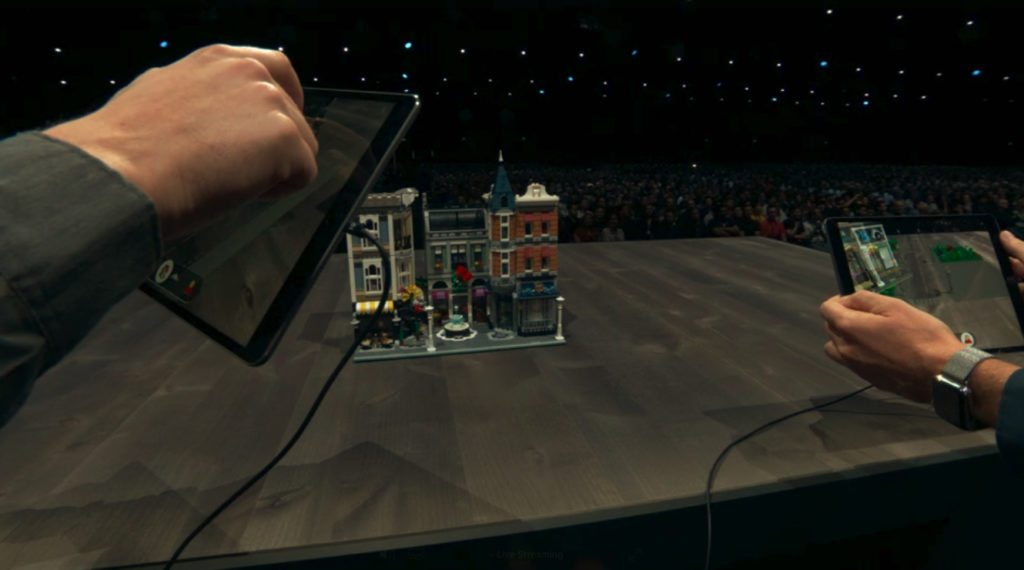 Apple has also employed a new mechanism to deal with peak loads. This mechanism/feature will “Optimize the system when it’s under load.” So what happens here is instead of increasing the CPU performance gradually the iOS 12 will directly draw enough power to handle the tasks at its disposal. Now, this makes us think what about the Battery Throttling feature?

The company has also announced a collaboration with Pixar and has readied a new file format called USDZ. This file format is specially made for the AR and it is intended to work on multiple apps across multiple platforms, more like a PDF for AR.

The ARkit 2 now comes with an improved face tracking, realistic rendering, persistent experiences and shared experiences. Thankfully Apple has also pulled the wraps from the multi-user AR app that allows two or more players to play AR games simultaneously. Apple is also bringing Lego experiences based on ARkit 2 to the App Store later this year.

As part of the iOS 12, the Search feature has also gone under the knife. Starting with the iOS 12 the Search will highlight “key moments and people that are important to you” The same sorting logic also applies for locations and categories. That apart the feature will also index each event in accordance with the date and time stamp.

The Apple Photos app has been ridiculed for not being as intuitive and user-friendly as the Google Photos. Apple seems to have listened to this and has added a dash of new features to the iOS 12 app. Called “For You” the new feature will suggest effects for featured photos.

Siri has been treated with new features as well. With the iOS 12 users can add Siri to your lock screen to help you with repetitive tasks. For instance, if you say “Hey Siri, I lost my keys” the Siri will open the Tile app and help you track the key. Furthermore, the DND or the Do Not Disturb mode will now hide all your notifications while you are sleeping.

YouTube Comments not Loading? Top 10 Ways to Fix!
How to Set Up and Use Focus Mode on iPhone in iOS 15
[Tech Ad-Ons] WFH - Apple unveils the chaos behind the calm
Realme unveils roadmap for release of Realme UI based on…
Oppo unveils full-path color management system with 10-bit…
Qualcomm announces Snapdragon 865 Plus with better…