Honor Play and Honor 9i with GPU Turbo Technology Launched

Honor has launched a new smartphone under its belt, the Honor Play. Along with the smartphone, Honor also unveiled its new ‘GPU Turbo’ acceleration technology which is said to improve graphical capabilities of the device and at the same time, reduce power consumption. Honor claims to have achieved these improvements by optimizing both the hardware (which was easy, thanks to their own in-house Kirin chipsets) and software. The GPU Turbo is said to increase the graphics processing efficiency by up to 60% and reduce the power consumption by 30%. 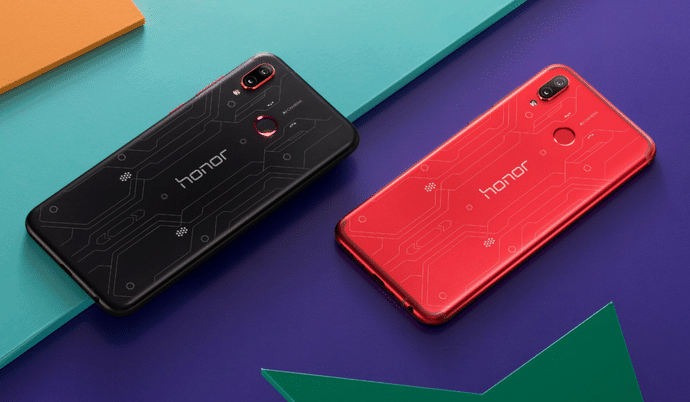 Apart from reducing lag and frame drops in games, the GPU Turbo technology can offer HDR-like gaming experiences even with games that don’t support HDR natively. Well, take that with a pinch of salt. The Honor Play is the first smartphone to be launched with this technology.

The Honor Play comes with a 6.3-inch Full HD+ display with an aspect ratio of 19:9, thanks to the notch housed at the top. Honor claims a screen to body ratio of 89% which seems pretty impressive. It also has support for 7.1-channel Histen sound and 3D game sound effects for an immersive experience. Under the hood, the Honor Play sports a Kirin 970 chip coupled with 4 or 6GB of RAM.

On the Software front, the Honor Play runs on Android 8.1 Oreo with Honor’s EMUI 8.2 skin on top. The device is backed by a 3750mAh battery. The camera department is taken care of by a dual 16+2MP camera setup on the rear with AI capabilities, similar to the implementation we saw on the Honor 10.

Honor 9i Specifications and Features

The Honor 9i on the other hand has the same technology but is aimed towards a more budget oriented demographic and hence comes with a Kirin 659 SoC under the hood. It has a 5.84 inch FHD panel (also with notch), dual 13+2MP rear cameras, a front facing 16MP camera and a more modest 3,000mAh battery.

Huawei sells its Honor smartphone brand in a bid to ensure its survival
Read Next
Source: Phoneradar