Lenovo is known for their ThinkPad series of notebook PCs and after announcing a few laptops earlier this year, they’ve launched a new addition to this lineup, the ThinkPad P52. The ThinkPad 52 comes with Intel’s latest Coffe-lake hexa-core CPUs and is Lenovo’s first 15.6-inch VR-ready mobile workstation with Nvidia’s new Quadro P3200. 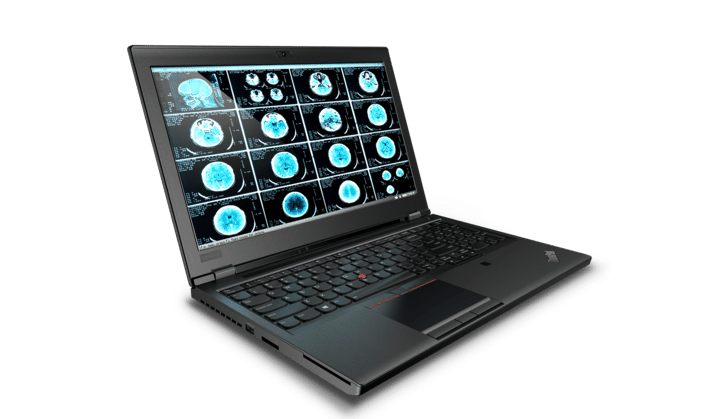 The ThinkPad P52 is a mobile workstation which demands a lot of power and the P52 doesn’t disappoint. It includes the newest 8th generation of Intel CPUs with up to 6 cores (including Intel Xeon options) and also RAM of up to a whopping 128GB for the first time, likely utilizing the new 32 GB SO-DIMM modules by Samsung. It can probably be compared to a gaming laptop except for the fact that mobile workstations are used to perform more CPU and GPU-intensive tasks.

The biggest performance upgrade compared to its predecessor is with regards to the performance of the GPU. The last-gen ThinkPad P51 had to make do with the then outdated Maxwell-based Nvidia Quadro chips, maxing out with the Quadro M2200, which was based on the old Nvidia GeForce GTX 965M. The ThinkPad P52 not only adopts newer Pascal-based GPU technology, it also broadens the scope of the GPU options as it will be offered with the new Nvidia Quadro P3200, which is based on the Nvidia GeForce GTX 1060. This is a substantial upgrade when compared to the last-gen P51 which also enables the new ThinkPad P52 to be VR-ready.

On the design front, while most of the aesthetics remain similar to its predecessors, there are minor changes like a revised keyboard with the dedicated num-pad still being present and accounted for. As far as ports are concerned, Lenovo has sacrificed a USB-A port in favor of another Thunderbolt 3 port in addition to one that already existed. There’s also an option to add an IR camera for Windows Hello. 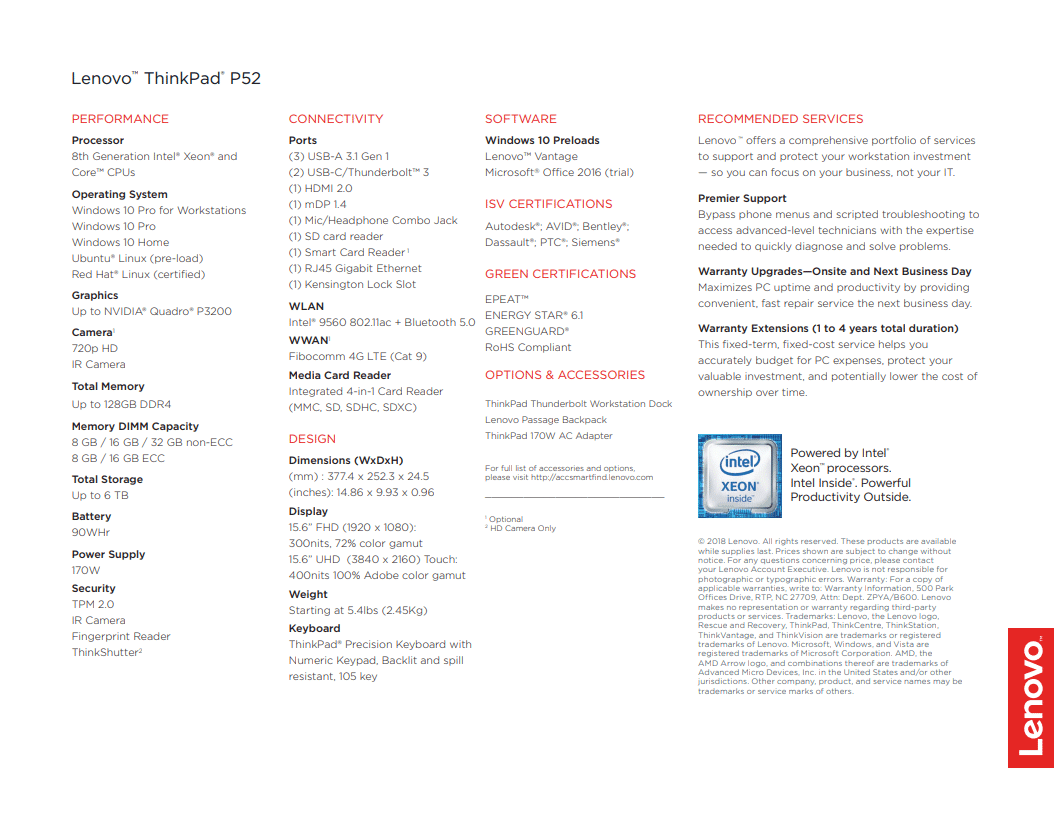 Lenovo has also upped the available screen options: The base option is an IPS LCD screen with a Full HD resolution and 72 % NTSC color gamut accurate, which is a considerable amount of improvement over the lackluster Full HD IPS screens with 45 % NTSC gamut accuracy that was offered before. The second screen option is an Ultra HD IPS LCD panel, which offers touch functionality as well and covers 100 % NTSC gamut and AdobeRGB.

The Lenovo ThinkPad P52 will up for sale starting late June. The price, however, is unannounced as of yet.